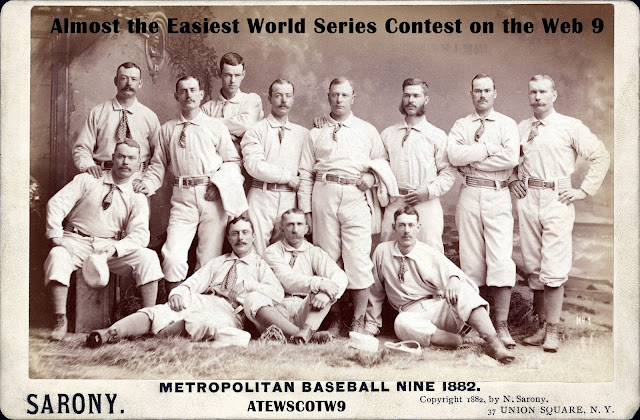 Wow what an interesting round of baseball.  The Nats swept the Cards, and the Astros finally took out the Yankees.  I'm going to be rooting for the Nats in this one.  No offense to Astros fans or the bulk of you who picked the Astros to win.  I just love rooting for the underdog.  Lets just hope all that time off hasn't cooled them down.

It would have been a very different landscape had the Yankees been able to take the series, but as it is we have a David and Goliath match up here.  The bulk of the picks were for the Astros and rightfully so, but one man picked the Nats to go all the way.  Not only picked the Nats but picked them early.  Way to go CaptKirk42

Nobody that picked the Astros picked the Nationals as their opponent is it'll come down to games and dingers to decide that winner if the Astros take the series.

Enjoy the World Series and thanks to all those who played I'll be back after the series to announce the winners.

Posted by cynicalbuddha at 6:48 AM