If you're like me, and I doubt you are, when Series 1 Topps comes out I like to play a game called Who's Still Here?  Since the Series 1 checklist is finalized long before the baseball season starts there are plenty of players that find new homes from the end of the last season to the start of the next.  I like to go through the Brewers team checklist and see who's still on the team.  Now granted Spring Training has just started so even this list might change in the next month or so, but let's see who's still on the team.  I'll do this in card order. 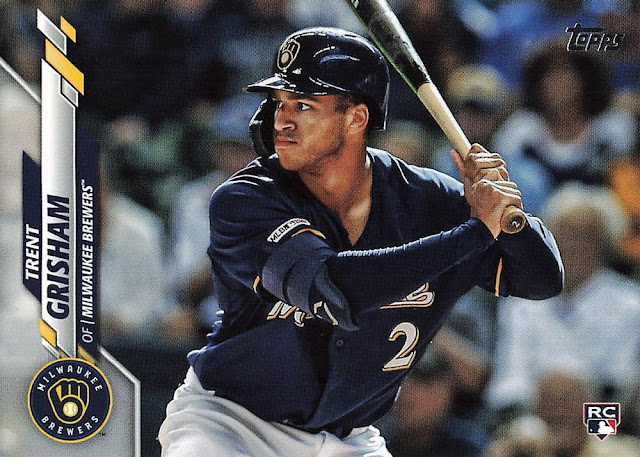 First up we have card #9 Trent Grisham, the teams lone rookie card in the checklist.  Is he still here?

Nope. Back in November Trent and Zach Davies were traded to San Diego for Luis Urias and Eric Lauer. 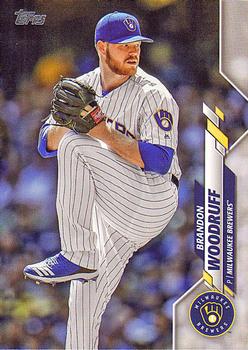 Next up card #32 Brandon Woodruff.  Is Woody still here?  Damn right, the fellow ginger beard had a great season last year going 11-3.  I look forward to seeing what he can do this year. 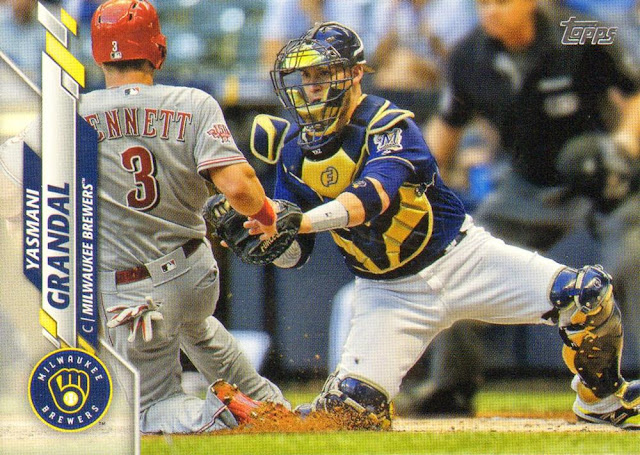 Card #52 Yasmani Grandal.  Man I really like this card, it also happens to feature another former Brewer Scooter Gennett.  Is Yas still here?

Nope. Yasmani declined his option in November and signed a 4 year deal with the White Sox. 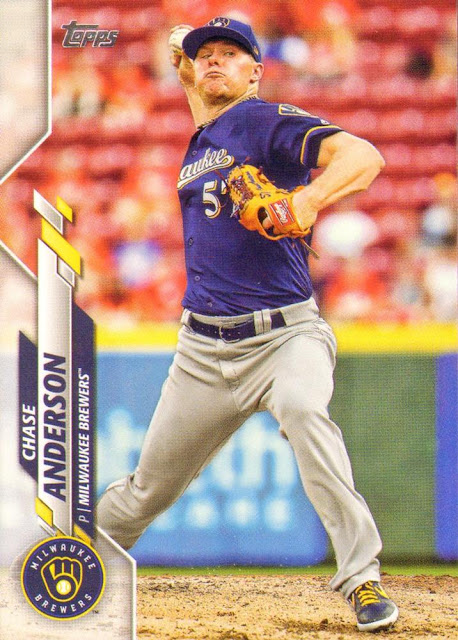 Next on the clock is card #62 Chase Anderson.  Is Chase still here?

That's another big NOPE.  Chase was traded to the Blue Jays last November for Chad Spanberger, who's not even on the Spring Training invite list, as far as I can tell. 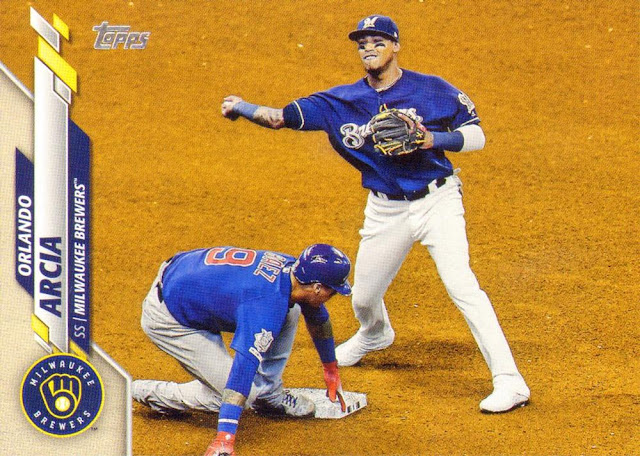 Yes sir.  Orlando had a roller coaster of a season or maybe that was last season, they all blend together sometimes.  Regardless I like Arcia and look forward to seeing him on the field again. 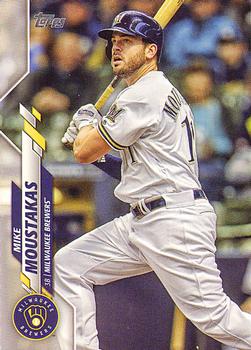 On to card #189 Mike Moustakas.  Is Moose still here?  Nope again.  Mike signed a 4 year $64 million contract with the Red in December. 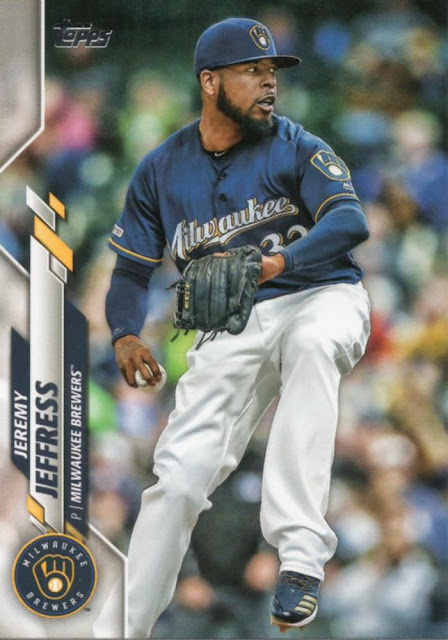 Card #191 Jeremy Jeffress.  Is Jeremy still here?  Alas the on again, off again relationship with Jeffress is off again.  The Brewers released Jeremy last September and he signed a one year deal with the Cubs. 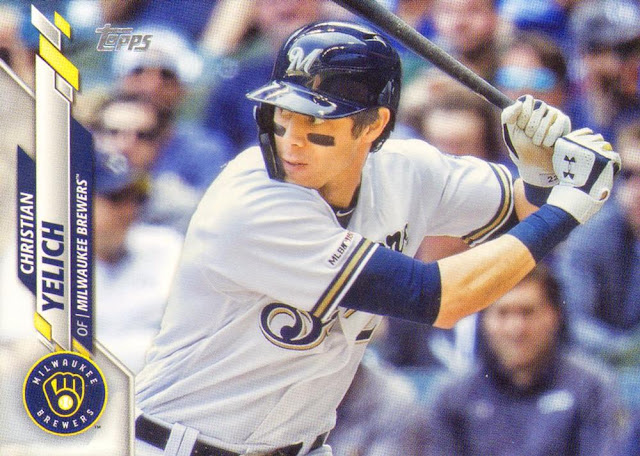 Card #200 Christian Yelich.  Is Yeli still here?  Oh yeah and he will be barring the Brewers doing something stupid through the 2021 season, maybe even the 2022 season or beyond, but I doubt the Brewers will be willing to pony up for him after that. 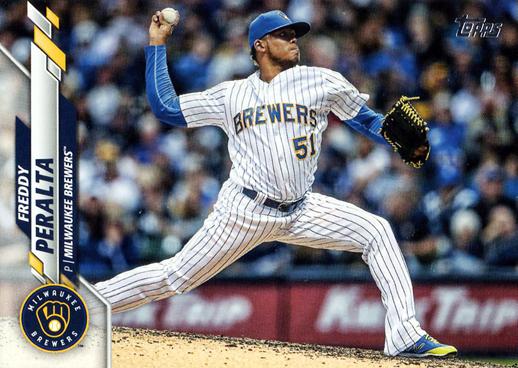 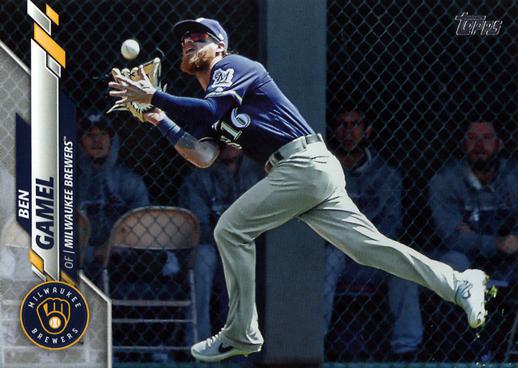 Card #344 Ben Gamel.  Is Benji still here?  Yep.  You may also remember Ben's brother Mat played for the Crew a few years ago.
And finally... 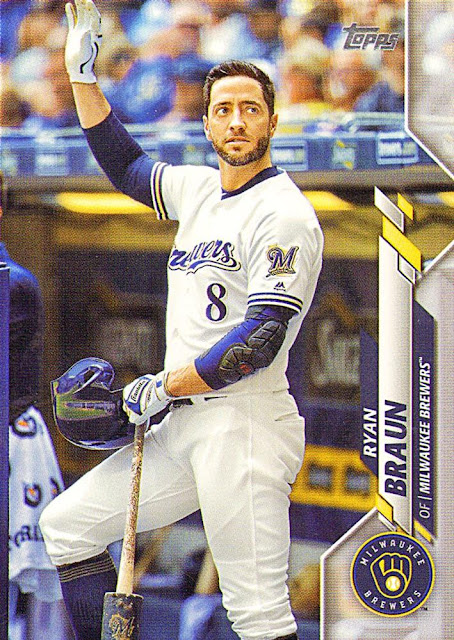 #347 Ryan Braun.  Is Ryan still here? Yes he is, but this may be his last year with the team, as he has an option for next year.

So out of the 11 player cards from the Series 1 Brewers team set we had 5 players no longer on the team featured in the set or about 45%.  I didn't do any research, but I feel that's about par for the course.
Posted by cynicalbuddha at 9:45 PM