Whew, that was a long work trip.  Let me tell you Juneau is a nice little city but 10 days of nothing but going in and out of culverts and looking for fish is exhausting.  I'm in the process of adding a few new sets to my need list.  I've been buying singles from Mr. Mem on JustCommons.com but they don't have everything I need, so if you have a stack of 2009 Upper Deck Baseball or some old 1982 Topps Baseball sitting around check out my new needs.  I've also got up my Series 2 Kimball Champions needs.  I have about half the set right now.  I'm slowly working my way through all my old set attempts and figuring out what I still need. And I'll be adding as I go along.  That being said I might have a few post up before the 4th of July but if life gets in the way just let me say Happy 4th to you all, and happy July 1st to my Canadian readers.

Well I've been out in the field for a good long stretch and just got back and get to go out again tomorrow but in the few days I had in town I manage to hunt down a couple of Jumbo Boxes of Series 2.  I got the last one from Don's and the second from Bosco's here in Anchorage.

I'll do a box by box of the hits since the only real new inserts are "Before there was Topps" and "Diamond Stars"  I'm sure you've all seen these already.  And the two boxes had some differences

First the box from Don's 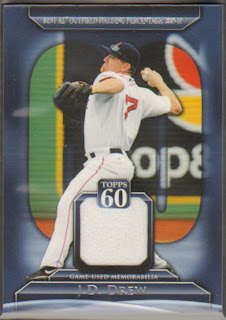 I like the Jumbo's because you get three hits, even if one of those hits is a manufactured relic.  Here we have a JD Drew relic. 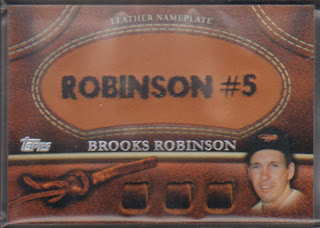 My manuglove was this nice Brooks Robinson. 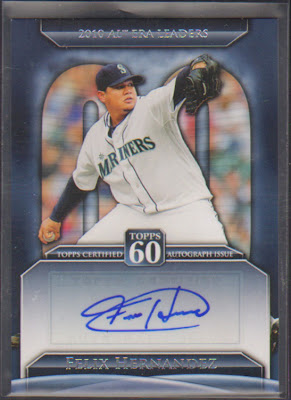 And I was very happy with my Auto a Felix Hernandez.  Great sig of the Mariners ace.  Of course I got all the other insert goodies and gold parallels and diamond parallels.  Plus this variation 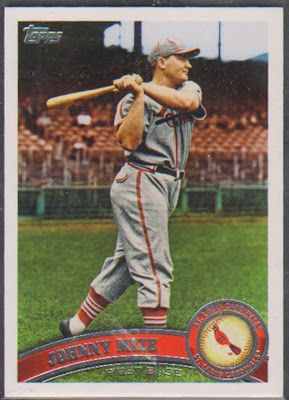 Pretty good box I only noticed two cards that had any damage to them and just a couple commons.

But this is were it all goes wrong.

Box 2.  Where box 1 all the relics were in mint shape box 2 all the relics had some kind of damage.
And here's the part I get a little pissed off about.  The relics were the only damaged cards in the box.  All the inserts, parallels and base cards were fine.  Here we go... 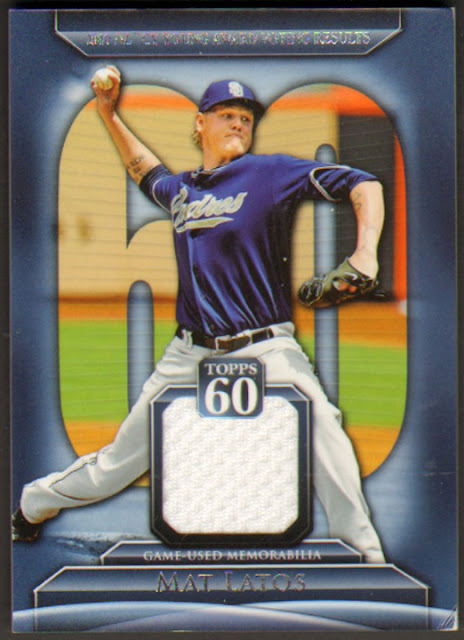 The worst was the Mat Latos relic.  I've blown it up but you can see how bad the lower right hand corner is and the upper right and lower left had rounding as well. 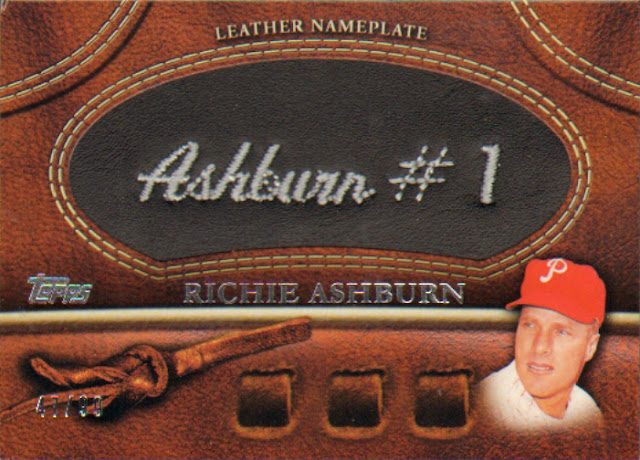 I didn't notice it at first glace but the upper left corner is pretty badly dinged here in this Black Leather nameplate.  Bummer. 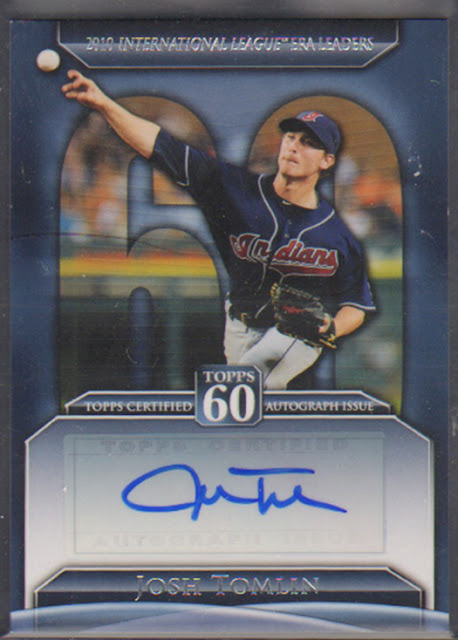 While the damage to this Josh Tomlin Auto isn't as bad, it's still noticeable on the right hand side about 3/4 of the way from the top, and the corners were a little rounded on this card too.  If this had been the only card with damaged I might have let it go, it's not too bad, but since I was sending the other two back to Topps I might as well throw this one in too.

I did get this nice variation in the box though. 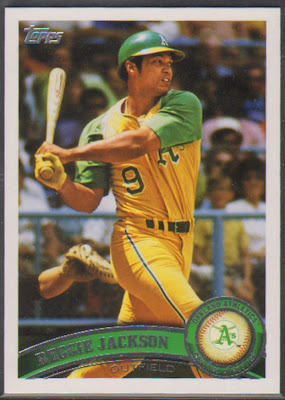 Nothing like getting a card of a player you collect.

Oh and I also got two black parallels one from each box. 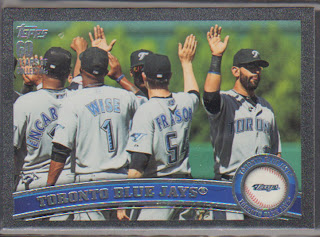 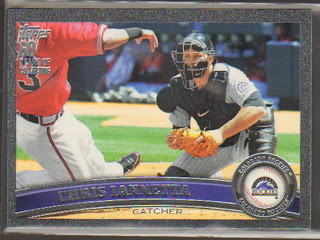 Like I said I'm sending in the three damaged hits to Topps and I'm leaving early in the morning for another trip into the field for work and won't be back home till the 26th.  I'll post a list of other goodies I got in the box and anything for trade then.

Have a great week and Happy Father's Day to all you Dads out there!!

cb out.
Posted by cynicalbuddha at 1:24 PM 2 comments: