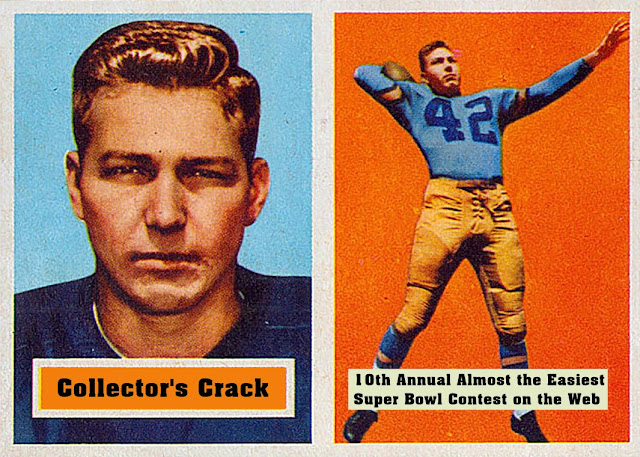 GO HERE
Posted by cynicalbuddha at 8:00 AM No comments: 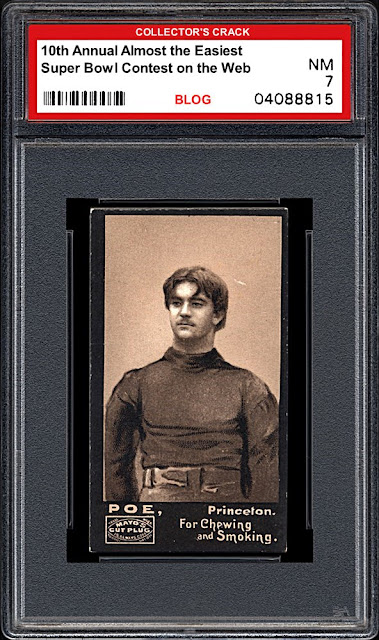 Wow it seems like every year the NFL regular season flies by.  What a great bunch of games today especially the last game of the regular season.  I was rooting the Seahawks to give my Packers the #1 seed, but that's how it goes.  Should be a great playoffs.  This year marks my 10th, you read that right, 10th Annual Super Bowl contest.  And like usual it's super easy, just tell me who's going to win. We'll also have to have a few tie breakers as I'm sure more than one person will pick the correct team.  Over the year's we've had some great guesses that were very, very close.  This year I want you tell me who the opponent will be, total points scored (both teams combined), and for good measure total number of field goals in the game (both teams combined).

The tie breakers will go in that order.  Total points is closest over or under and same with field goals.  If for some reason those tie breakers don't settle the contest and we still have multiple winners I will decided the winner by random selection at random.org.

Like year's there will also be a door prize just for signing up.  All entries will be entered into a list randomizer over at Random.org and that list will be randomized 3 times.  Person at the top wins the door prize.  But wait want an extra entry for the door prize?  Just promote this contest on your blog, twitter, instagram, or any other social media platform and you'll be get an extra entry into the door prize drawing.  Only one extra entry per person though and please remember to leave a comment with a link to the promotion with your entry.

Whew.  Ok but what's up for grabs???  Well like usual the prize packages will be catered to the winner.  A nice stack of cards of the winners favorite team will be included, that might include relics or autographed cards, depends on what I have on hand.

Oh and speaking of games starting, the Wild Card games kick off next Saturday.  So you have until Saturday, Jan 4th, 4:30 pm EST, 12:30 pm AKST to get you entry in. Don't put it off till the last second we had a few people forget to sign up for my World Series contest so get those entries in early.

OK here are the teams you get to choose from.

Good luck everybody.  I'll be posting reminders all week and putting posts up on my twitter, facebook groups, TCDB forums, and anywhere else I can think of.  I'll post the Grand and Door prize when I get those put together and I'll have a final entry post after kick off on Saturday.

Back in the Bronze Age - Some great comic pick-ups

My local comic shop, Boscos, recently bought a huge collection of bronze and silver age comics and then threw a big event at the shop to promote it.  They had lots of early Marvel and DC with lots of classic key issues all going for way more than I could afford, but they also had box after box of great back issues to look through.  In the end I decided to pick up some hole fillers in a couple runs I'm putting together.

First up are Groo #4 and 5 from the 1980's Pacific Comics run.  I have a fairly complete Epic (Marvel) run and have Groo's first appearance and Eclipse one shot, but am missing a couple from the Pacific run, nice to add these to the collection. I will say I found Boscos grading to be pretty conservative and at least to my eyes the issues looked to be in much better condition than the posted grade.   I've been pestering Dark Horse comics on Twitter if there are any plans for some nice collected editions of Groo. 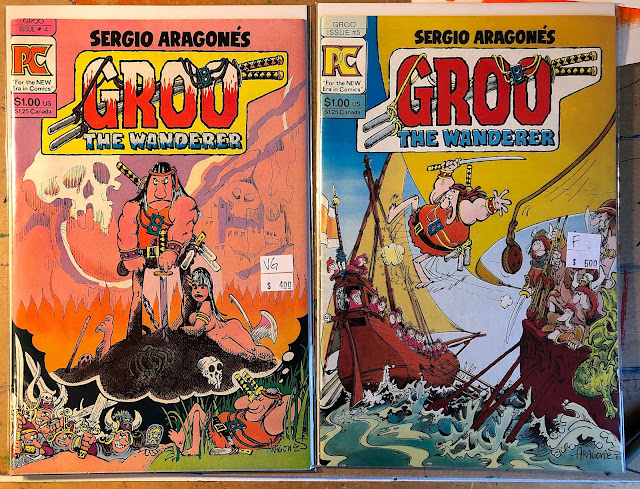 Another run I'm trying to put together is the 1970's Spider-woman run.  Again I have Spider-woman's first appearance in Marvel Spotlight and now with these editions the first 12 issues of her first solo series. 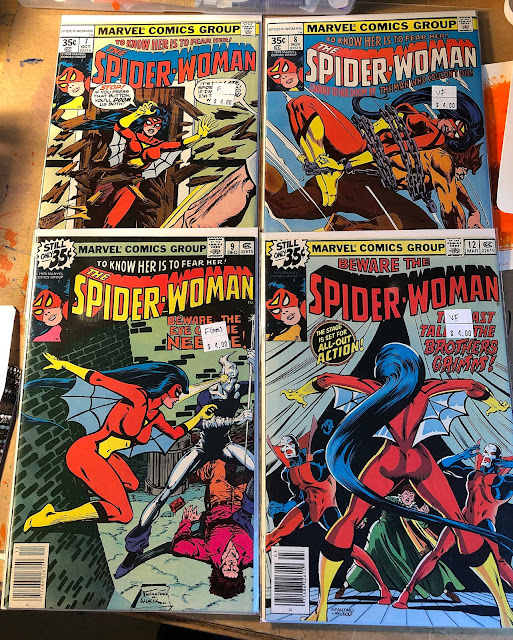 The two books I was most excited to pick up were these two.  I'm a big Iron Man fan and have been slowly picking up sub 50 issues here and there for a couple years now.  Issue #4 marks the lowest issue I have in the series.  They did have #2 and 3 for sale and I'm kind of kicking myself or not going after #2 it wasn't that expensive, although not cheap, but only a mid-grade copy.  Still I'm happy to add this very nice copy of #4 to the collection and Iron Man's first annual!  Before Annual #3 Iron Man had 2 King Size Specials, hence Annual #3 is the first Annual. 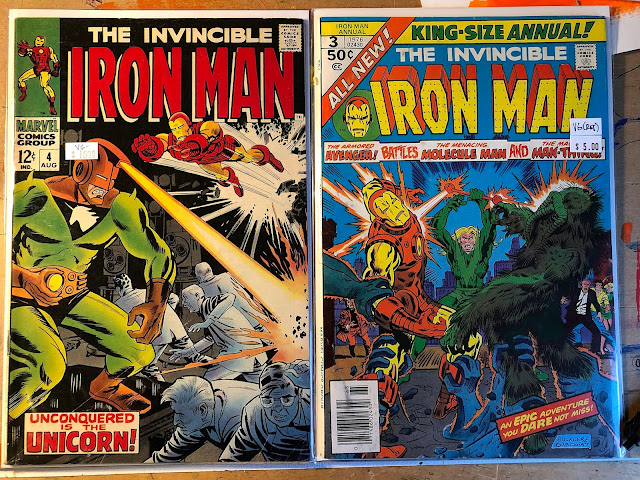 Posted by cynicalbuddha at 9:57 AM 4 comments: