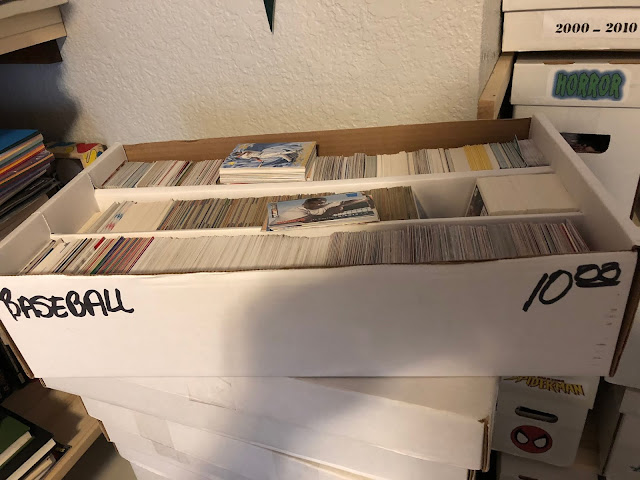 So for National Baseball Card Day a couple weeks ago the son and I hit our two LCS's to pick up free packs and check out the deals.  While at Don's Sportcards here in Anchorage I spied a Super Shoebox full of randomness that I couldn't resist for $10.  Let's see what was inside.

First off 1/3 of the box was 2012 Triple Play and close to another 1/3 was 1990 Topps, but mixed in was some great inserts, a few player collections, and even a card that paid for most of the box.

First up 3 1991 Fleer Ultra Ultra Team inserts.  Sadly one of the was not Bo Jackson 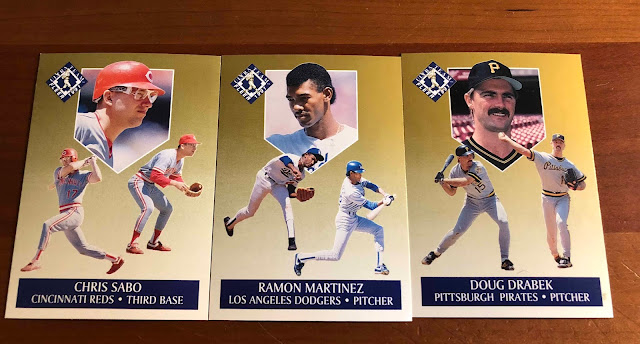 Next up a nice pile of Kevin Youkilis cards. 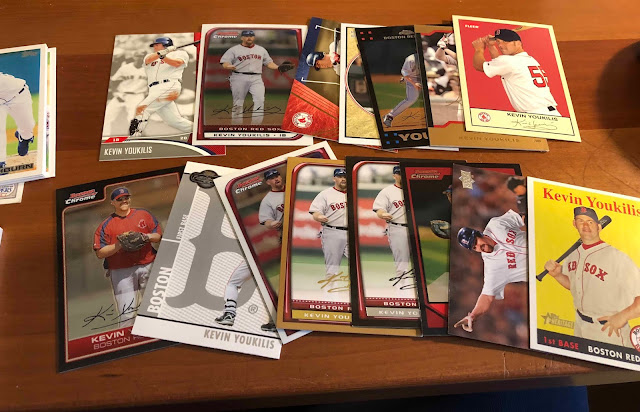 and a stack of Manny Ramirez.. 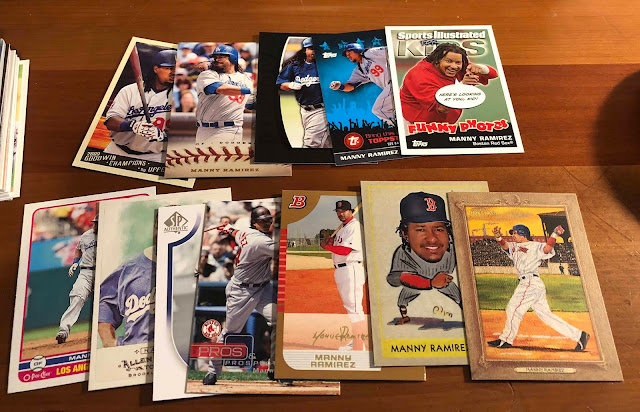 What would a box of random 90's cards be without some Barry Bonds? 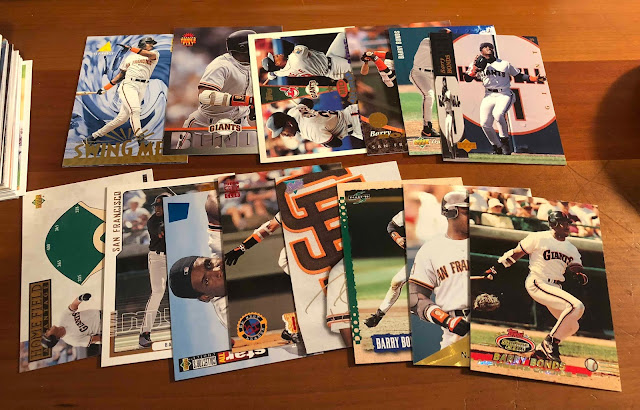 How about a stack of Evan Longoria? 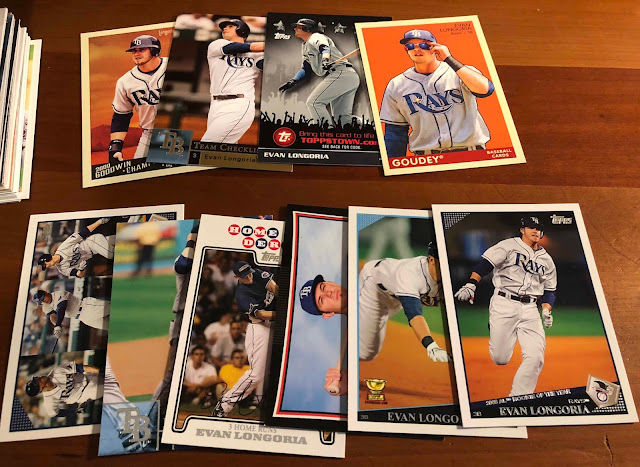 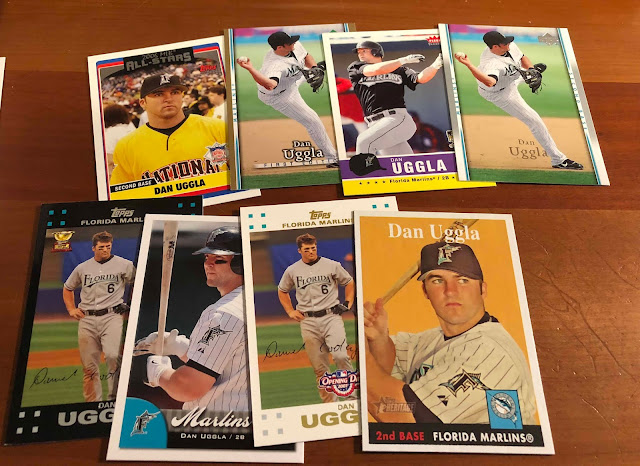 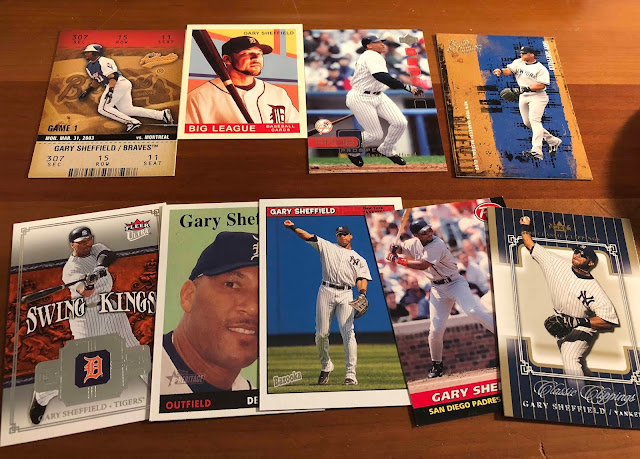 A really nice collection of Arod, too bad I don't collect him. 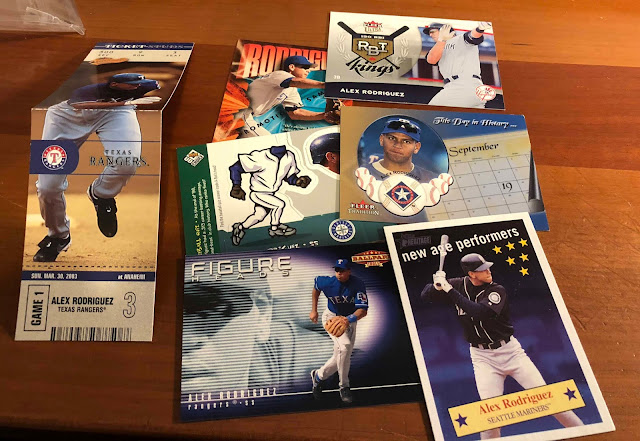 Even more and rare Uggla cards! 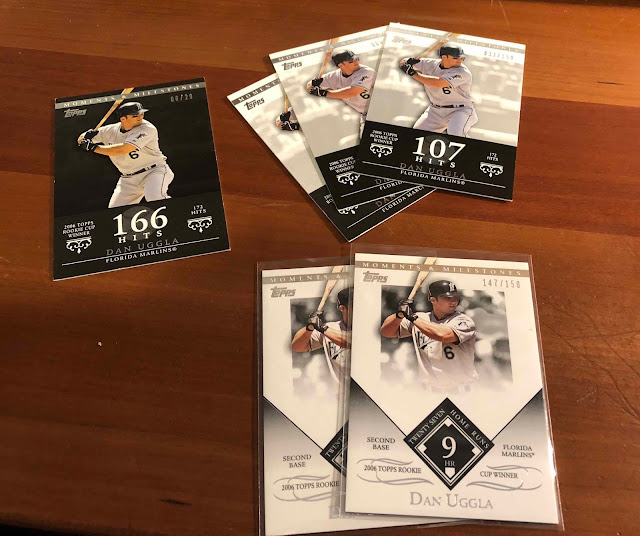 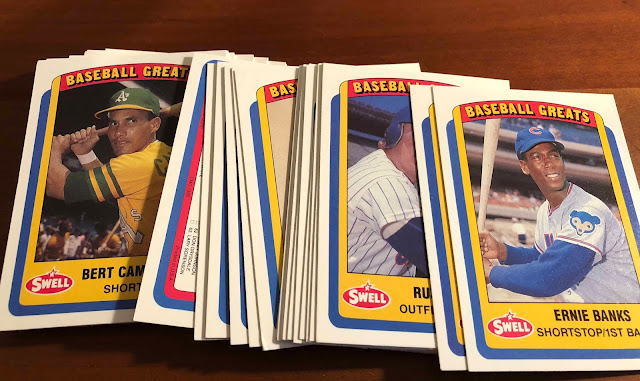 This the stack that actually sealed the deal for me.  1989 Panini baseball stickers.  And it's almost a complete set.  And had a Robin Yount sticker I didn't have for my PC!  There was also an almost complete set of 1989 Topps Mini Leaders, which also had a new Yount for my collection. 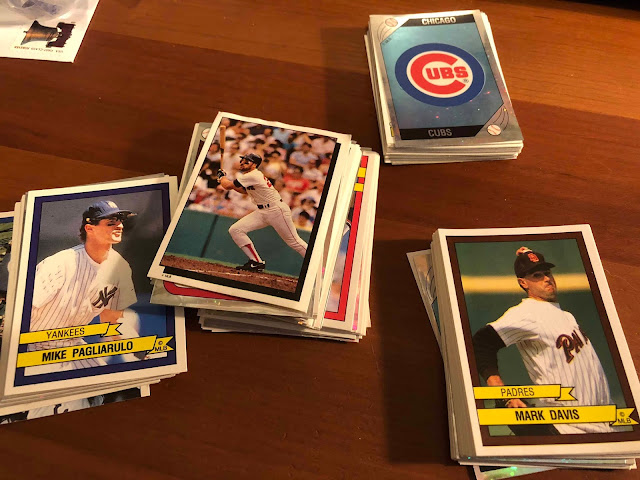 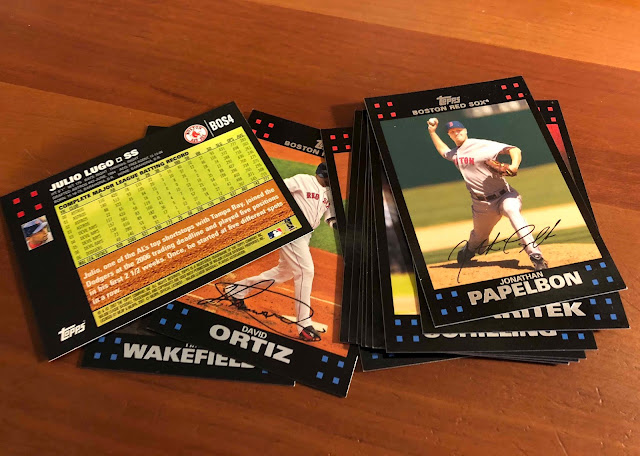 A little more randomness and gold from 2003. 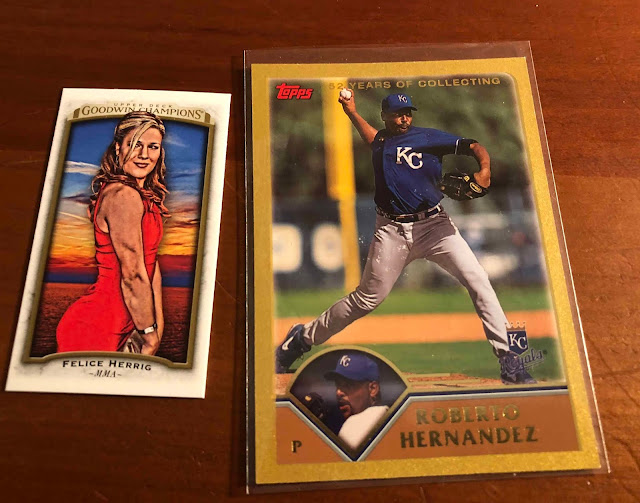 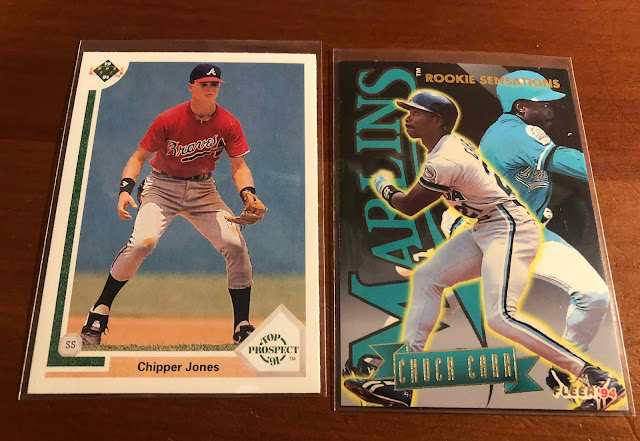 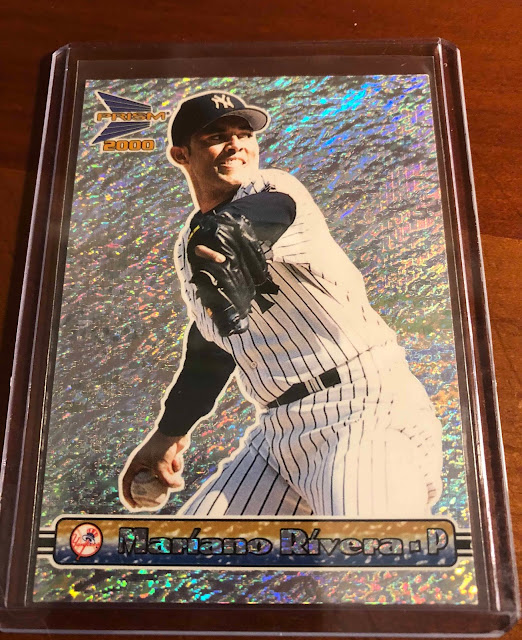 But the money card was this 2011 Phil Rizzuto SP Legends Variation. 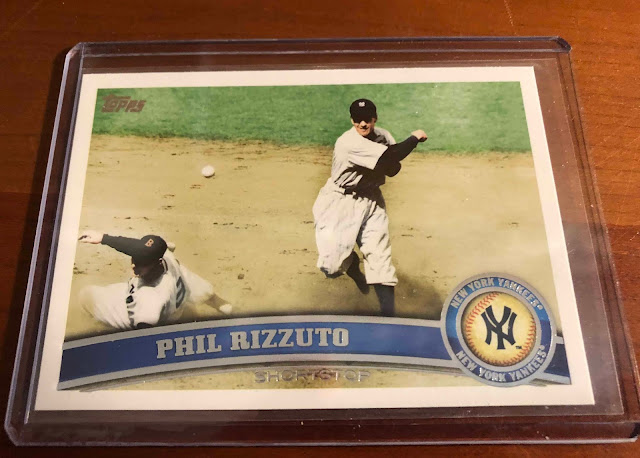 In all I'm pretty pleased with the contents.  The Triple Play and 1990 Topps will be used to fill Halloween giveaway packs.  And getting two new Younts was surprising and well worth the price of admission, plus the box alone is worth almost $5, so all in all a fun buy.
Posted by cynicalbuddha at 8:09 AM 3 comments: