Clearing off the Desk - Thank yous and a new addition

Been a busy couple of months here at world headquarters, but I would be remissed if I didn't at least make an effort to say thank you to a couple great bloggers and their generosity.

First up Chris aka Raz from Raz's Card Blog. He sent me an unexpected packaged a couple weeks ago.  Chris was the door prize winner and a finalist in my World Series contest from last year. 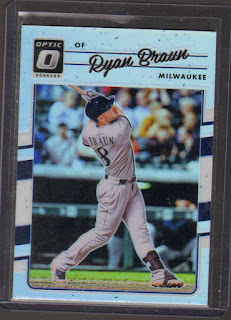 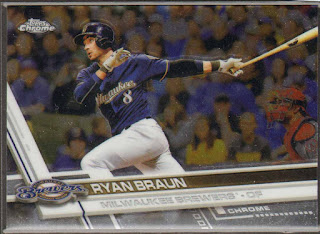 First up was a pair of shiny Braun cards.

A nice trio of 2017 Topps Holiday cards.  I didn't pick up any of the holiday boxes last year and these are my first 3 holiday parallels 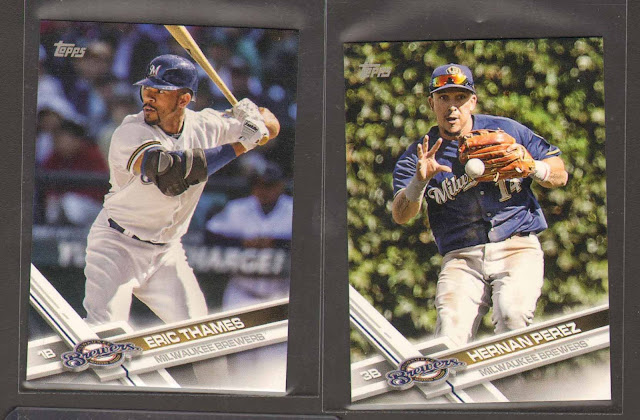 There was also a pair of 2017 Topps Mini cards. 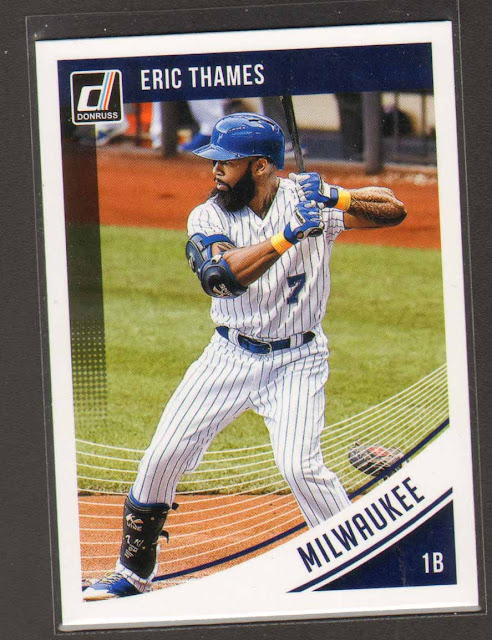 There was also this Eric Thames 2018 Donruss card.  I haven't had time to see if this the base or one of the many parallels available in the set. 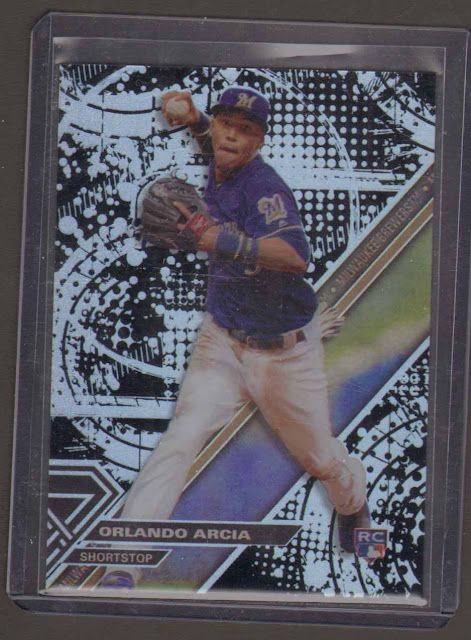 A nice Orlando Arcia Topps High Tek rookie card.  I have a small PC for Arcia (I know he's a Brewer and I would be collecting him anyway), but I'm cautious because every time I decided to add another Brewer to agressively collect the team trades them away (Scooter Gennett ahem). 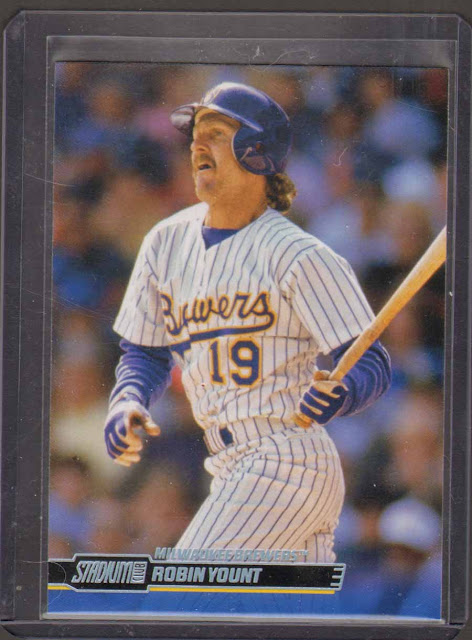 For me the best card of the bunch was this Robin Yount card.  Anytime I can add a new card to my PC is a boon.  It might be hard to tell but this is the Rainbow Foil parallel.


Next up another Chris this time the proprietor of  Nacho's Grande sent me a nice little package as well.  Chris had ripped some 2018 Donruss and pulled a Brandon Woodruff autographed card. I had asked Chris before I left for my vacation if he'd be willing to trade for it.  The card is the blue parallel numbered to 99.   It's my first auto from the young player. 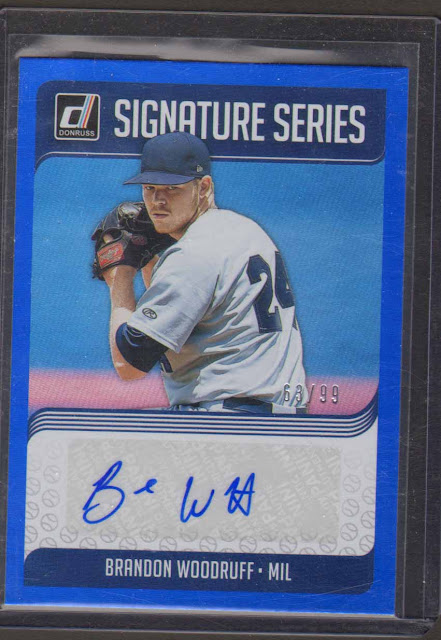 Chris also sent along a nice selection of Brewers cards (there were a lot more I didn't scan). 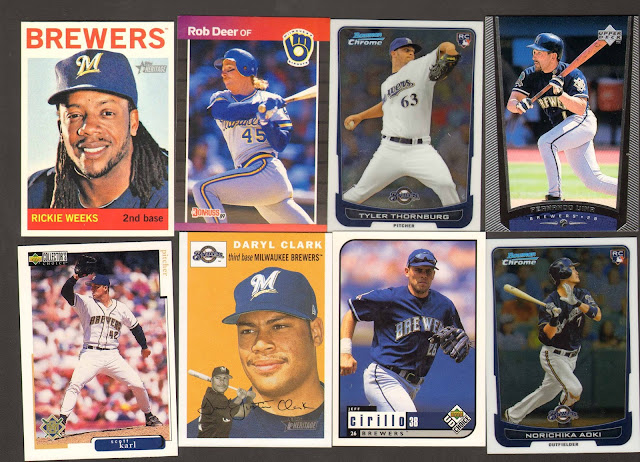 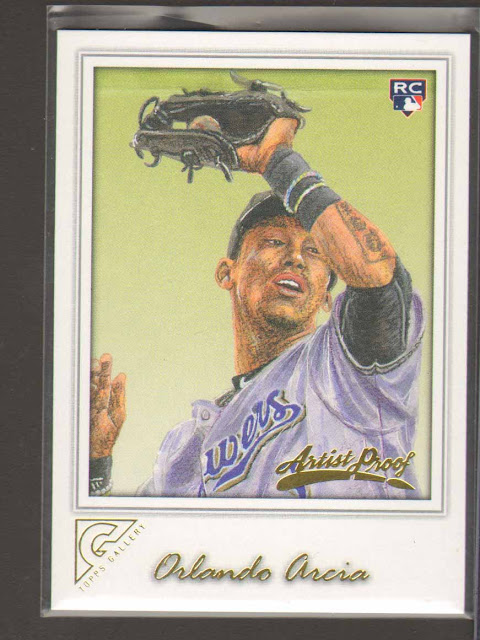 I still need to send Chris my end of the deal, but we've traded enough to know that I'm good for it.  I'm hoping to get my package sent next week.

And finally I broke down and bought another Topps Now card.  I have a feeling, like last year, this will be my one and only card, unless the Brewers manage to make it to the World Series and then all bets are off.  I picked up Josh Hader's recent card for setting a MLB record throwing 8 strikeouts in less than 3 innings.  That hair is dreamy and I've jumped on the Haderade train. 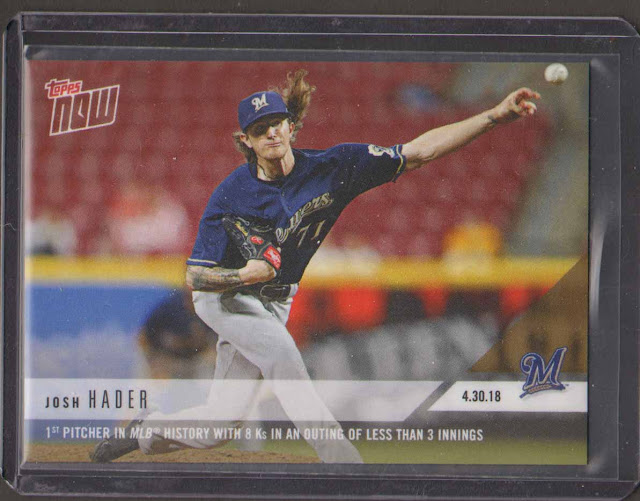 Thank you to both the Chris' the cards were great and well apprciated.
Posted by cynicalbuddha at 8:35 PM 3 comments: