The Return of the Affordable Group Break

If you've been around the Blog-o-sphere awhile you may remember Colbey, aka Flywheels, use to put on an affordable group break pretty regularly.  He stopped for awhile, but it looks like he's itching to get back into it with a new facebook group and a new break.  There are a couple classic boxes of Pacific waiting to be ripped.  You get your choice of one team and then a random team from the remaining unclaimed teams.  Spots are only $7 and the includes shipping!! 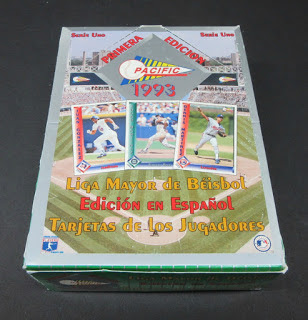 
Well the 2018 card season started a couple weeks ago.  I decided a while back I would not be putting a set together from pack buying, but I did break down and buy a couple packs when Series 1 came out.   And my overall feeling for the card design is: I don't hate it.  How about that for an endorsement?  Let's take a really close look at the base card design and break it all down.

The front of the card is the glamorous side of the card, the party, the looker,  from now on I dub the front of the card the Mullet.  I just so happen to have a very nice scan of Mr. McCutchen's last Topps flagship card as a Pirate to look at.  Overall the basic design isn't bad.  I wouldn't go so far as to call it great or groundbreaking, but it's not bad.

This is the third year in a row that Topps has gone borderless.  I kind of miss the borders, but the 2015 set was a tough act to follow, arguably my favorite set in the last decade.  I've only casually looked through the set, but of the cards I've seen Topps has done a nice job with photo selection and the card design really reflects that Topps is letting the photos shine. 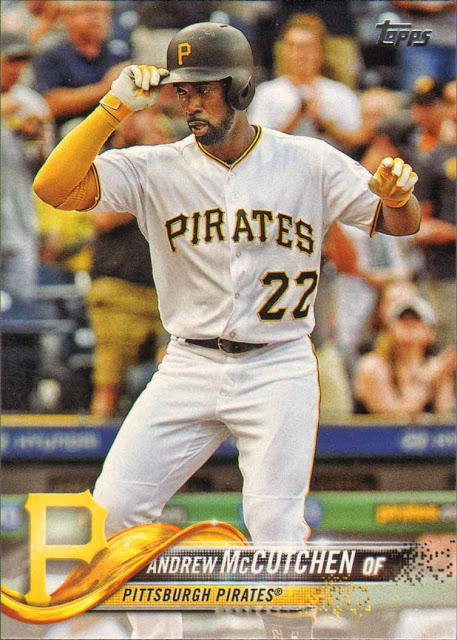 While the lower banner takes up a good section of the bottom of the card for the most part it's unobtrusive and presents the basic elements pretty well.  The player name is large enough to be easily read, team name present, team logo a tad large, but not imperious.  Waterslide?  Present, but I don't hate it.  The only gripe I have is the digital disintegration at the end of the name and team banners seems pointless and unnecessary.

Alright we've had our fun time to get to the business side of the card.
There's a lot going on back here.  The card number is large and readable, although I think it could have been bigger. It's also harder to make out with some of the colored backgrounds like the yellow here.  Once again Topps is putting the series on the back of the card.  Not a terrible idea, but honestly unless they are going to start putting our 3 or 4 different series again it's kind of pointless.  I will say having what series the inserts came out of is much more helpful.

We also are still only getting the last five years of stats on the back of the card I guess that's to make room for the much more important social media handles the player uses.  This is the second year for that addition and it seems timely and odd.  In 10 to 15 years will anyone care what McCutchen's Twitter handle was?  Would it hold up if Topps had put player's Myspace account on cards back in 2006?

Topps also has just enough space for a short blurb or factoid.  I think McCutchen's trade took most people by surprise so can't fault Topps for the mistimed platitudes. 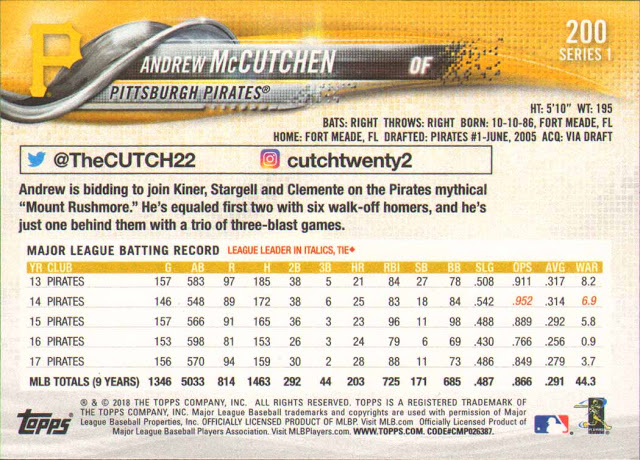 So to sum up, not terrible.  It seems Topps has this cyclical pattern of coming out with something pretty awesome, like the 2015 design, and then they tone it down and play it safe for a few years.  While the waterslide design seems a little funky it does show that Topps put some effort into the design.  I do like the full bleed photos on the front, but maybe it's time to mix it up with a border, or an inset photo or a back photo.

So how do you guys like the set this year?
Posted by cynicalbuddha at 9:22 AM 2 comments: 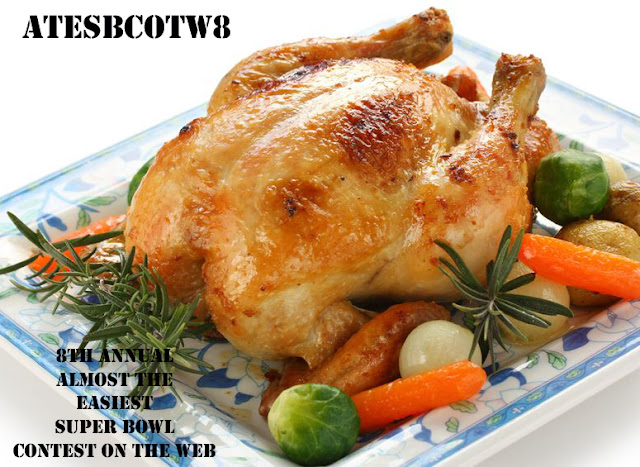 What a great Super Bowl.  I love when the game is close and I have no horse in the race.  They said it was going to be a shoot out, but man that was a pretty crazy game with a few questionable calls, but over all I really enjoyed it.  In the end we had 15 players who were still in it, we had 3 players pick the correct match up, but in the end we had only one player who pick the Eagles to beat the Patriots, so no need for the tie breakers, but the correct prediction would have been:

Congrats to Vrooomed, who interestingly enough is the second person from the Trading Card Database community to win one of my contests.  And he also happens to be an Eagles fan.

Now onto the door prize... I entered all the entries into Random.com and randomized the list 3 times, if you promoted my contest you got an extra entry into the door prize drawing.  And the winner is.. 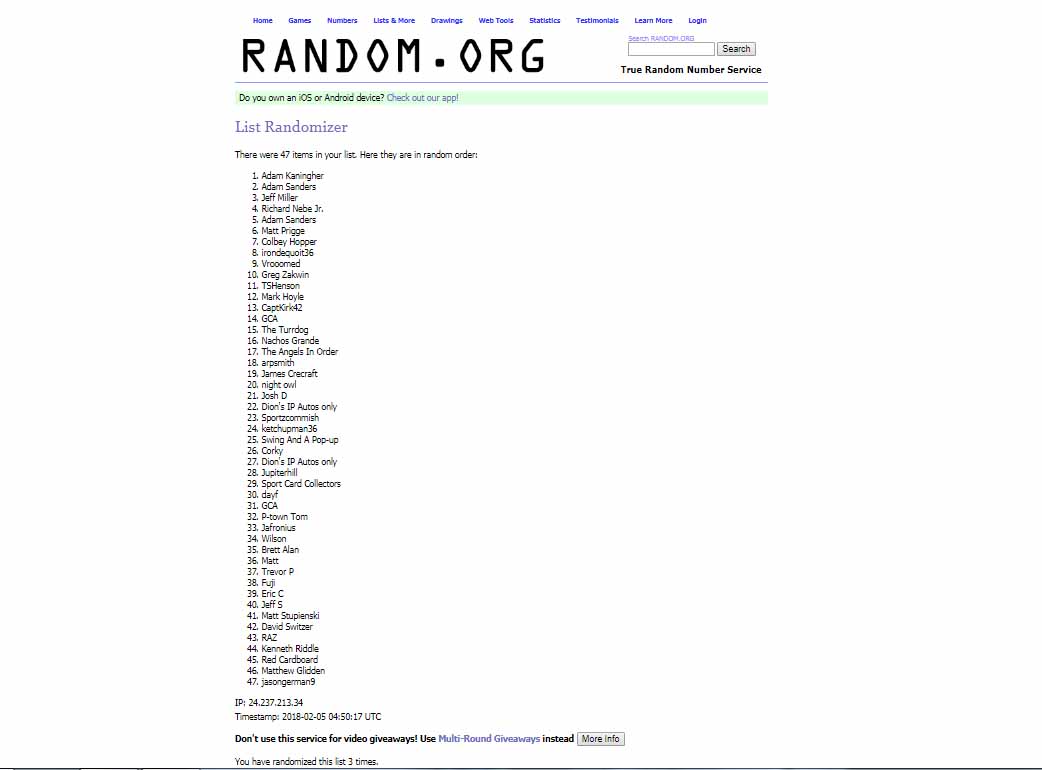 I'll be contacting both of our winners shortly.

I want to thank everybody who played.  I may not post much, but it's nice to see we had great participation.

And you know baseball is just around the corner.
Posted by cynicalbuddha at 8:13 PM 3 comments: