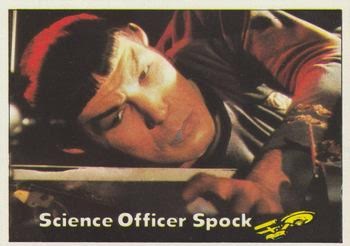 Posted by cynicalbuddha at 8:57 AM 2 comments:

I always get excited when the new Topps flagship baseball comes out.  It's a new year, spring training and then opening day are right around the corner.  I'm not nearly as excited when Series 2 comes out or update, but Series 1, well that's all new.

I ended up going to Bosco's trade night last night.  I pondered not going, I hadn't been in in a few month and didn't have any tickets yet to the drawing, but I knew this would be the last trade night at their current location, they're moving into a new, fully renovated, custom designed nerdtopia on Valentines Day, that and Series 1 was out.

I've been trying to be good about my spending habits and I had even contemplated not buying any packs at all and just buying a cheap set somewhere down the line, but in the end I picked up 3 jumbo packs, because hey I love to rip packs!  So lets see what I got and look at some Topps.


There was a lot of talk about the base design.  After getting some of these cards in hand I really like the look of the border.  I'll give credit where credit is due and Topps really went outside their comfort zone with this one.  And I like it.  As a matter of fact I think the last time we got a base card this unique and colorful was way back in 1990. 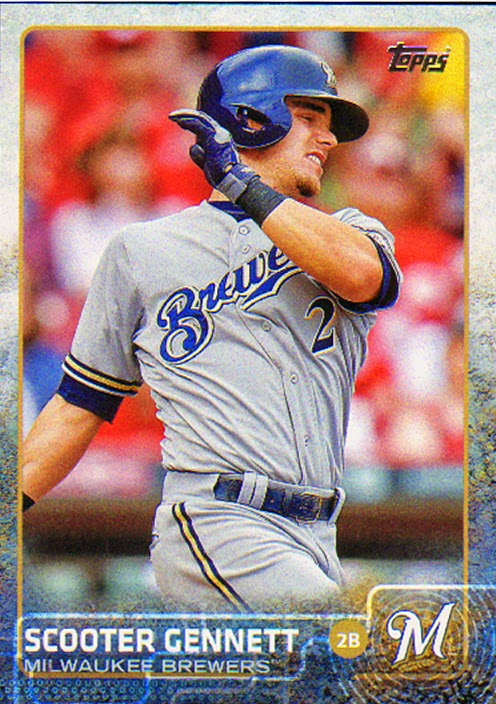 I also have to say they did an excellent job on the backs as well.  Large, readable card numbers in the upper right hand side will make for easy collation for those of us who still store our sets in boxes.  Topps even added the Series One over the number.  I'm not sure if that was necessary, but it really doesn't hurt, and it might foreshadow something to come in a later set. 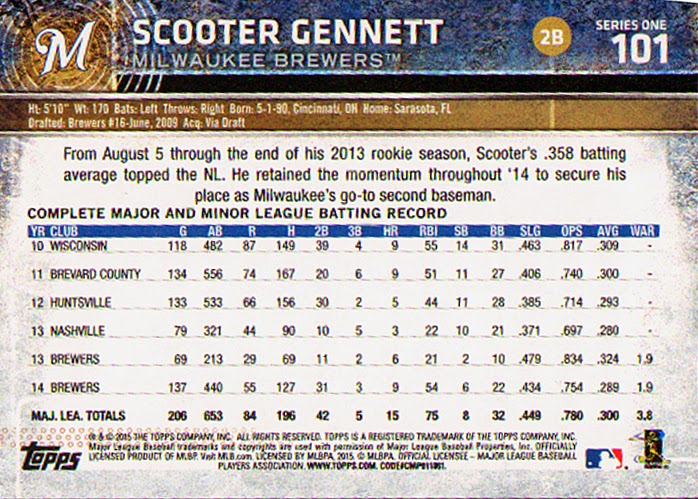 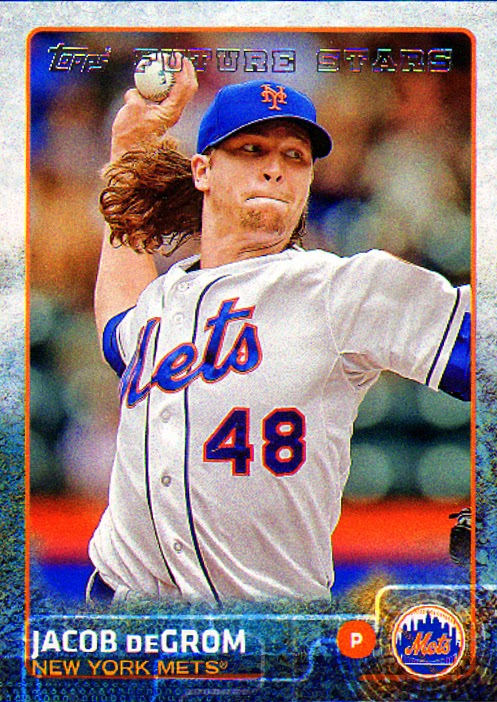 According to the Cardboard Connection checklist the Rainbow foil parallels fall 1:10, but I'm pretty sure you get one a pack in the jumbos.  I only found two, but I'm sure my third is still mixed in with the base.  They don't scan well and the two examples below look pretty much like their base counterparts. 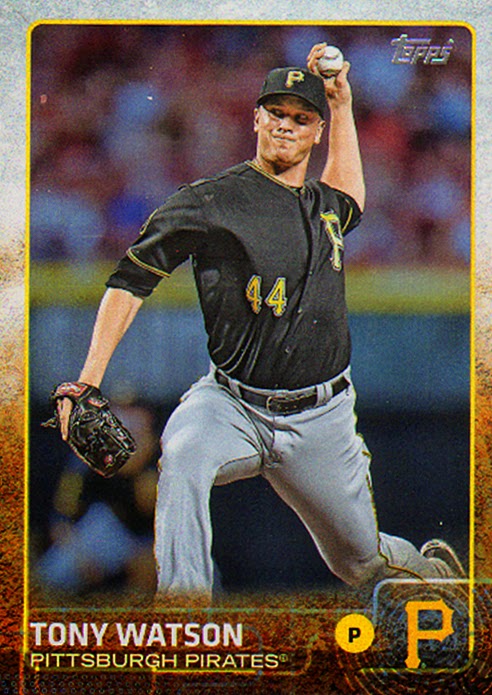 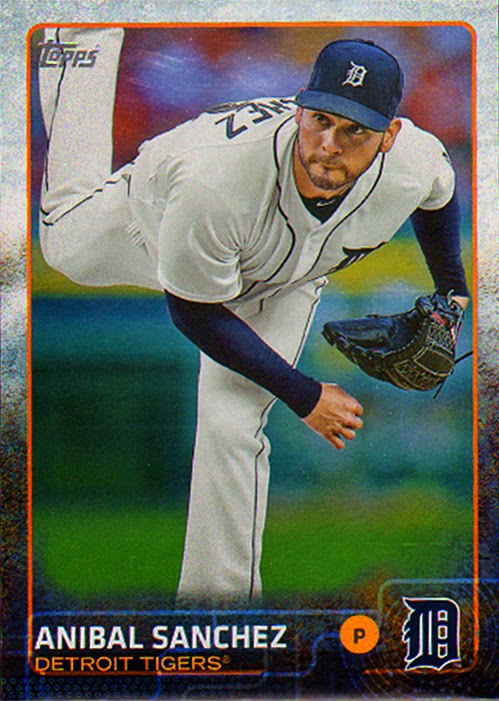 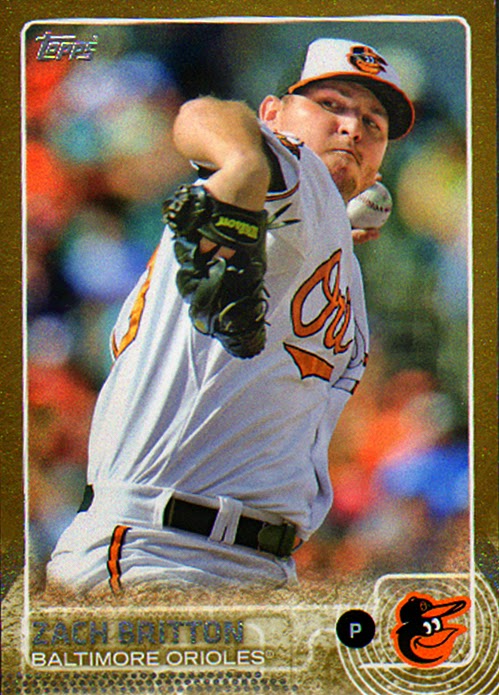 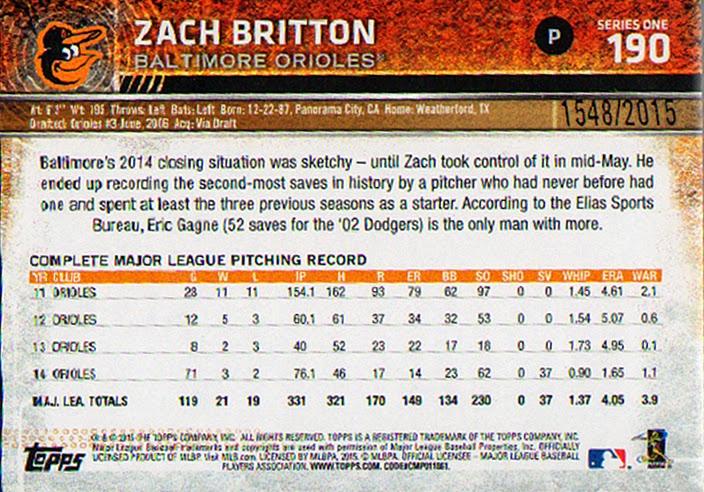 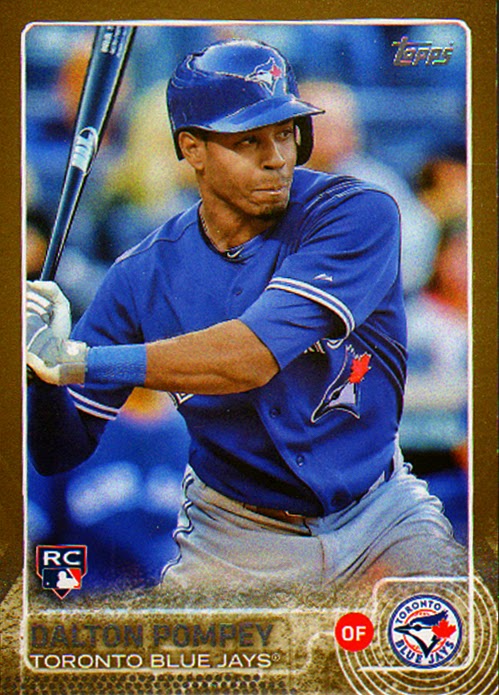 Here's a look at the game piece for Topps' online promotion. 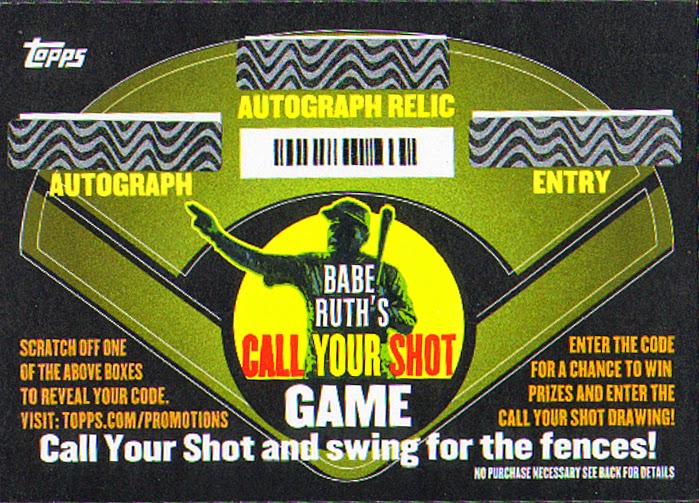 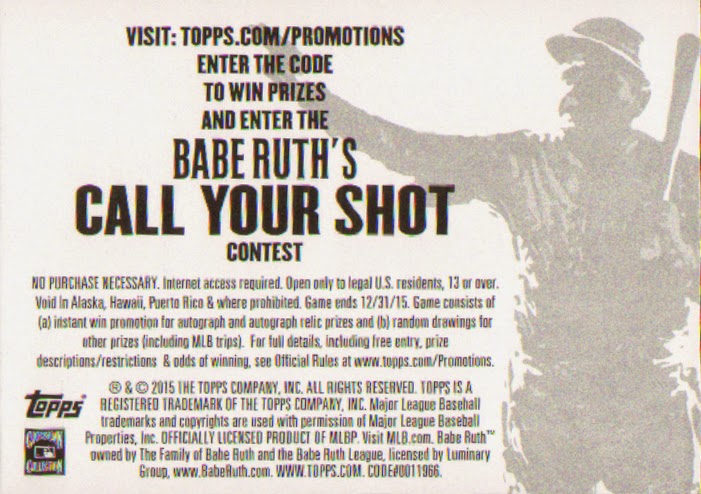 Looks like once again I won't be able to participate. 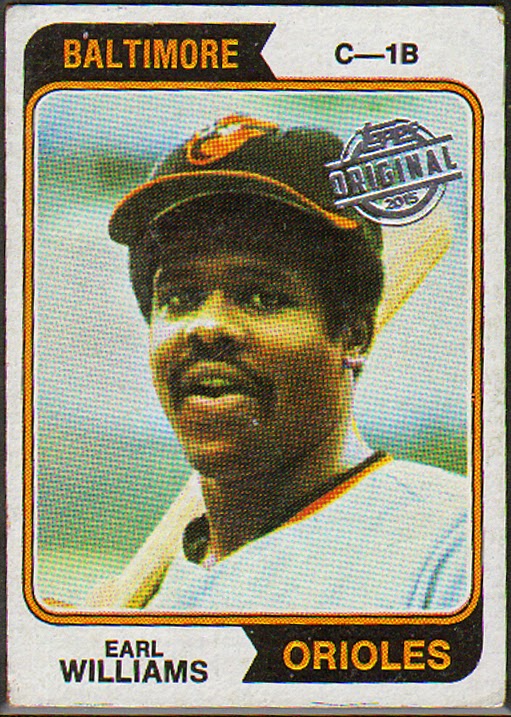 In years past Jumbo packs usually contained one of every insert, so you got about 40 base cards and 10 inserts per pack.  This year I'm pretty sure Topps scaled that back to about 5 inserts per jumbo pack.  I only pulled one of these Free Agent 40 cards in my 3 jumbos. 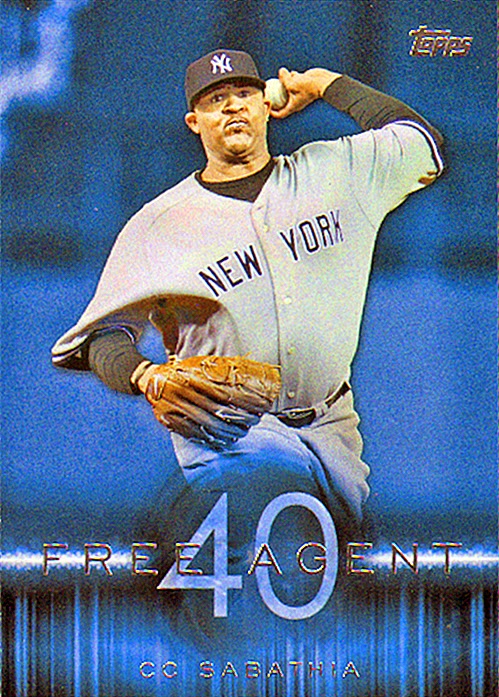 There seemed to be a lot of excitement over these First Pitch inserts.  I really don't understand why, the set doesn't really appeal to me and reminds me of those Fans of the Game inserts Donruss put out years ago.  I think the only one I'd be interested in would be the Jeff Bridges card, who wouldn't want a card of the Dude. 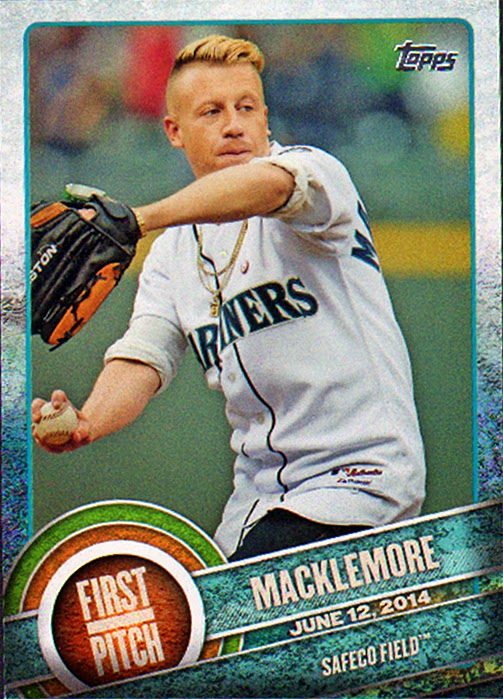 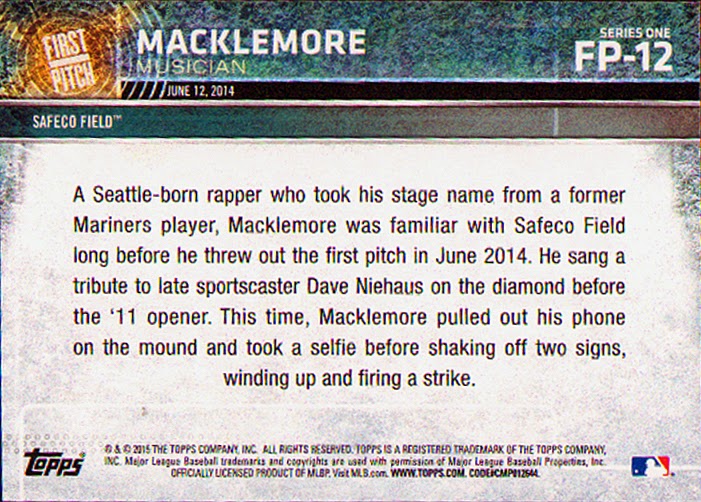 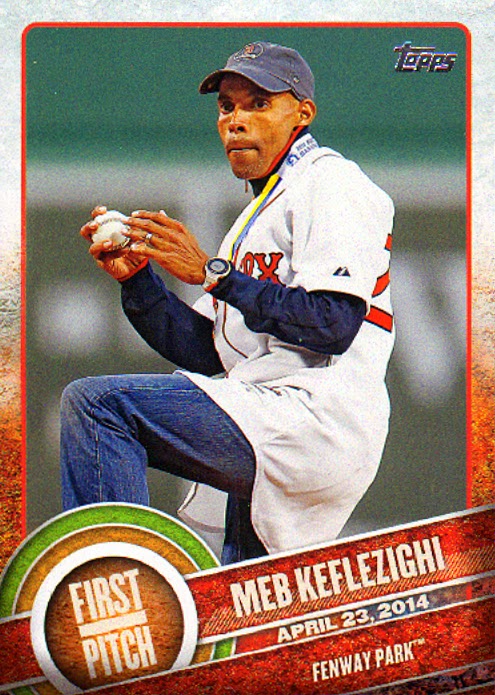 I got one of the Inspired Play inserts.  I like the overall look, design, and theme. 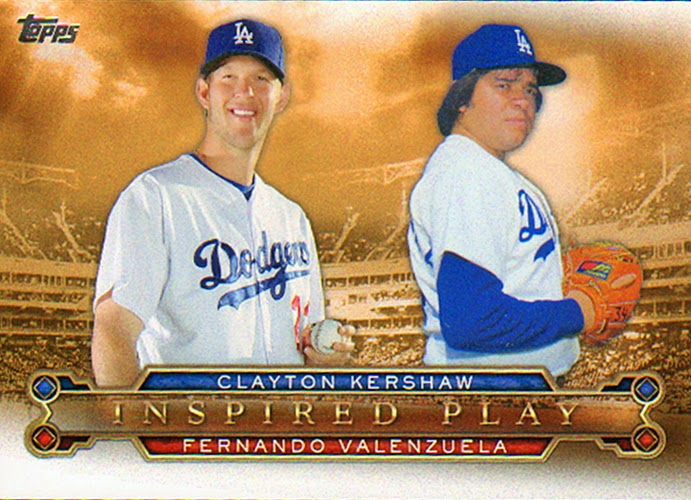 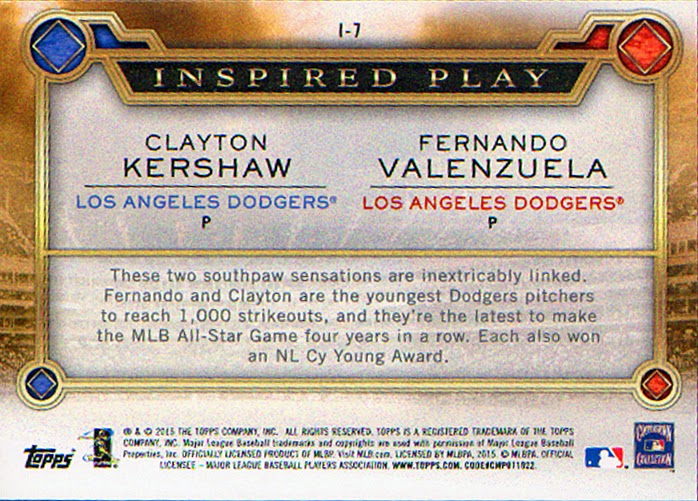 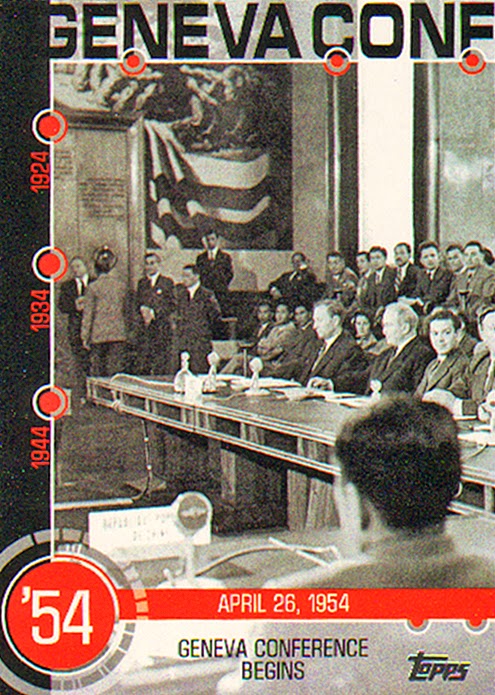 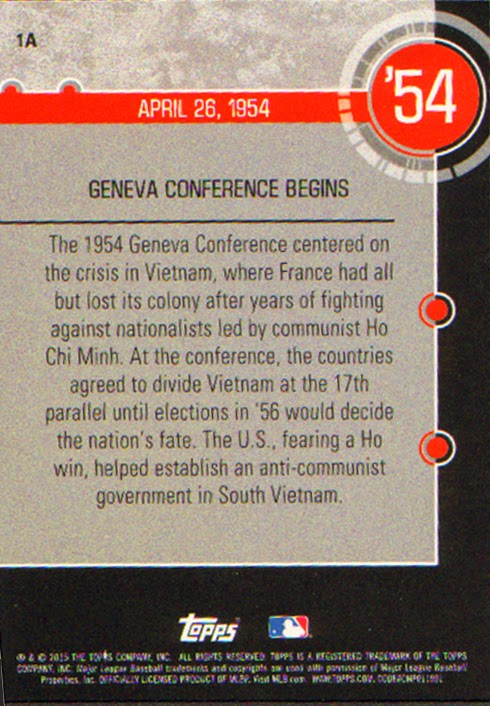 I'm not sure why, but I really like these Archetypes inserts.  Maybe it's because I pulled a Hank Aaron. 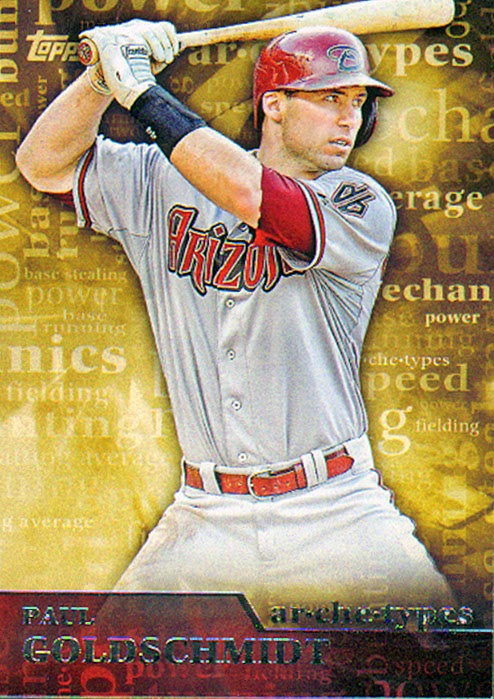 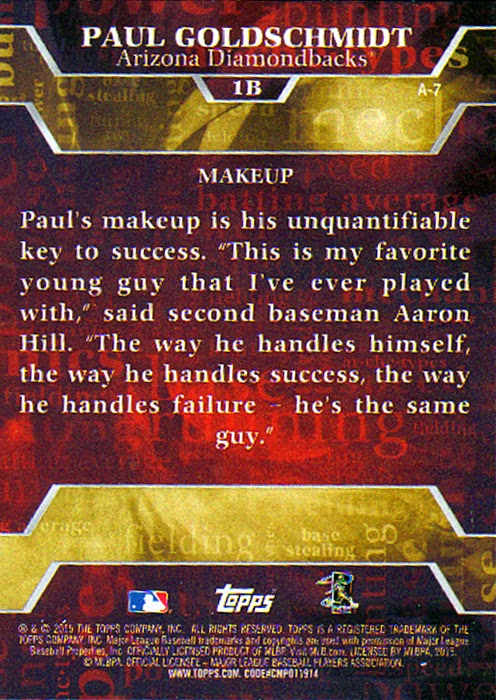 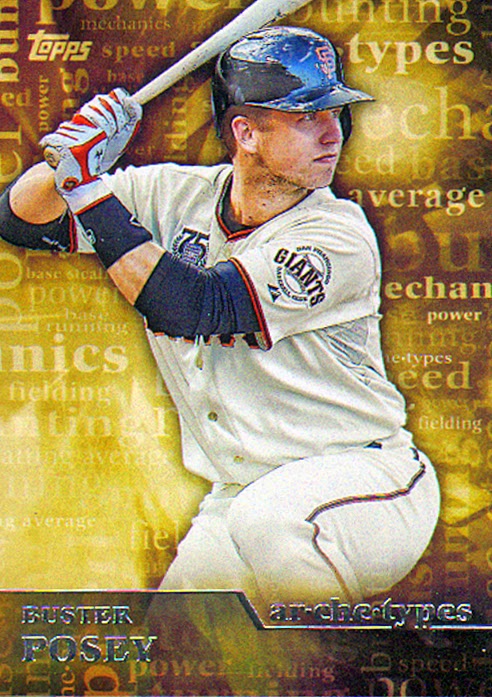 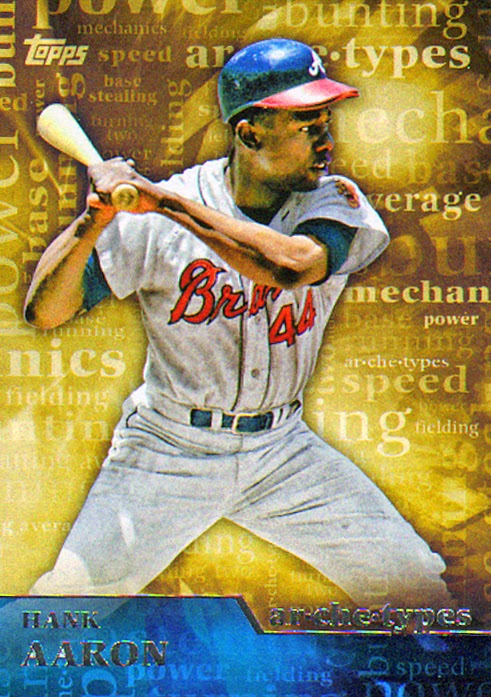 Lastly I pulled 3 Highlight of the Year inserts. An interesting note on insertion.  All of the inserts were inserted in the middle of the pack, like they normally have been for years.  All except these inserts.  All three of these were inserts on the bottom of the pack.  I'm not sure if that means anything, but it did jump out at me as I opened them. 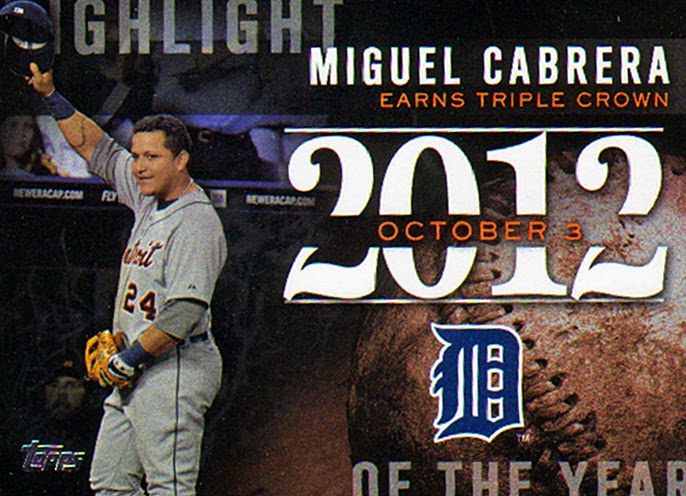 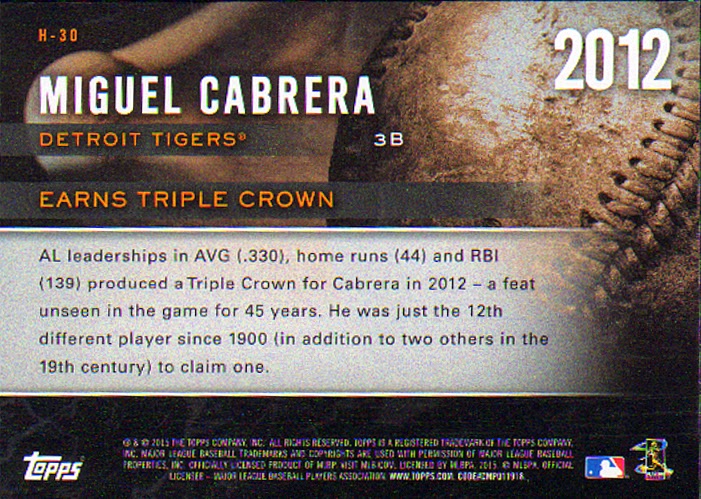 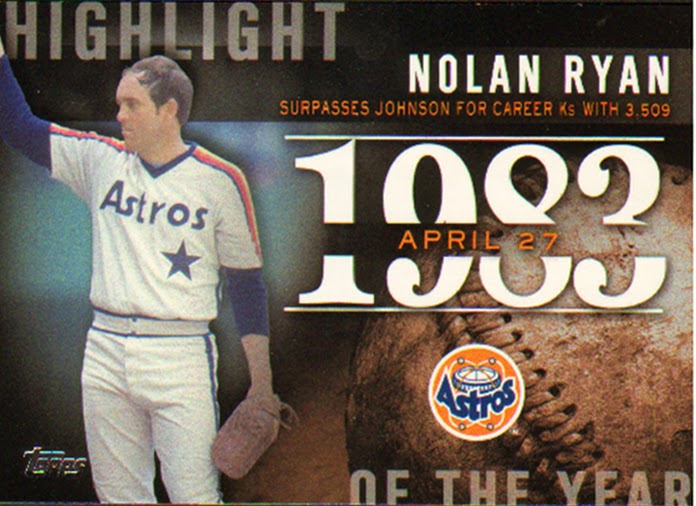 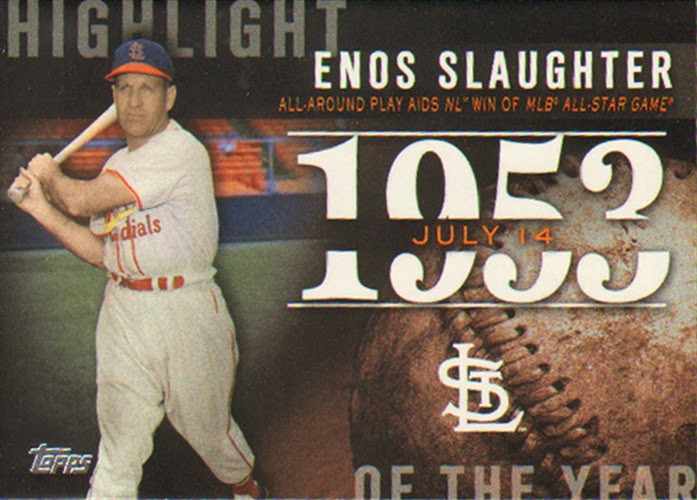 You can see I didn't really get anything to write home to mom about.  One note is that all of the inserts are numbered for this series.  Something I bitched about a lot when it seems Topps for some reason lettered all the cards in the Update series last year.  There are also a couple retail only inserts, like Robbed and the First Home Run cards.  You'll also notice Topps didn't do a mini insert this year and they also didn't do a large insert set.  I think the largest set is only 40 cards, where in years past they usually had a large continuity insert over 50 cards that usually spanned all three series.  It looks like the Highlight of the Year insert will be the only insert being continued into Series 2 and if it's continued into Update the set will have 90 cards, but that's a far cry from years past with the continued inserts sets reaching 150 cards or more.

Some of the bigger hits are just now starting to hit ebay and like usual I'm sure there are all sorts of variations and other surprises to find.  Overall I think Topps did a good job this year, shaking up the insert formula, going bold on the base design, and mixing up their insert themes so they aren't all so similar.
Posted by cynicalbuddha at 9:14 AM 11 comments: 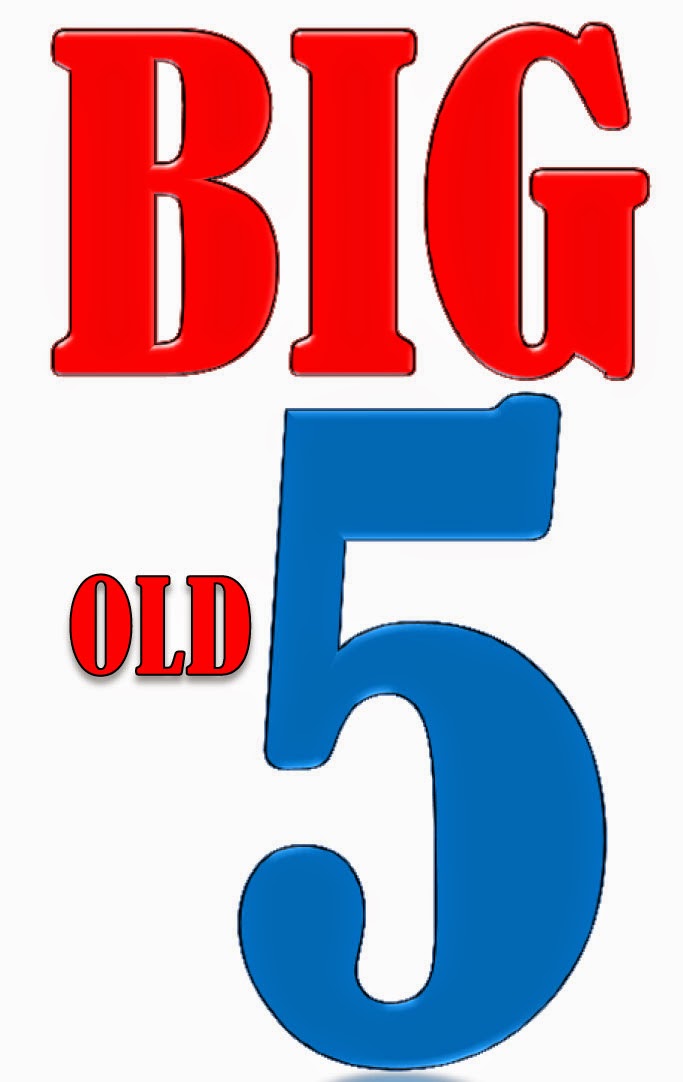 First off I apologize for not having this up sooner. I ended up coming home after the game and crashing.  Second, holy cow what a game!  That 30 second drive by the Seahawks at the end of the half to tie it up, the Pats comeback in the second half, that crazy catch, and that terrible call by Pete Carroll.  I have to say it was a great game.  I wasn't impressed too much by this years commercials, but at least the half time show was pretty decent.

OK lets get to it.  We need a winner.  Of course the Patriots won, but we'll need those tie breakers. The correct prediction would have been

In the end we had 4 people pick the Pats to win, of those 4 none picked them to beat the Seahawks, and we had two! withing 4 points of the correct total score, this isn't the Price is Right, going over is fine.  That means we have to go to the final tie-breaker, something I don't think I've ever had to do in either of my big contests.

But in the end Superduperman99, aka Weston, pulls out the win!!!!
Congrats!

Now on to the door prize.  You got an entry for playing and a bonus entry for pmping the contest. I've randomize the list 3 times at Random.org 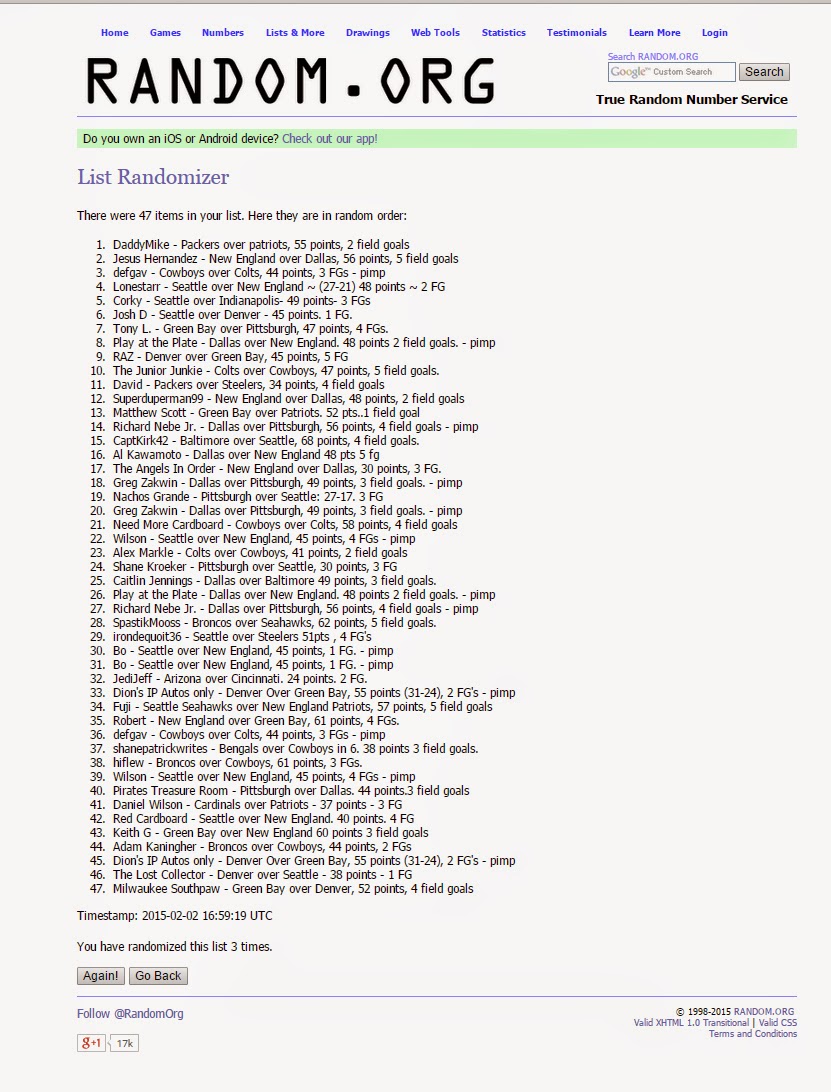 DaddyMike you are our Door Prize winner!!! You don't have an email in your profile so please email me your address.

Thanks everybody who played.
Posted by cynicalbuddha at 8:18 AM 15 comments: