Hey everybody,
I'm sure you've all heard that Wal-mart and Topps have teamed up for an official food issue baseball card set.  That's actually pretty exciting.  I've looked up here in Alaska and so far no pizza boxes with baseball cards, but I want to throw this out there for anyone who's managed to open a few of these packs if you pull a Ryan Braun card, the only Brewer in the set, I would really like to trade for it.

So leave a message or send me an email if you find one I'll make it worth your time. 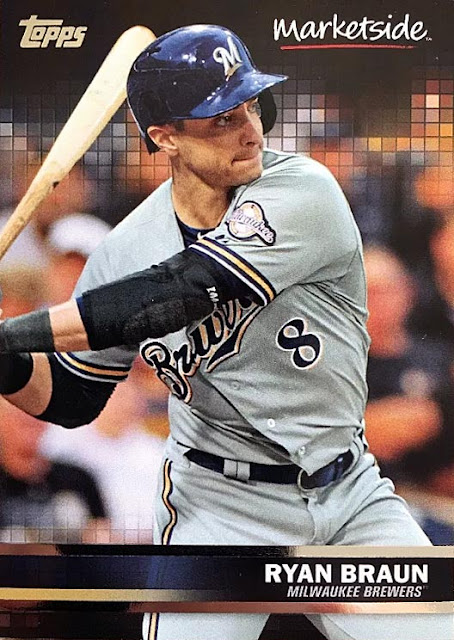 Posted by cynicalbuddha at 1:57 PM No comments:

I recently had my box over at COMC sent to me.  I've been doing challanges and making a few bucks in store credit here and there.  I've also been picking up cheap autographs.  And when I mean cheap I mean $2 or less.  Sure they aren't of superstars, but one of my collecting goals was to try and start picking up more certified autographs of Brewers players.  Along the way I ended up picking up this sweet 2006 Upper Deck Exquisite Rookie Autograph of former Packers Quarterback Ingle Martin.

Who's Ingle Martin?  Why he's the Packers 5th round pick from the 2006 draft and the guy sitting three rows back behind Brett Favre and Aaron Rodgers.  Ingle may have only made league rookie minimum with the Pack, but that was probably a sweet job.  Showing up to practice and getting to hang out with the kicking crew and hold footballs for kicker Dave Rayner.  You may scoff, but Ingle did get actually NFL playing time.  He got the last two snaps of the last game of the 2006 season.  The Packers routed the Bears who didn't bother to show up because they already had locked up the division with a 13-3 record.  The Packers beat the Bears that day 26-7 which is almost as bad as the Bears beat the Packers in the first game of the season beating them 26-0.  Ingle got to get on the field and kneel down twice, his official stats are -5 yards.  Ingle would go on to bounce around club's practice squads and even decided to try UFL, he officially retired in 2009.  But Ingle is still involved in football coaching the Christ Presbyterian Academy football team in Nashville and has a very impressive 67-6 record.

So why did I pick up this card?  Well first off, Ingle is a part of Packer history.  Sure he's was a third string quarterback that didn't do anything in the NFL, but he still put on a Packer uniform every week in 2006.  Second I only paid $1.88 for this card and this is an on card autograph numbered to 60!  Sure he has a terrible autograph that looks like a lightning bolt, checkmark, and MX, but to be fair Ingle and rookies in general sign thousands and thousands of cards.  And of course I get to share Ingles' story. 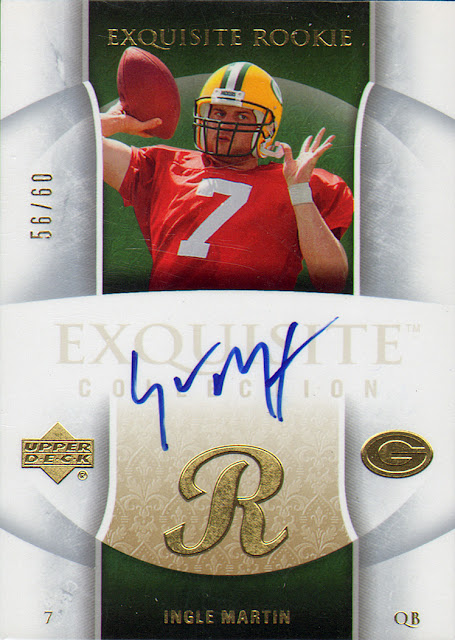 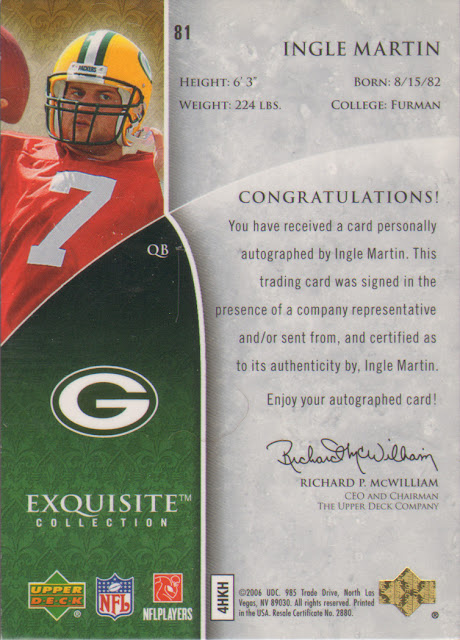 Posted by cynicalbuddha at 10:41 AM No comments:

I only sent 4 spring training TTM's out.  And I finally got my second one back, I'm still hopeful for the other 2, but I'm not going to hold my breath.  So I got Brewers future star Taylor Jungmann.  I'm really excited because with this success I can mark off 2016 for my Topps Brewers set. 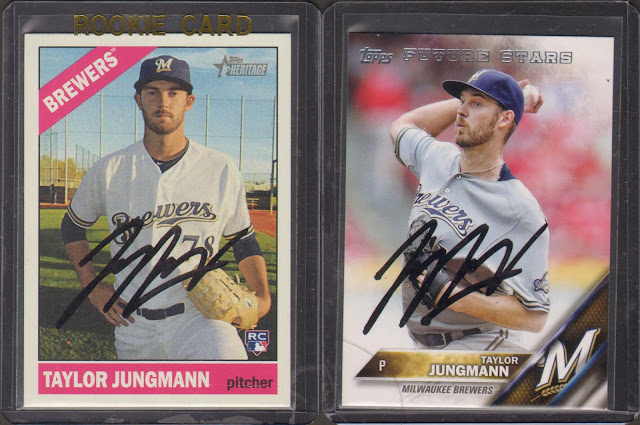 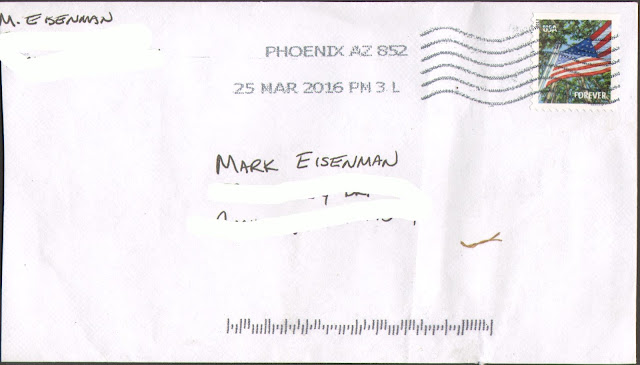 Posted by cynicalbuddha at 4:08 PM No comments: 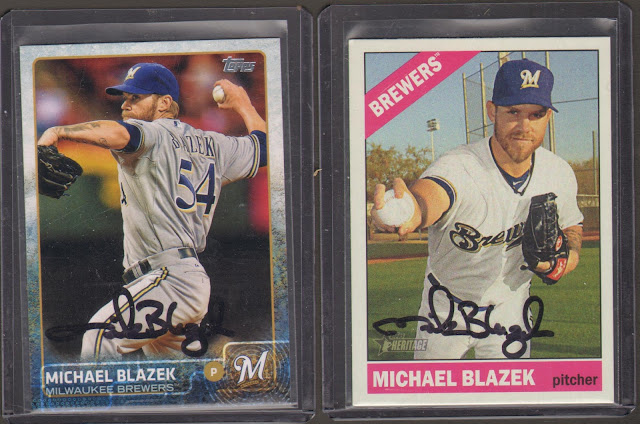 Got my first TTM of the season back on Friday.  I only sent a handful out this pre-season.  Mostly hoping to fill a few holes in my Topps Brewers TTM project.  And with getting Michael back I fill in the 2015 need.  Michael was traded to the Brewers back in 2013 for John Axford and had a few relief appearances.  He spent all of 2014 with the Nashville Sounds and was called up in 2015 for the regular rotation, until he got injured.  He's back at spring training this year and was nice enough to sign a couple of his 2015 cards for me.

Here are the stats. 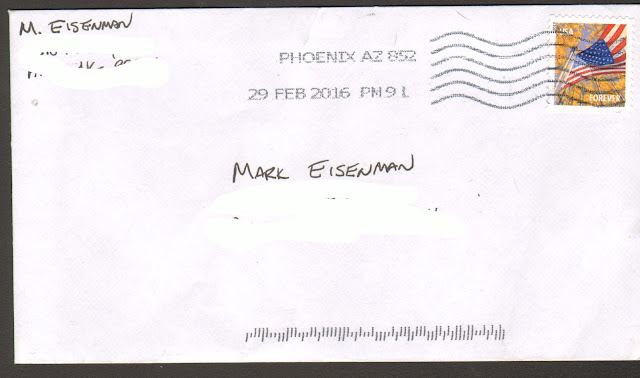