3 packs of 2014 Topps Chrome Baseball for the heck of it.

I'm back and I figured why not try to get a post in before the month is over. I hate having that empty spot in my post history you know. 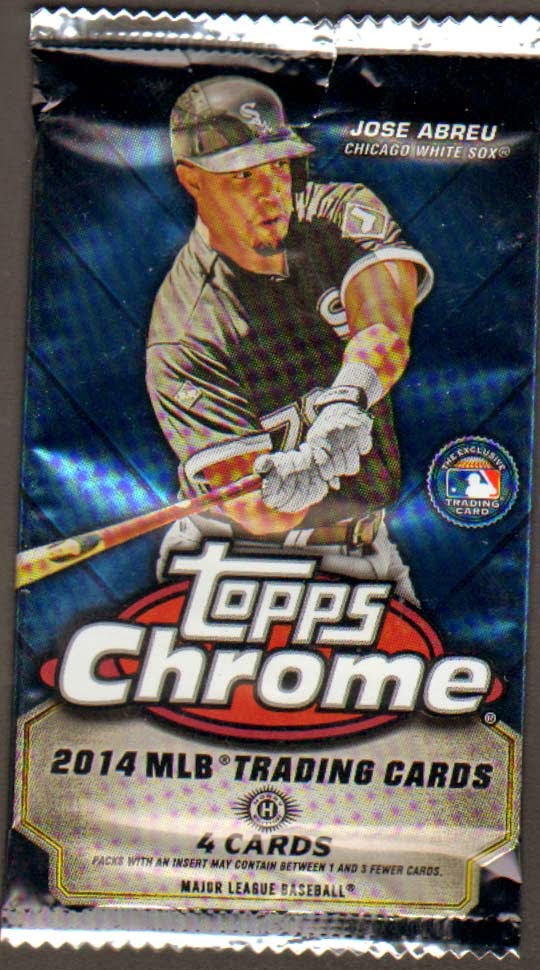 I ended up stopping in at Don's Sportcards to see what treasures he had dug up.  He's currently helping sell off a big collection from a guy who use to own a card shop.  Most of the stuff is from the late to mid 90's, but there always seem to be a few treasures buried in the stacks.  But this isn't a post of what I found. I'm saving those for later.

While there I did pick up 3 packs of  the new Topps Chrome Baseball.  Chrome is one of those products you either really love or not.  I'm probably in the not category. Don't get me wrong the cards look cool, but all the set really is is a paired down shiny version of the flagship. At least Topps doesn't insert Chrome cards in it's flagship product and then put out a whole separate chrome product like it does with Bowman.  But that's a rant for another time. Lets see what I got.

Pack 1 was pretty uneventful. Except for the Puig. 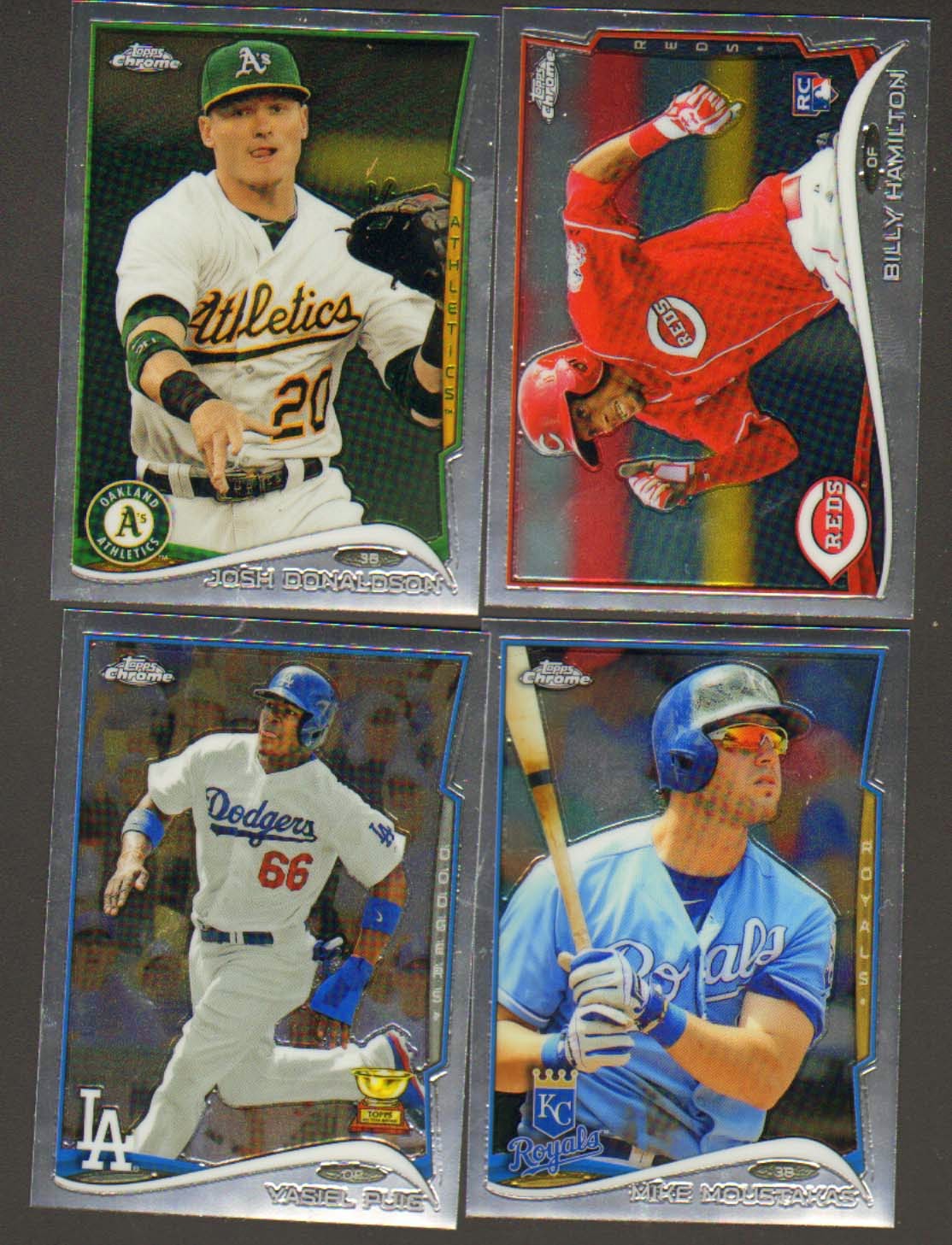 Pack 2 had a little more variety with the addition of the Paxton refractor and a former Brewers outfielder. 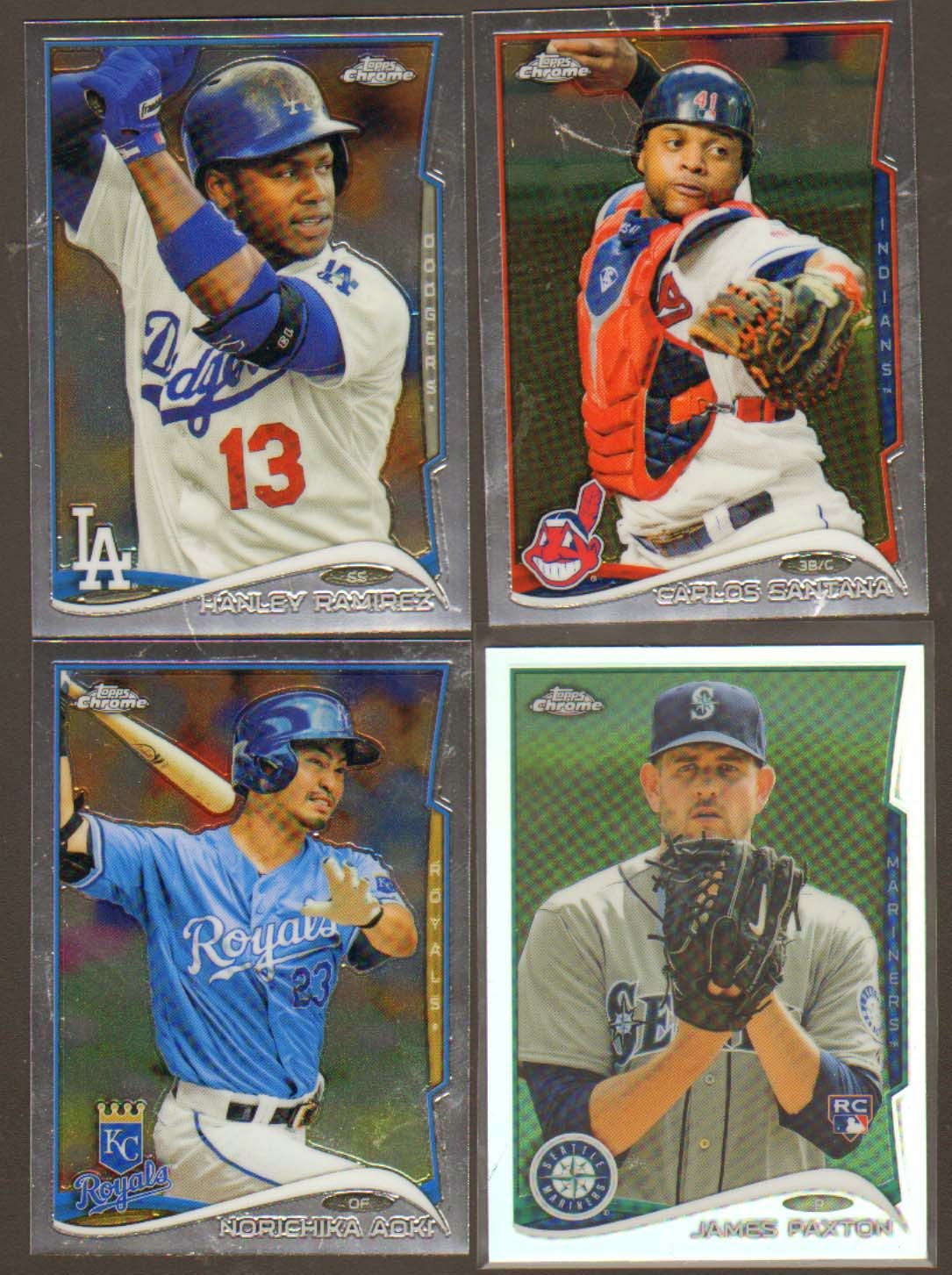 But Pack 3 surprised me with something even better. Sure there was a Mauer, Castro and D'Arnaud, but also .... 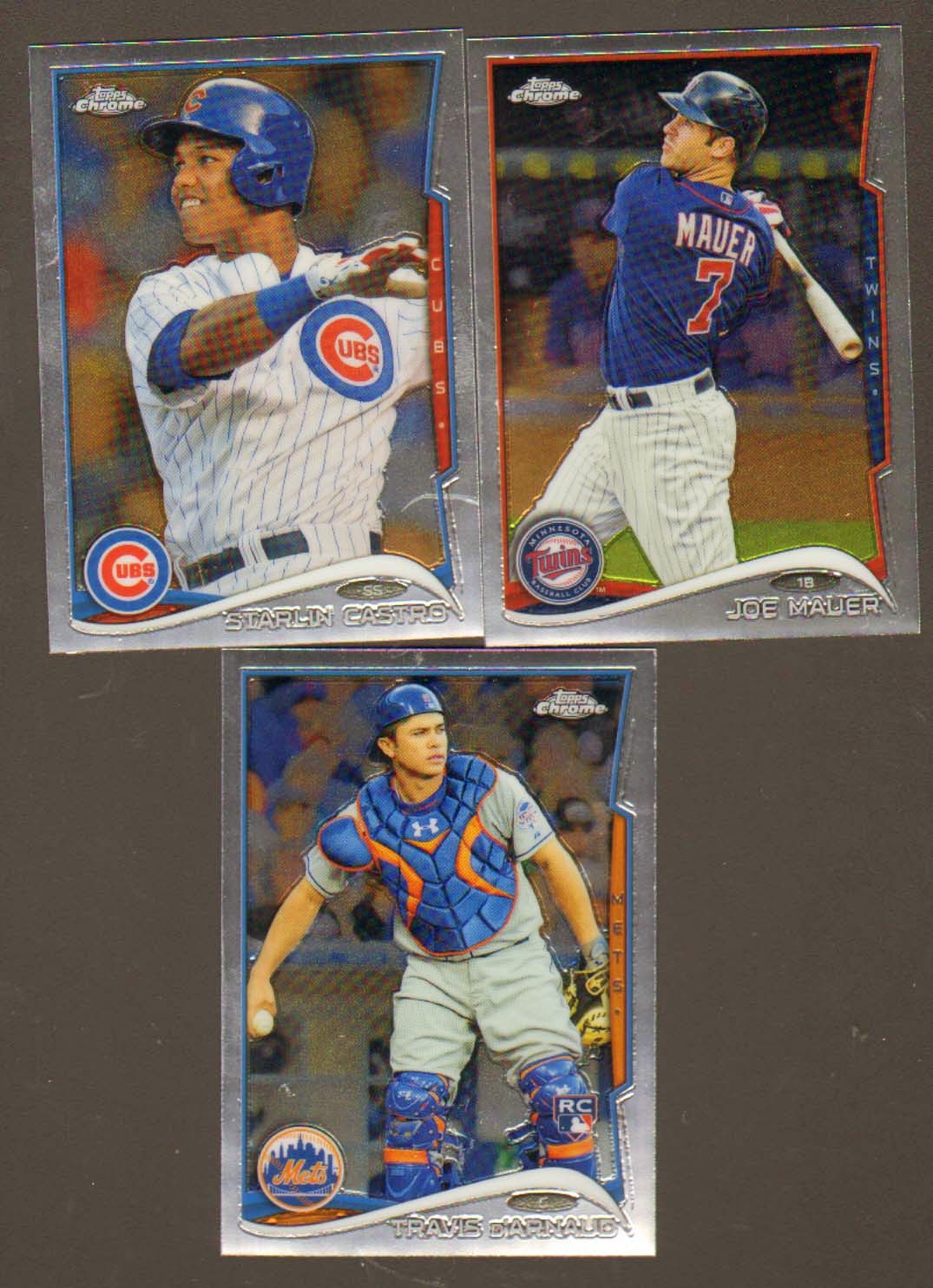 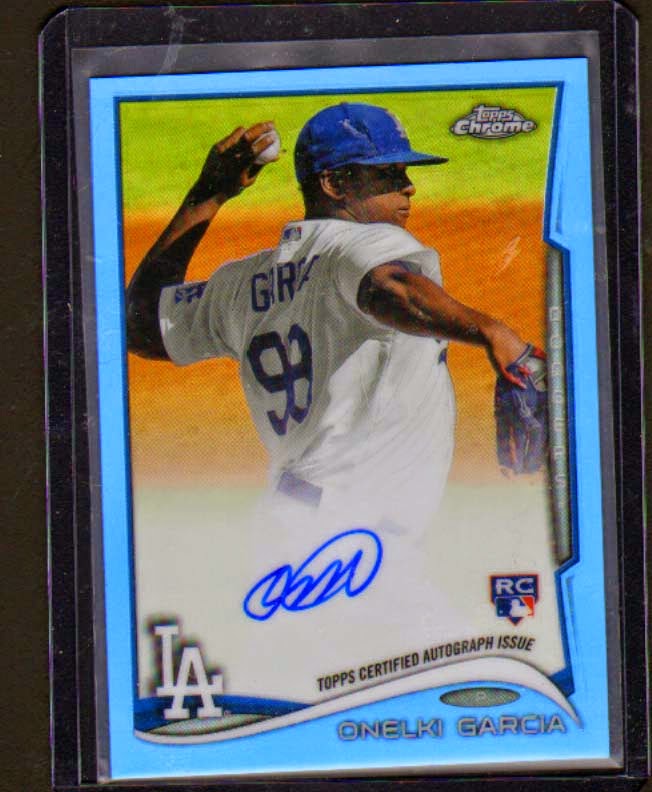 I've never heard of Onelki Garcia, but it is an on card autograph card and a blue parallel numbered to 199 too boot. 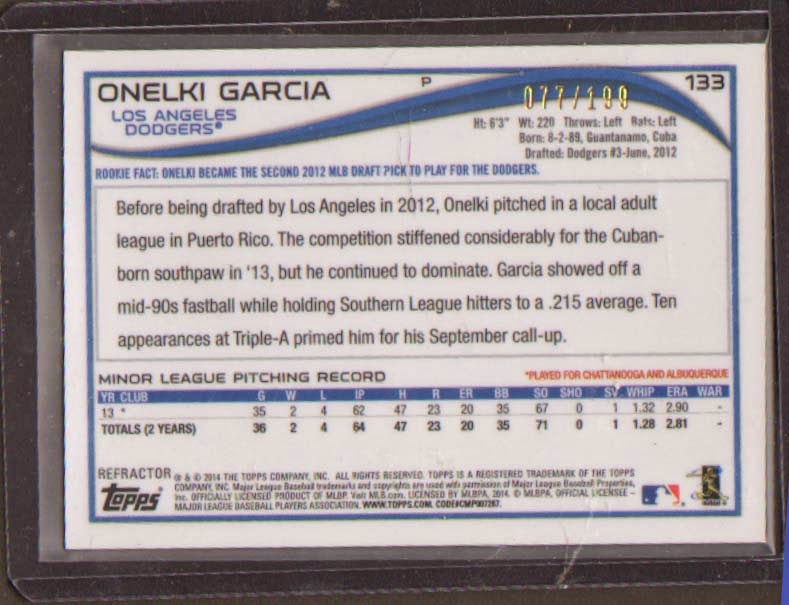 Over all not to shabby when I pull one of the two autos per box.  Still not my cup of tea, but always worth a few packs.  Everything is up for trade.
Posted by cynicalbuddha at 10:06 PM 6 comments: