Maybe someday someone will read this but until that day...

So here's what I got: 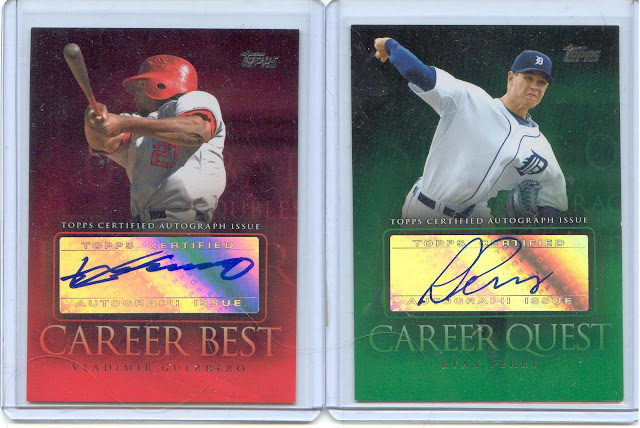 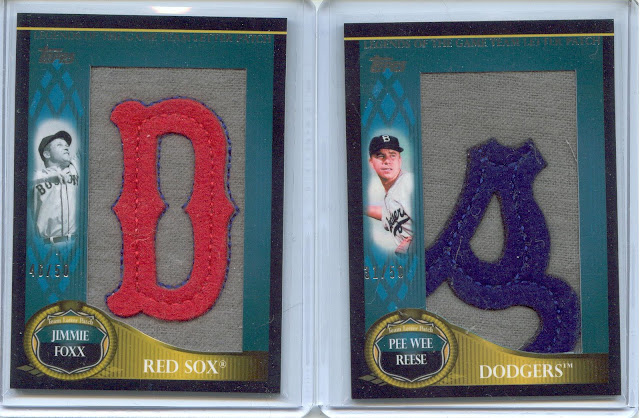 The first box I opened was fine with the 1 and 2 and the odd thing was the the two replica letters where in the same pack??!!?? I don't know if this is the way it all is or not. I was excited for a while till I opened the rest of the box thinking I might get another relic and that the double insertion was an error.

The second box was very disappointing with only the one auto in it.
I mean that's the whole reason to buy the jumbo box is to get the 2 and 1.
Enough bitching on to the rest of the box. 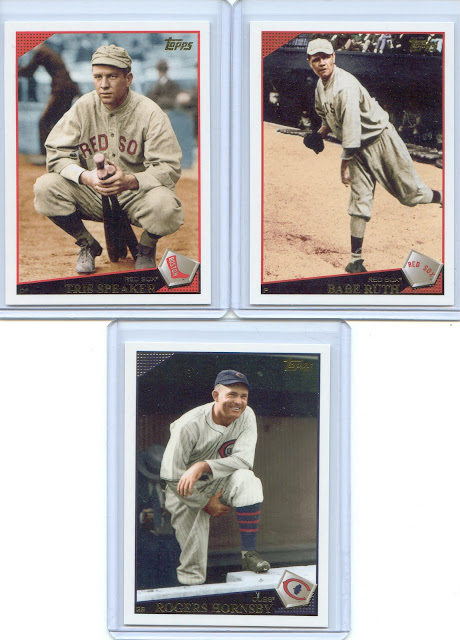 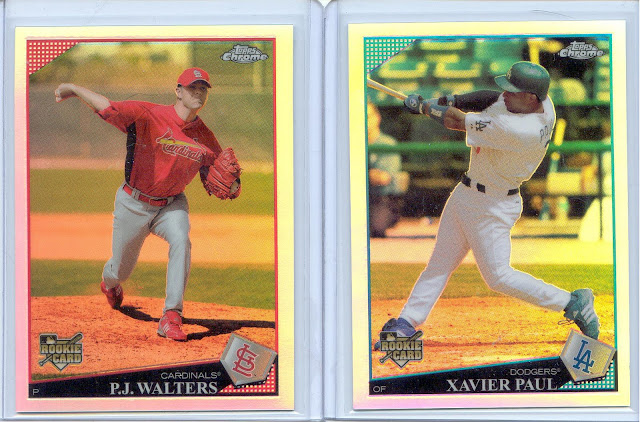 Plus about 900 baseball cards. I haven't put the set together yet but i'm hoping to get 2 complete sets.

I have to say I'm pretty disappointed in the product especially with the two missing relics. I don't think topps counts the black cards as rellic inserts. I know I don't and it would be pretty crappy if they did. I'm email Topps customer service to voice my disapproval.


Well collect on! I've been surfing and there are a few other box breaks of this product out there. They did much better than I.

Posted by cynicalbuddha at 9:44 PM No comments:

Why grading comics is bad.

Welcome back my lost and loney friends.
Lets talk about CGC, Certified Guarantee Company, you can find them at www.cgccomics.com

You may say hey buddha why give out the web address for something you don't like, and I'd reply with I don't hate they company at all. I just think that the basic premise of what they do in grading and encasing the comics takes away what a comic book is and is for. Plain and simple a comic is for reading and when you encase it in a rigid sonic fused hard case it's a little hard to read. But what we have going on now is quest for perfection in collecting. With anything that is collected the mantra is condition, condition, condition. So for that I have to hand it to CGC they do a great job at grading and protecting comics. Unfortunatley they also make a comc less of what it is. Once it's encased all it is a pretty picture.

This basic precept is the reason I don't have a problem with sports card grading companies, at least the reputable ones. And for my money PSA is the only way to go. Because you don't have to open a sports card to enjoy it or gleam the information from it.

I personally don't own a single CGC graded comic for those reasons.

I guess it all comes down to what you collect or own your comics for. Is it enjoyment of reading the story and then hoping the issue goes up in value or is it an investment where you want to make sure it goes up in value, or at least doesn't decrease. I myself have been collecting comic since I was 12 so for me it's a continuation of the love of the stories and characters.

Now don't get me wrong I truly believe in keeping my collection in the best shape possible and well protected. In comic bags with boards and in a good storage box.

Not another blog about collecting?!?!?! Well yeah.

Howdy all. The bored and lonely. I hate to say it but this is another blog about collecting stuff. But not just baseball cards or comic books. I mean it is about that too but I didn't want to pigdeon hole the blog so its about all our legal addictions. I know people that have drug dealers and even gun dealers, but I unfortunatley have a comic book and baseball card dealer. I think a drug addiction might be cheaper. So that's it. For now.