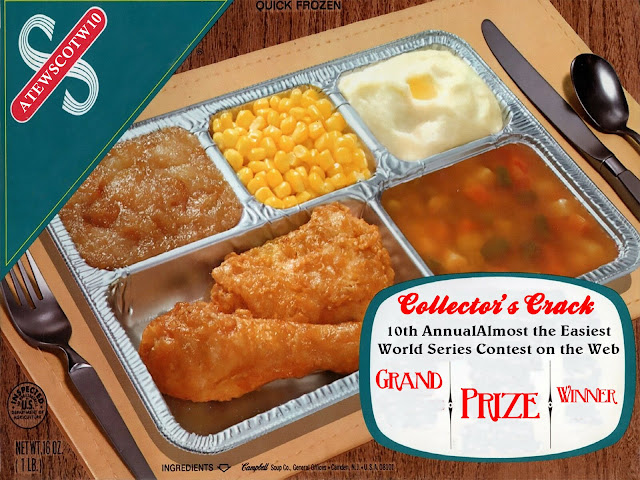 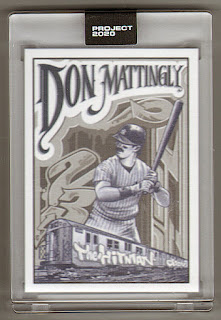 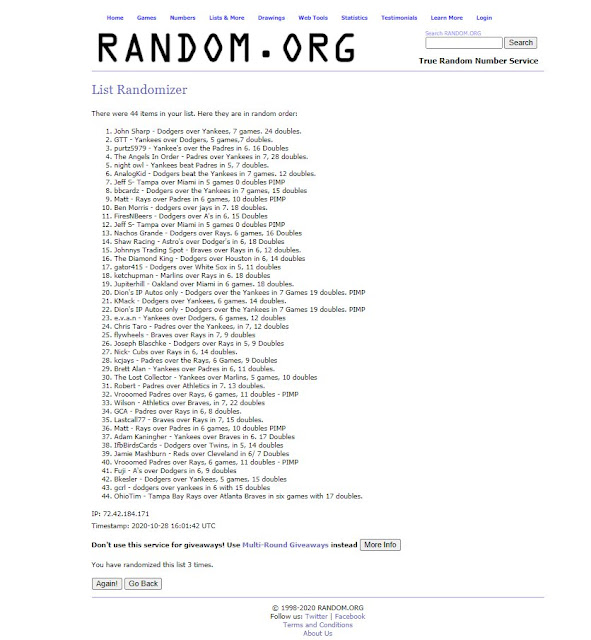 gcrl - dodgers over yankees in 6 with 15 doubles
Posted by cynicalbuddha at 8:36 AM 10 comments:

Wow what a couple of great LCS's!! Both going to game 7 and both looked like they might be run aways.  I was rooting for a Braves - Rays match-up. But damn if the Dodgers don't look tough to beat again.  That being said the Dodgers were the favorite to win the whole thing this year, at least judging from your entries and that also means we have a ton of people still technically alive moving into the World Series.  That being said what we actually have is a five way race now.

We have three picks that chose the Rays to win the World Series, none of those have the correct opponent so we'd have to move to # of games in series and maybe even into the double total.  But if the Dodgers end up finally winning there are two picks that correctly picked the Dodgers to defeat the Rays! 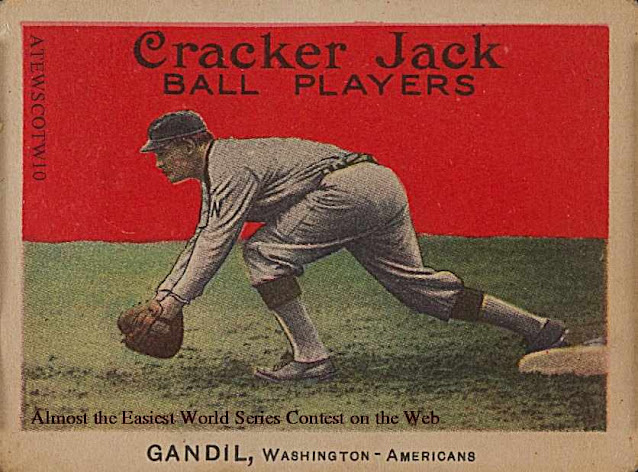 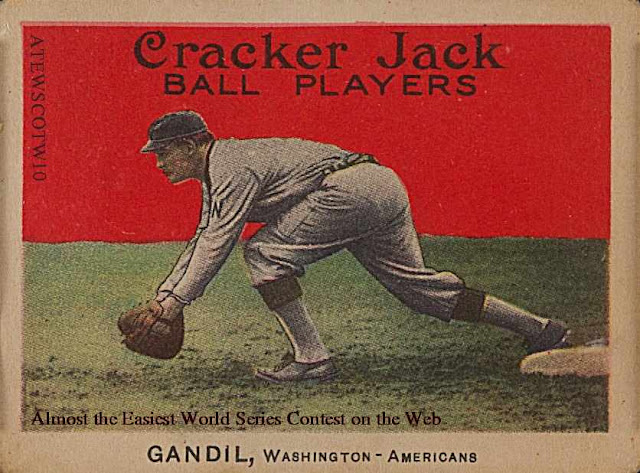 Just one final reminder you have until tomorrow, Monday, Oct 5th at 12 pm Alaska time, 4 pm EST to enter the contest.  I've got a great Topps Project 2020 Don Mattingly card up for grabs and a nice stack of your favorite team if you win and don't forget the door prize.
Again I'll remind you if you already entered and either team you picked got eliminated you can edit your pick, but commenting on your original pick on the sign up post with your new pick.
You can find the original sign up post HERE and good luck.  I'll have the official entries post up hopefully sometime tomorrow evening.
Posted by cynicalbuddha at 2:43 PM No comments: 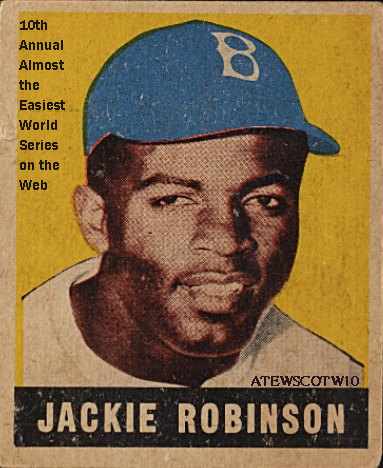 Well my Brewers are out, which was not unexpected.  But as I'm typing this up I'm about to watch the last remaining game finish and the Padres eliminate that Cardinals.

So just a reminder that if you got into the contest early I'm letting you adjust your picks if one or both of your chosen teams have already been eliminated.  It's only fair, since I'm betting there are a few people who were waiting till after the Wild Card Series' were over to enter.  I'd have loved to had the contest closed before the Wild Card but that would have left me with only basically a day for people to find the contest and sign-up.  Anywho, if you've already entered the contest and would like to adjust you pick, either because one or both of the teams have been eliminated or you've just had a change of heart please pig-back your original pick on the sign-up post by commenting on it with your new entry.

Looks like the first Divisional Series game will start around noon Alaska time on Tuesday Oct. 5. so the contest will officially close right before that or around 4 pm EST.  Remember to promote the contest and leave a link or at least a note on your entry that you did it so I can give you an extra entry into the door prize drawing.

I will likely put out one more reminder before that, but thanks to all that entered already and don't forget you can change your pick.

Posted by cynicalbuddha at 9:00 AM 3 comments: