It's been awhile since I've had a TTM success and seems like even longer since I posted here.  But I finally can put the 1970's to bed in my Brewers TTM Project.  1973 was the last year I needed to get a card signed by a unique Brewer.  I figured I had better start making an effort as a lot of the guys from that era are starting to pass away and even fewer are signing TTM.

Luckily there was one guy that was pretty dependable, still with us, and was a Brewer and had a Brewer's card in 1973.  Frank Linzy.  Frank played for the Brewers in 1972 and 1973, well before my time, as I was born in 1973.  Frank is now 78 and still has a great signature.  I'll let Tony L. over at Off Hiatus give the indepth story on Frank in his meet the Brewers series, but according to his wikipedia page Frank was one of those great fireman pictures of the late 60's with 110 saves to his credit.

Thanks Mr. Lizny for being my 1973 auto and rounding out the decade. 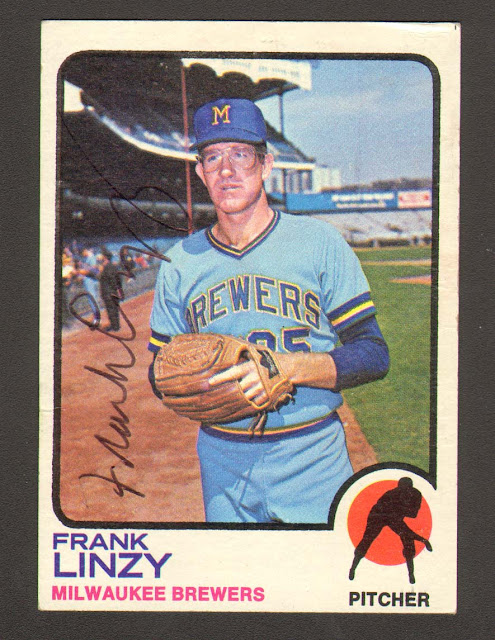 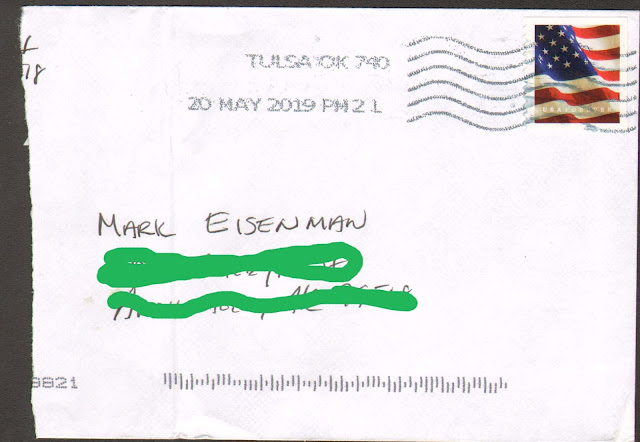