I had a very pleastant surprise in the mail box yesterday.  I got another TTM back and this one finally fills the last 80's spot in my Brewers TTM project.  Like Tom Tellmann who I featured earlier I sent Rick Waits his 84 and 85 Topps cards.  As you can see Rick has a bold and beautiful signature.  I decided that Rick's 84 card would take the year spot.  Now onto the finishing the 90's and 00's. 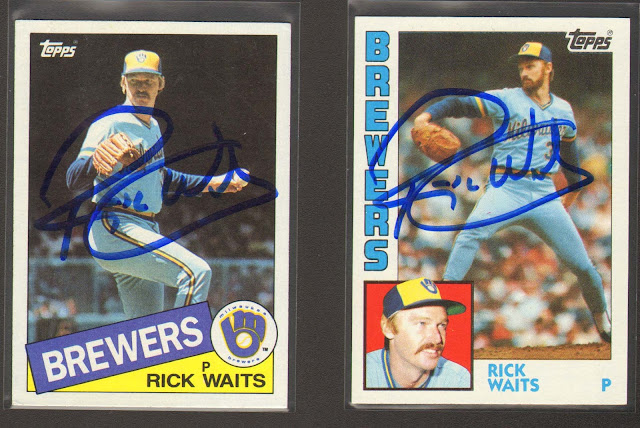 Posted by cynicalbuddha at 8:57 PM 4 comments:

Wow we have a heat wave going on up here in Alaska.  Anchorage hit 90 degrees yesterday. That's a new record not just for the date, but for an all time high temperature for the city, since they started keeping track of that sort of thing.  Whew.  I've also got other big news, but I'll save that for a later post.  Instead I'm going to ply you with a few more successful TTM's.  First up is a couple nicely signed Tom Tellmann cards.  I strategically sent out a quartet of TTM requests early last month.  I only need two more year's from the 80's and that decade is closed for my project.  I sent Tom his 1984 and 1985 Topps cards, that's last two years I need in the decade.  As a rule I'm trying to get a different player for each year, so Tom will only get to count for one of those year's, but I'll spoil this right now and tell you I just got back another TTM today that finished off the decade and I'll feature that success later. 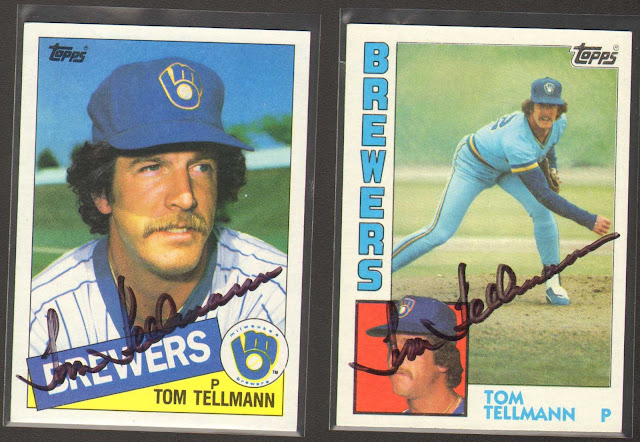