Wow I've really not had much to blog about.  I'm not planning on buying much Gypsy Queen.  Maybe a few packs, but seeing as I'm in A Cardboard Problems group break so hopefully I'll get some goodies outta that.  No boxes for me, especially at over a hundred bucks a pop.  I'm saving up for Series 2 and maybe some A&G.

But before my vacation I posted my box break of my one box of Heritage and I stated I had no intent on putting this set together and Jeremy over at No One's Going to Read This Blog asked if he could have the Mets and Team cards I had pulled.  After a few emails back and forth after I got back from my trip we worked out a deal.  I sent him all the Heritage he wanted and went through his needs lists and filled a good amount.  Well yesterday I got home and had a nice little package waiting for me.

Jeremy sent me a few cards from my needs list.  A few 2010 Heritage, 2009 T206, 2010 Topps inserts, and some random and very nice Brewers and Packers cards which don't need to be shown here but were very much appreciated.  He also sent me these goodies for my PC's and team collections. 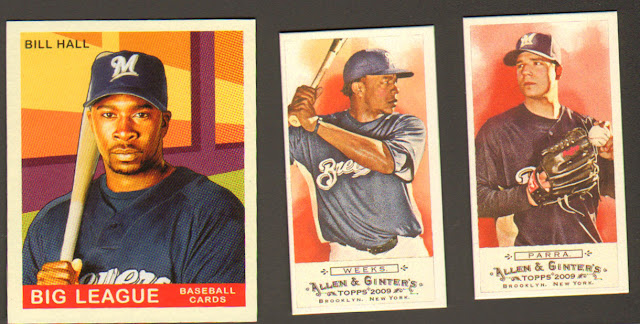 First we have a few minis. Have I mentioned I love mini's?  You know what else I like shiny!!  Hey Topps how about some shiny minis???!!! Na probably not a good idea they would probably curly up like a piece of bacon. 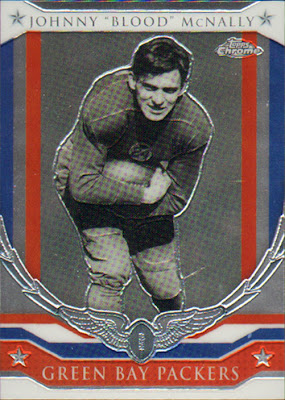 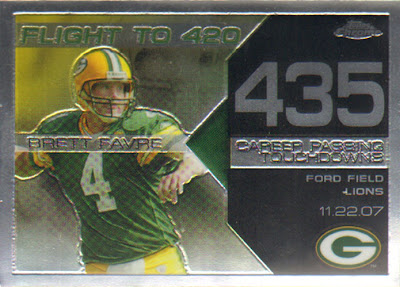 A Favre Flight to 420 chrome card. 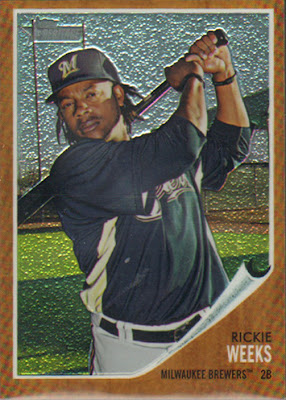 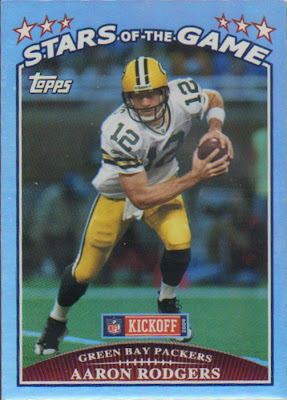 This card didn't scan shiny, but it is.


Jeremy also sent along some nice parallel cards for me. 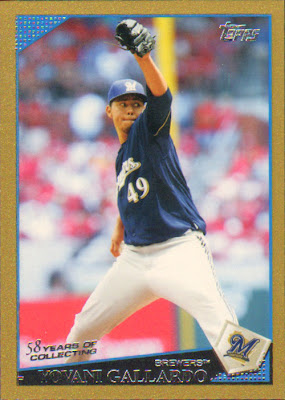 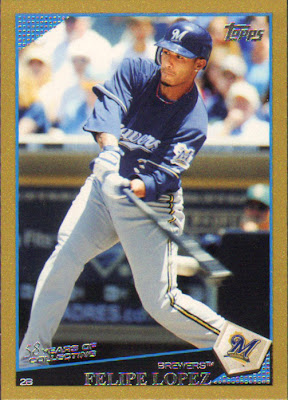 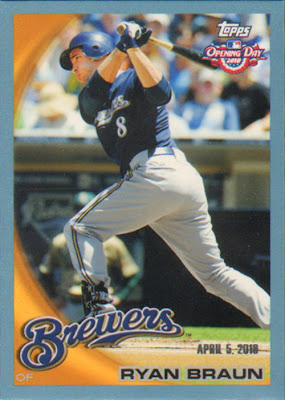 a Ryan Braun 2010 Topps Opening Day Blue Parallel.  If you haven't noticed I officially have added Ryan to my list of Player Collections.  I did a big write up about it over at my Brewers blog Miles from Miller. Now that Mr. Braun will be a Brewer until at least 2020.  This means I will actively try to acquire and will trade for relics, autos, ect outside of just collecting him for team sets.  I already had a nice collection of Braun cards in my Brewers collection and have been picking up cheap cards of his here and there, I also got a nice lot from Brian at 30 year old Cardboard a while back. 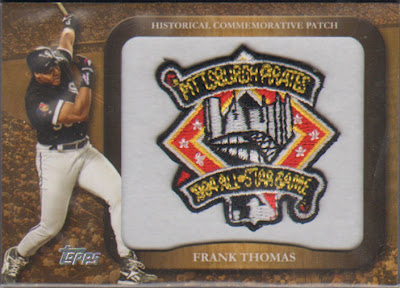 Jeremy also sent this bad boy along.  Nothing like a new Big Hurt card to add to the collection.  Frank and Bo are two very passive player collections.  They are two players I loved watching growing up.  I'm not really a White Sox or Royals fan, although I'm not a hater either, but the first real Major League game I ever went to was a New Comisky Park after my dad retired from the military.  Long story, but I got to see Frank play and watched as the Sox came back down from 7 runs to actually win the game!  I do believe that was back in 1992! Man the years fly by.

I think the best card that Jeremy sent along and was a total surprise was this bad boy. 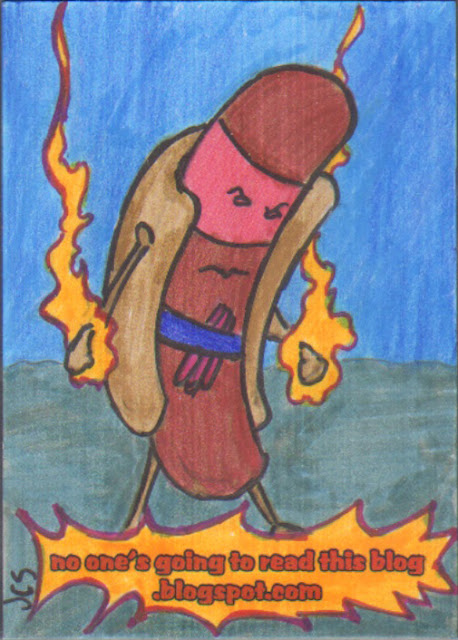 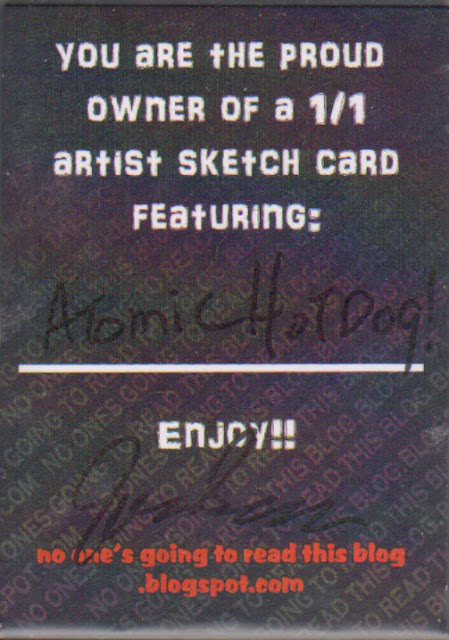 If your wondering what the hell is that a custom of I'll tell ya.  I've been drawing comics since high school and was fairly seriously thinking of heading that direction in life when a guidance councilor told me not to make something I love to do something I had to do.  So instead of getting an art degree I went and got a Biology degree.  I still like to draw and have books and books of doodles.  A lot of my comics come from doodles that eventually get fleshed out and worked on.  One of those ideas came from a group of doodles of superhero objects.  I was reading Skinny Legs and All by Tom Robbins at the time and if you haven't read it some of the main characters are inanimate objects, which kinda put this thought in my head.

You can read the comic that I came up with here at the 13 Tenets.

While your there you can explore a lot of my other comic strips.  In the Legion of Extraordinary Objects there's a little guy named Samurai Mushroom.  I actually had a friend commission a strip of the Samurai Mushroom on his own and that snowballed into a series, which of course I never published until I started posting it at the 13 Tenets.

Whew.  Anywho, thanks Jeremy what a great trade!!!
Posted by cynicalbuddha at 9:30 AM