Winner, winner, chicken dinner! The 3rd Annual Almost the Easiest Super Bowl Contest on the Web has a winner!! 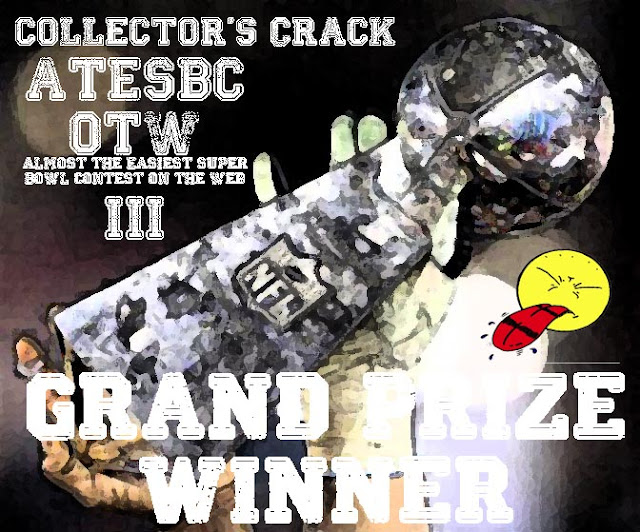 Well that was an interesting Super Bowl I guess.  I wasn't too impressed with the ads this year, not that anything I see during the Super Bowl makes me want to buy a product, but usually they are entertaining.  Not so much this year.  And lets face it, it looked like the Ravens were going to run away with it there for awhile and yes I realize that it came down to the last two minutes and the Niners almost made an amazing comeback, but most of the game was pretty boring.  Especially since I wasn't vested in either team. And what was up with that hour long power outage?  But we have a winner.

This year we had 25 enter and we had 5 going into the final. Here's the original post.

I asked you just to pick the winner and  few tie breakers.
Here's what a perfect prediction would have looked like.

Up for grabs were a trio of great rookie cards and I always throw some bonus cards in as well.. 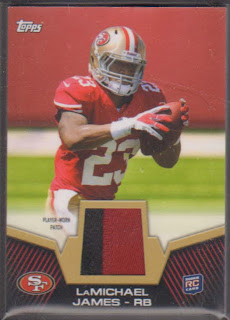 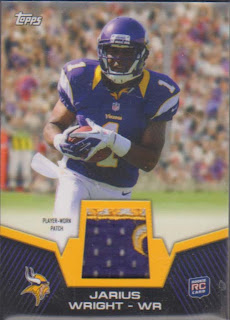 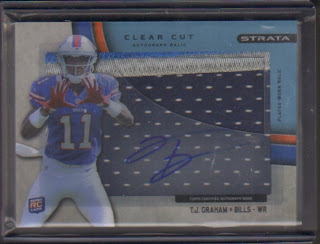 Here are our 5 finalists and our winner!

Robert who writes the great blog $30 a Week Habit and I do believe is a Blue Jays fan, not sure if he has a favorite football team, but seeing as baseball is just around the corner I'm sure I can come up with some Jays too if nothing else.  Robert I'll be emailing you shortly.

But wait there's more.  We still have the door prize to give away.  Everyone who entered is in and four of you guys were nice enough to pimp the contest and let me know about it to get an extra entry.  I've entered everybody into Random.org's list randomizer and randomized the list 3 times. 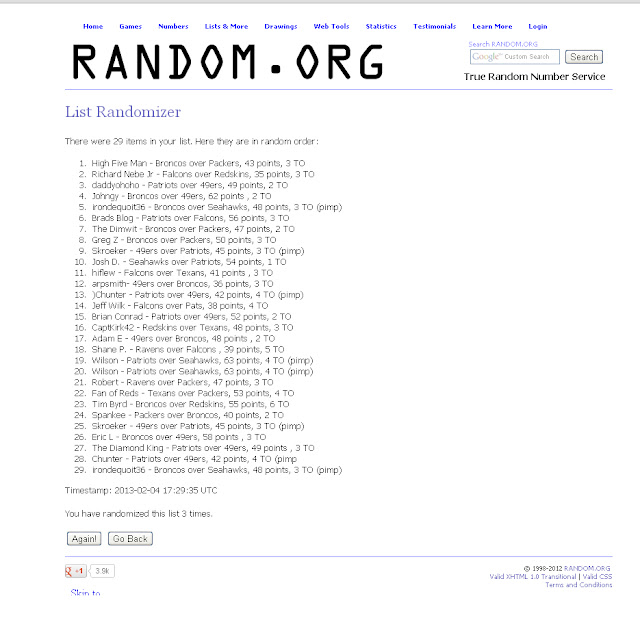 It's the High Five Man better know as Justin from Justin's World.
Justin I'm not sure what team you root for, but I'll be emailing you shortly as well.

Thanks to everybody who entered and making this the biggest contest on the blog yet.

Posted by cynicalbuddha at 9:01 AM