Almost the Easiest World Series Contest on the Web -- The Winners

Well hell I have to say I'm glad to see that game 7 was a real chess match. I didn't see Hudson only lasting 1 2/3 innings, but after Bumgarner came in I think it was over for the Royals. Anywho... 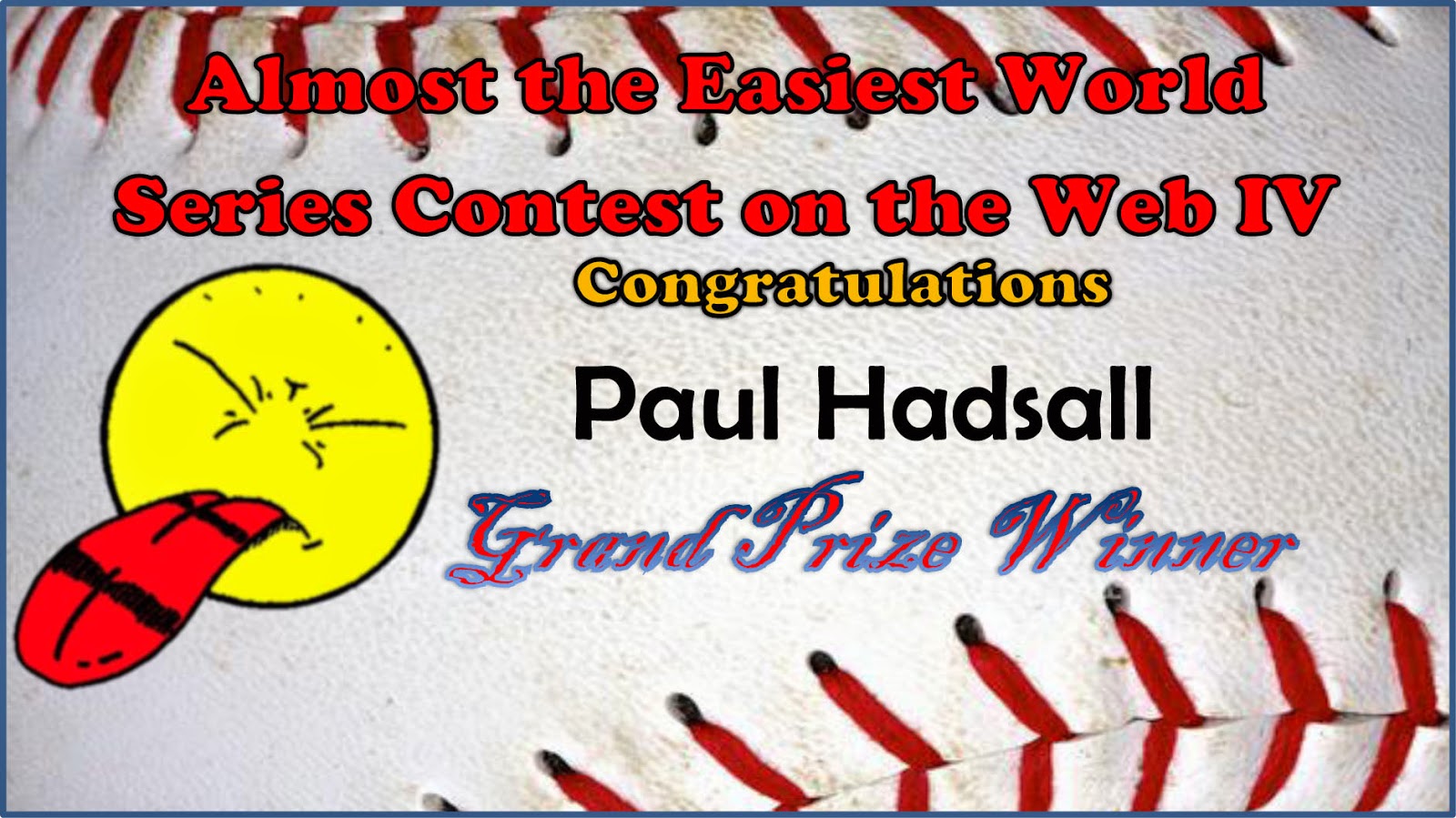 Congratulations to Paul Hadsall who writes the great blog Paul's Random Baseball Stuff.
Paul was the only person to correctly pick that the Giants would win the World Series.  And honestly that's the whole contest.  Here's Paul's winning entry.


But it's always nice when we don't have to go to the tie breakers.  And we had a great turn out this year.  43 people signed up without even knowing what I was giving away! Suckers.  Last year we had 30 entries, 2012 we had only 12, frowny face, and for the inaugural contest way back in 2011 we had 21, so a great turn out this year for sure.  I'm hoping for over 50 entries next year and hopefully I won't be in the throws of new baby, home renovation, work distopia and be able to assemble a great prize package for my 5th contest.

We had a great match up going into the World Series with 5 players making it to the final round, but only two really in contention and if the Royals had won, Jupiterhill would have correctly predicted the winner and the match up and the correct amount of homers.

So congrats to Paul, who's a Mets fan and will be getting a nice little Mets bonus in with his other prizes.

But I know you're all waiting for the door prize drawing.  I had a nice box set of 1991 Score Rookies that contained a sweet Tim McIntosh rookie card.  I also have other stuff to include in the package, but I'll let that be a surprise to the winner.

So I entered all 43 people into a list randomizer over at Random.org.  If you promoted the contest you got an extra entry.  I randomized the list 3 times and here are the results. 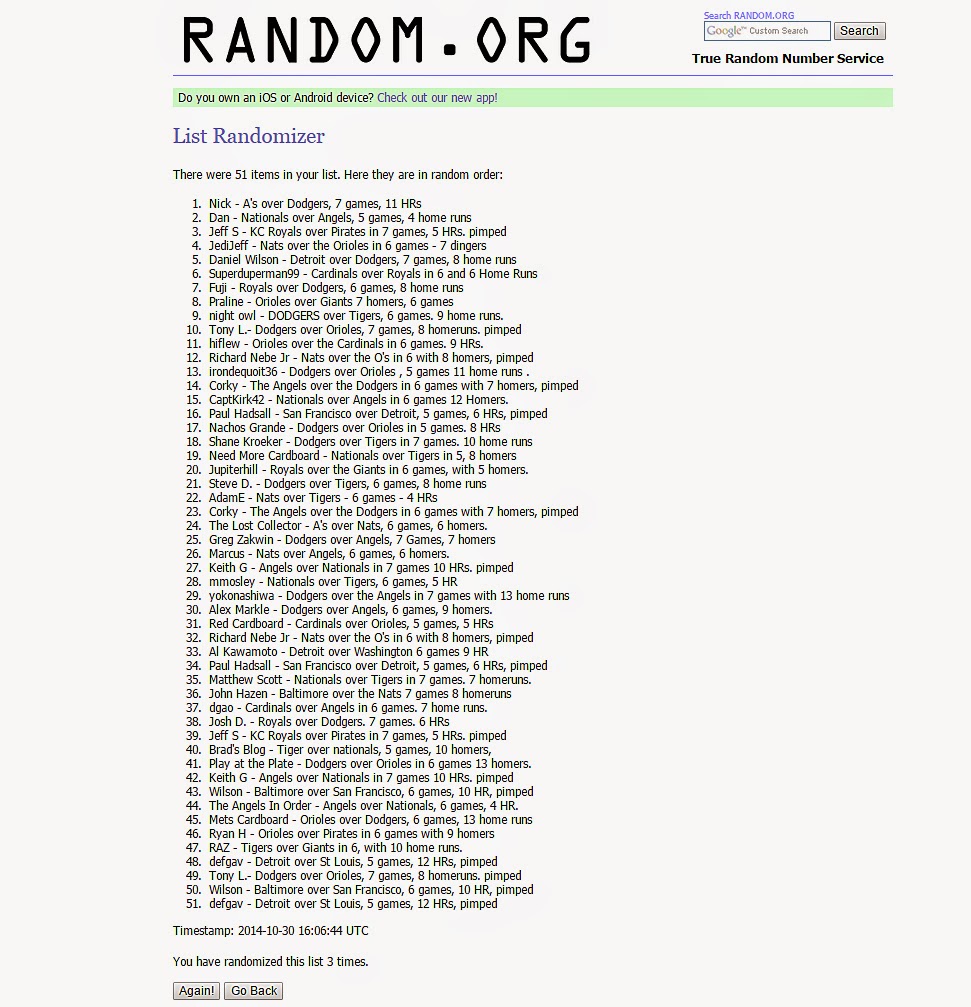 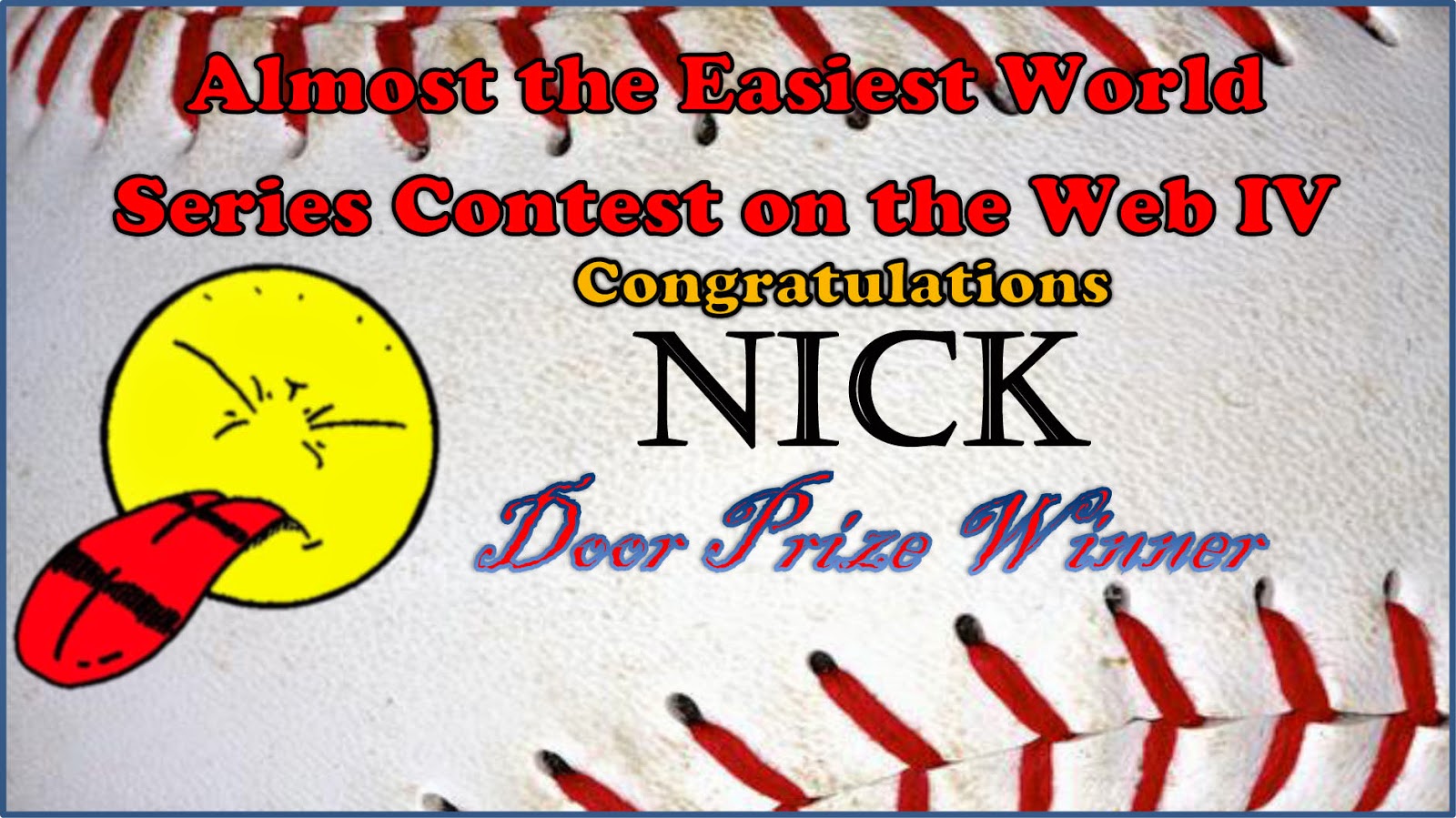 And thanks again everybody who entered.

Posted by cynicalbuddha at 8:19 AM