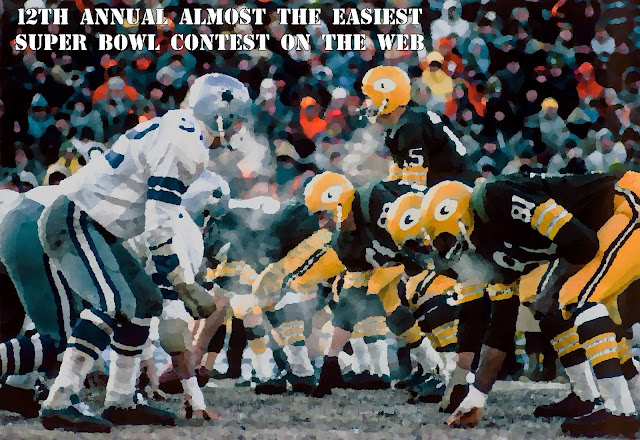 Wow, just wow.  I will say I'm sad to see my Packers eliminated, but really they only have themselves to blame or at least the special teams.  Both Saturday games were pretty surprising.  But the two Sunday games holy cow, what a roller coaster!!!! But with both #1 seeded teams gone and Tom Brady and the Buccaneers it's easier to just say how many we have left than how many we lost.  Going into the Conference Championships we only have 11 teams left!!!   I'll be honest I thought the Bills were going to pull off another upset and we'd have lost even more.  As of right now I think we only have two picks that have an opponent still in the playoffs.  Could come down to the wire and I'm sure next Sunday will be a great day for football.

With that said here are the picks and those remaining, I'll have another update after the conference championships and thanks again for everyone who entered!!!

packsux -Packers over the Bills, 51 points, 3 FGs. Packsux on TCDB

Jafronius - Packers over the Titans, 44 points, 3 FGs. Thanks for the contest!

Posted by cynicalbuddha at 7:55 PM