I recently had an interesting interaction on Twitter involving a new collector.  He was very upfront about his rookie status.  He had pulled a serial numbered red foil parallel out of 2022 Topps Series 1 and had no idea what it was or why it was different.  I was very happily surprised about the hobby twitter support that came to the aid of this new collector and it just helped remind me that there are people finding this hobby for the first time or even better coming back to the hobby, which seems to be a common theme during the pandemic.  It also helped ground me to the fact while I've been in and out of the hobby since the mid-80s the hobby is almost a completely different monster and it can be down right confusing.  So to help with that I thought I'd kind of do a primer on current hobby nomenclature.  So if you're a seasoned collector these posts might not be for you, but I would love your feedback on anything I might have missed or you think should be included.

I'm going to break these posts up into 4 areas.  Hits (what they are and what you can expect), parallels (why are there so darn many of them), packaging (what's the difference between hobby and retail), and lingo (what is a rookie card?).

Let's start with packaging.  I'm going to focus on modern products, what you can expect to see if you go into your local Walmart or Local Card Shop (LCS).  There are lots of great vintage packaging products you don't see anymore, but that might be a post for another time.  Let's go shopping!!!

I think I might have to explain the lingo as we go as it's pretty integrated into the hobby.  So let's start with walking into your LCS or rather your local card shop or store, could also be used for your local comic book shop, which usually also carries sport cards and non sports cards.  At your LCS you are going to find what we call hobby boxes.  This is card packaging made for card stores.  You may also find more retail oriented packages as well, but I'll leave those till be head on over to Walmart to look for cards.  As of right now we have 3 big players in the sport card market.  Topps which has the exclusive baseball card license (and was recently bought by Fanatics, also another post for another time), Panini which currently holds the exclusive NFL, NBA, and NASCAR licenses, and Upper Deck which has the exclusive NHL license.  Panini also has a license with the MLB Players Association (at least for a couple more years) so they can produce baseball cards, they just can't use logos or team names.  Each company puts out their own products and has different brands, like Topps has Bowman, Panini has all the old Donruss brands and Upper Deck has all the old Fleer brands, etc.  The two main kinds of hobby products are hobby boxes and hobby jumbo boxes.  The difference being the number of cards per pack and the number of packs per box.  Also different products and box types will have different amounts of hits.  Will get to hits later, but basically a hit is considered a card that is autographed or has a piece of relic imbedded in it, or both.

Using Topps 2022 Series 1 baseball as an example a hobby box has 24 - 14 card packs.  Topps also released a lot of there products in jumbo boxes. 2022 Topps Series 1has a configuration of 10 packs per box with 46 cards per pack.  The big difference between the two besides number of cards is that a hobby box has one guaranteed hit and a jumbo box has three.  Usually. 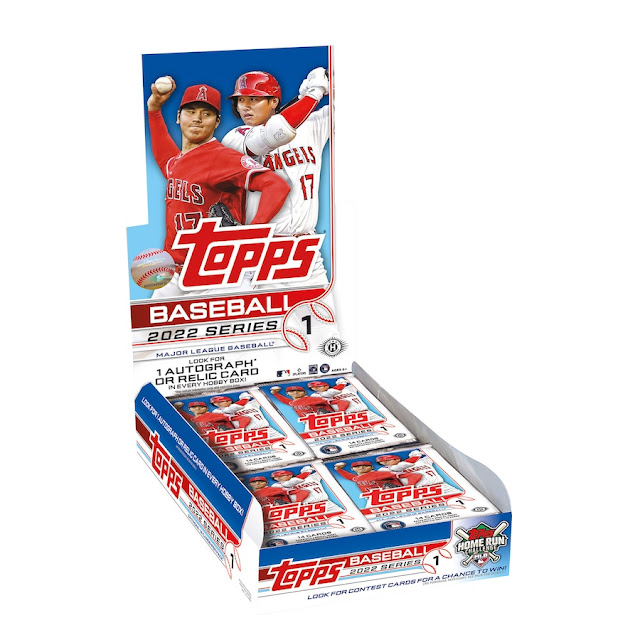 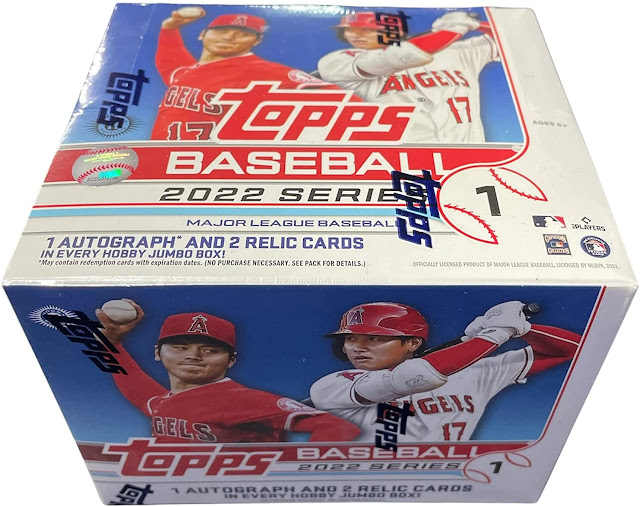 Now let's walk on down to a retail store and see what you might find there.  Over the years card companies offered a bunch of different packaging options for retail stores these are what you are most likely to find right now. 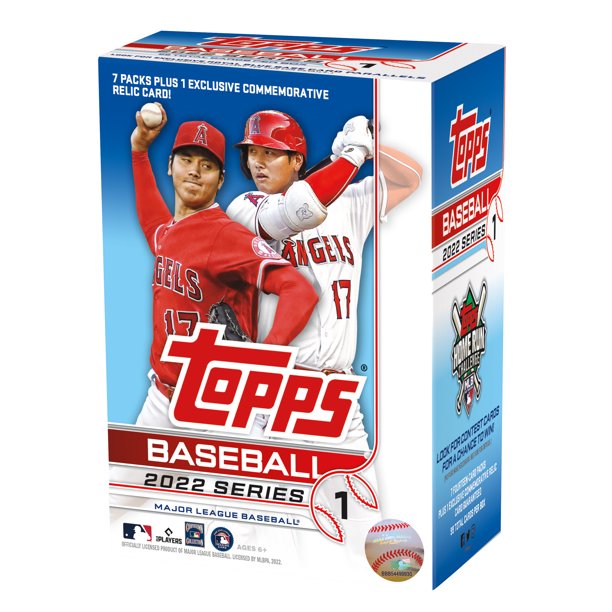 Hanger boxes.  These are small boxes that have a tab attached that can be hung from a store display hook, hence the hanger part.  These usually have one pack inside of about 40-60 or so cards.  These too may have exclusive content specific to just hanger boxes. 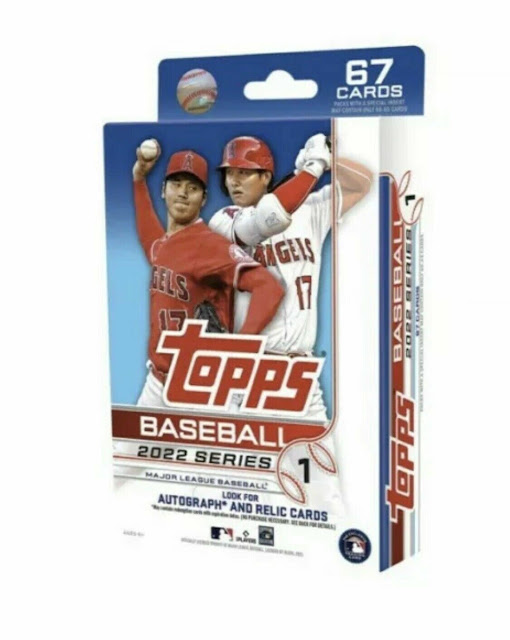 Retail fat packs or just fat packs (not to be confused with hobby jumbo packs).  These are just larger packs around 30 to 40 cards that like the hanger boxes are meant to be hung on a display hook.  I have yet to see Topps Series 1 fat packs, but they might be released later, which also sometimes happens.  And again these can sometimes have exclusive content just for this package type. 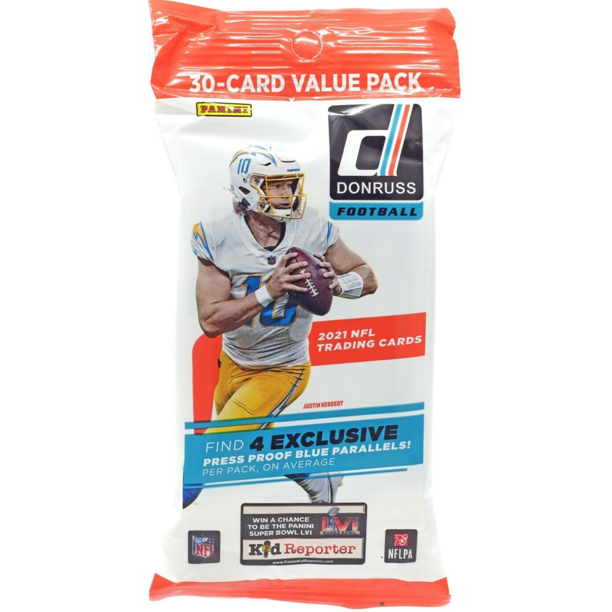 Blister packs.  These are packages where the card packs are on a cardboard backer and have a clear plastic shell or blister holding them on.  Topps currently has retail two pack blisters running around but again these can come in different pack configurations and have exclusive cards and content. 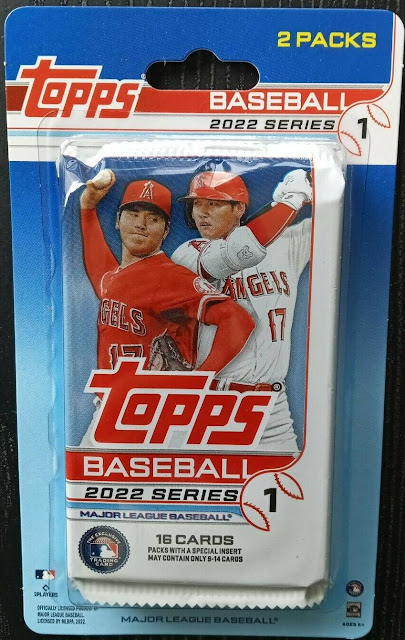 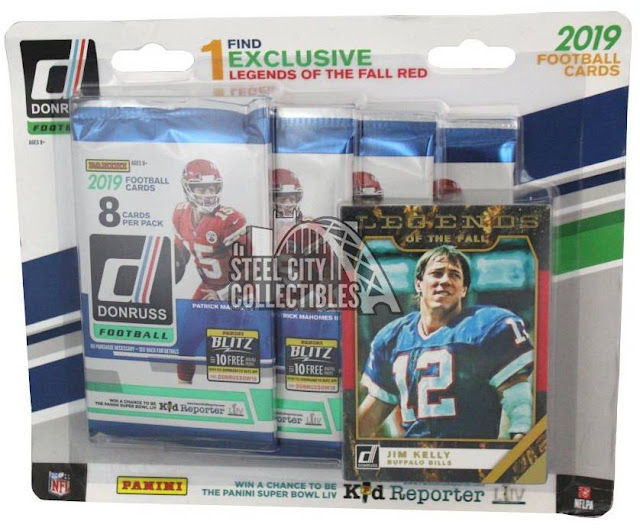 Mega boxes.  Relatively new Mega Boxes are just larger retail boxes, they usually have move packs than a blaster box and sometimes contain guaranteed hits and exclusive content.  They are most analogous to a hobby box. 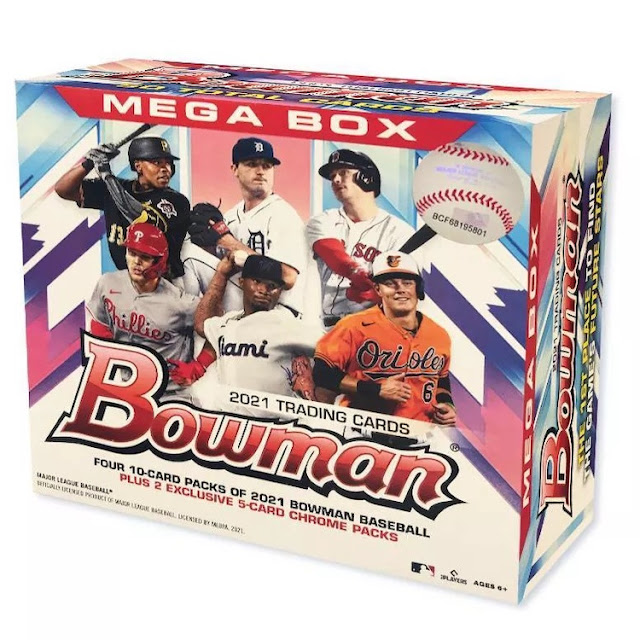 One last retail product you may see this year are retail tins.  Topps has released Series 1 tins the last two years, but Panini and Upper Deck also occasionally will release product tins.  Again these can contain one or multiple packs and sometimes include exclusive content. 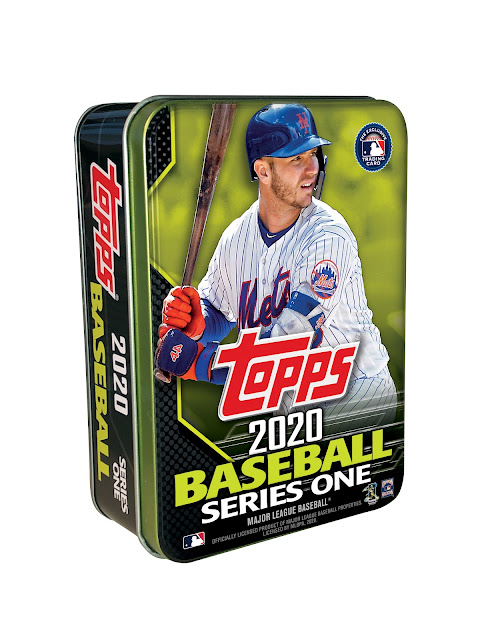 Before I end this post I should point out that some card sets are retail or hobby exclusives, meaning you'll only find them at retail outlets or in hobby stores and some of the retail exclusives are exclusive to that store, like Topps Fire, Bowman Platinum, and Topps Holiday for examples.
I hope that was helpful.  I think I might put together a historical packaging post where we can talk about rack packs and cereal boxes.

Posted by cynicalbuddha at 8:48 AM