Next up in my nomenclature of the Hobby series we're going to talk about parallels. Specifically base card parallels.

Disclaimer: I do not consider myself a trading card expert or any kind of authority on the subject.  I'm just a collector with 35 years of experience.  These posts are just my opinions and are meant to be informative and educational. Feedback and/or suggestions are welcome (as long as they're civil).

First let's talk about a term you may or may not have heard of but will be popping up in the next couple posts.  Added Value Content (AVC).  It's a mouthful and to be fair it's not a term that actually get's used a lot with collector's, but AVC is exactly what parallels, inserts, and hits are.  Basically it's why Topps, Panini, Upper Deck, or whoever can charge you more for a pack of cards.  It also makes sealed products walk a thin line (if not actually cross it) of  being a kind of gambling.

So for this post I'm going to be talking about parallels as they pertain to the base set of a product.  Card makers also put out parallel versions of inserts and hits, but we'll cover that when we talk about those subjects.

And when I'm talking about parallels I'm talking about cards produced to parallel the base set that were inserted with the base cards and could be pulled from packs.  I make this distinction because I'm not talking specifically about sets like 1975 Topps Mini, Topps Collector Edition (Tiffany) Sets, Fleer Glossy Sets, or 1991 Topps Desert Shield stamped cards.  These are sets that do parallel other base sets but were released as their own product.  I do however consider parallels inserted into factory sets base set parallels, yeah it can get a little confusing.

Remember there is no real authoritative entity in the card collecting community (sorry Beckett) and I'll be fair I did not do exhaustive research so please forgive if I forget anything, gloss over some things, or missed something completely.  But I'm going to attempt to mark the start of the age of the parallel and that is 1992 for Baseball and 1991 for Football.  The first true parallel sets came in 1991 Wild Card Football and Basketball and  1992 Topps baseball.

If you happen to have been collecting in 1991 or come across some old Wild Cards, Wild Cards gimmick was the insertion of cards with numbered stripes of various denominations (5, 10, 20, 50, 100 and 1000).   If you pulled one of those number striped cards you could send that card into Wild Cards and they would exchange it for the same number of base cards of that player. 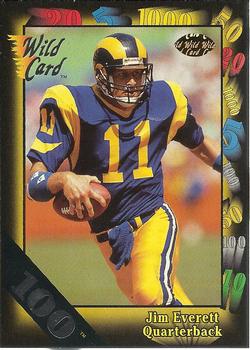 Topps' gold foil parallel appeared the next year and is considered the first true parallel set.  Inserted at different odds depending on the packaging, they fell about 1 per box or 1:36 packs. 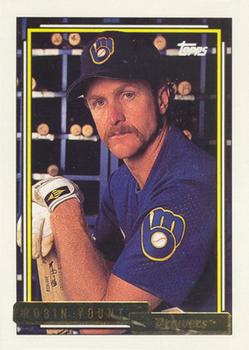 And we've had parallels in packs every since (mostly).  I do remember when the gold cards hit the market collector's ate them up!!  It didn't take long for other card companies to follow suit. Examples that come to mind are the 1994 Score Gold Rush parallels and 1995 Donruss Press Proofs, and the 1994 Upper Deck Collector's Choice Silver and Gold Signatures.
The first serial numbered parallel cards would come from late to the Parallel game Fleer with it's Flair Showcase parallels and Pinnacles Totally Certified.  But the effect of cards having serial numbering and defining their print run allowed collector's and sellers to kind of gauge value based on rarity.
Fast forward to the last couple years and Topps and Panini seems to be in a competition to see who can produce the set with the most parallels. 2021 Panini Prizm baseball had 43 different color parallels!! Topps flagship and chrome baseball had over 30.  That's kind of insane.  Again we can go back to the AVC.  Inserting parallels, especially serial numbered parallels, helps companies justify their products higher costs (along with guaranteed hits and inserts).
The insane number of parallels put out today also gave rise to a popular goal in collecting and that's putting together a player rainbow, or collecting one of every parallel.  Pretty hard with 1 of 1s, in the parallel line up.  But most collector's get goals and a level they want to collect down to or an afford to.
Depending on the set and product the base set may have many different kinds of parallels. So let's look at some of the more common you may see out there in the card market from some current releases.
Currently color parallel or border parallels are the most common type of parallel card you will encounter.  And the parallel is just what it sounds like the base border color (usually white or plain) will be replaced with a color or design. 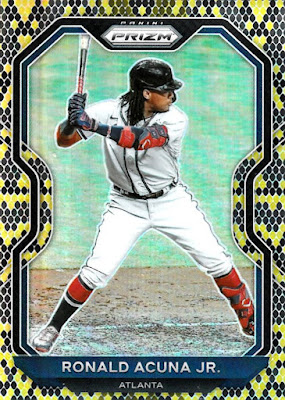 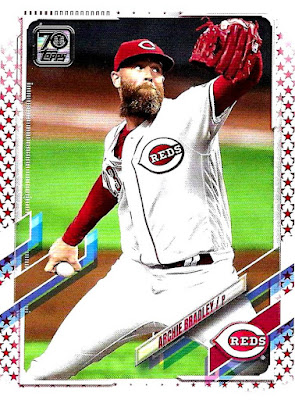 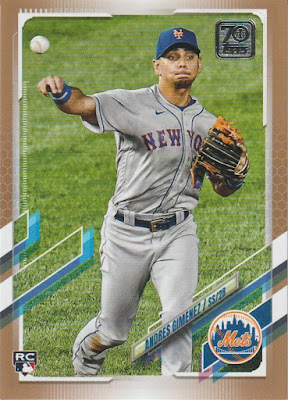 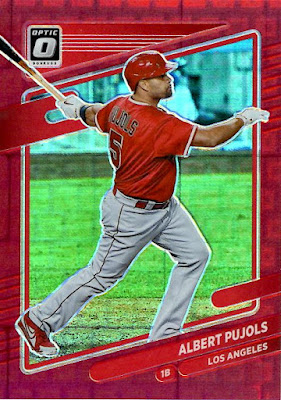 Another type of base parallel that is similar to the color or design front is the framed parallel.  This was popular with Donruss Diamond King sets in the mid 2000s, Upper Deck Masterpieces, and with Topps Gypsy Queen sets up until fairly recently.  And while this parallel seems to have fallen out of favor it may make a comeback again.  Here are a few examples from my Yount collection. 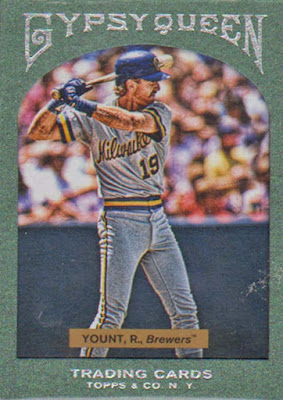 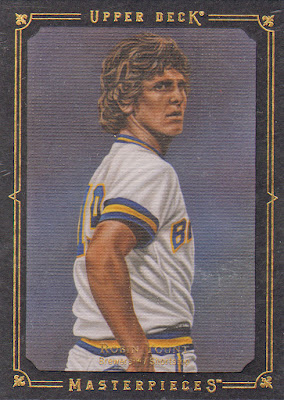 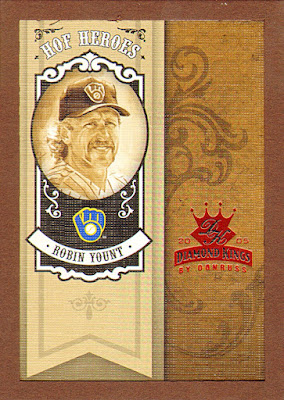 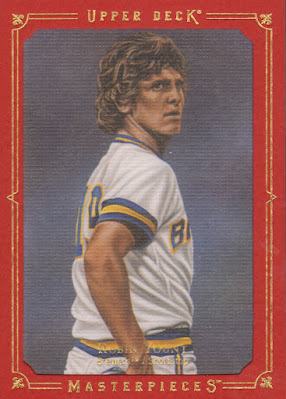 One last front parallel you may see are cards that are foil stamped.  Like Topps' special employee sets, Montgomery Club, or other special Topps events like their Rip Party, the All-Star Game and 70th Anniversary celebration. 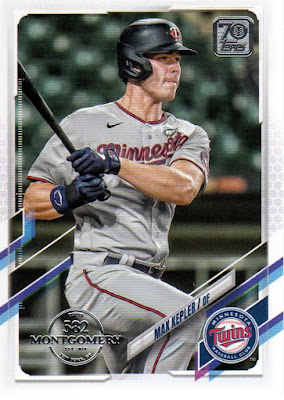 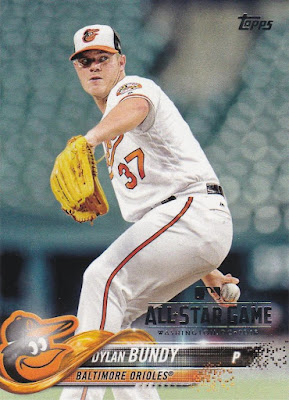 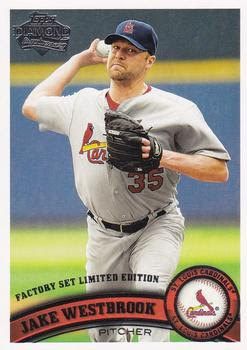 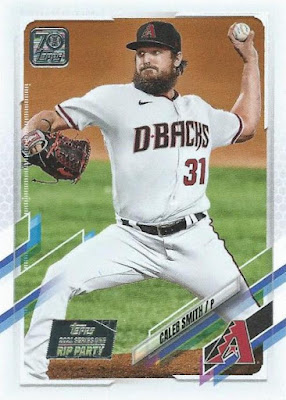 Sometimes the difference in the parallel isn't on the front it's on the back.  The one example of this that comes to mind is Topps' Advanced Stat parallels.  While the fronts are completely the same from the base set the backs feature advanced stats.  It does help that Topps serial numbered these to 300 to make them a little easier to spot. 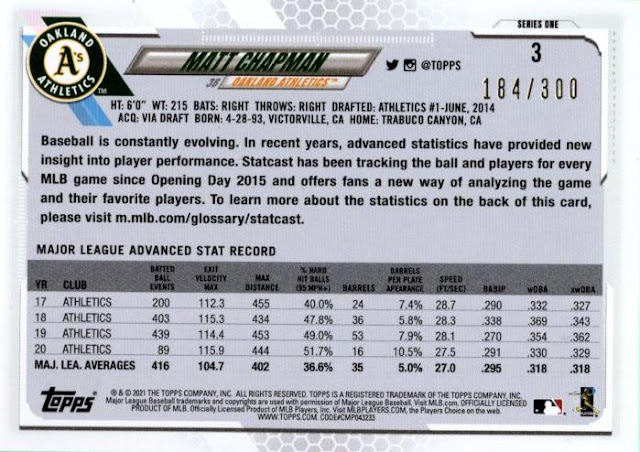 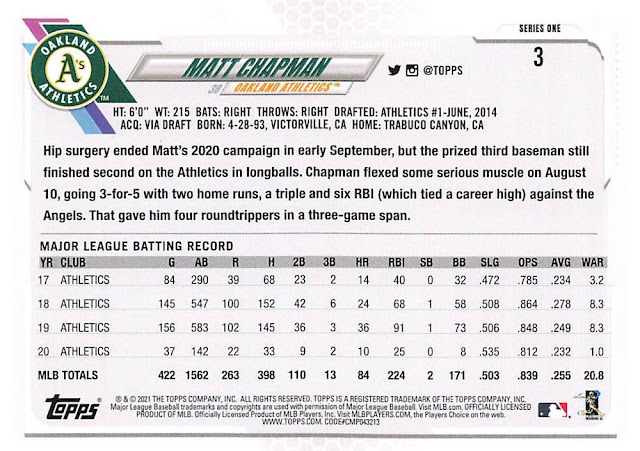 One last parallel type to mention and that's cards with different card stock.  Again I'm thinking specifically of Topps' Vintage Stock parallel, but there have been other sets in the past that have had parallel sets with different card stock types. The Topps parallels are serial numbered and are hard to miss amongst the shiny slick base cards.   One other example that comes to mind is the 1996 Fleer baseball set, where the base set had a matte finish and the parallel set was glossy. 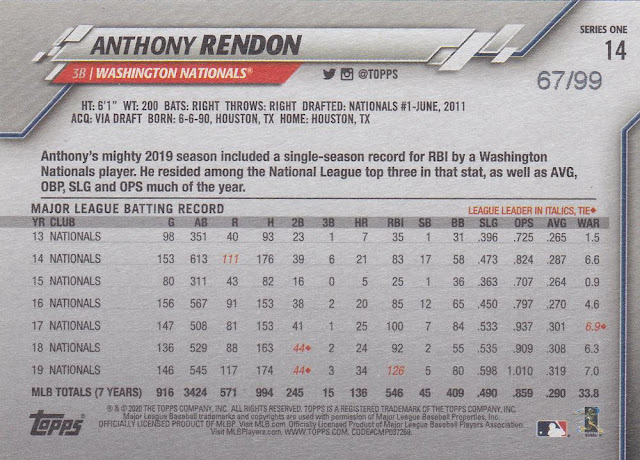 Love them or hate them (and there are plenty of people who do) parallels are here to stay. Do you have a favorite parallel?  Is there a parallel not being made anymore that you miss?  Did I miss anything?  Let me know.
Posted by cynicalbuddha at 7:00 AM