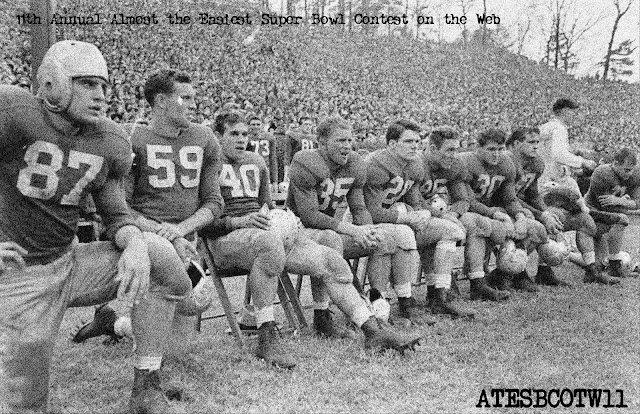 I have to say this was a pretty good weekend of football.  We didn't lose too many people simply because the overwhelming majority of picks were for the #1 seeds in each conference and they, of course, got a bye this week.  And how unexpected was the rout by the Browns! I missed the first 5 minutes of the game and the Browns were up 14 nothing.

Anyway, we lost four this round, but next weekend should be very entertaining.  Thanks again to everyone who entered, I'll have another update post after the Divisional Games next week.

Corky - Seahawks over the Bills 63 total points and 4 FGs

Jafronius - Packers over Chiefs, 57 points, 4 FGs. Thanks for the contest!

Posted by cynicalbuddha at 7:39 PM