As promised I picked up my second box of Topps Update Jumbos.

The first box yielded some great stuff and a full set, so I was happy with that.  This box wasn't as good as the first, but still not terrible.  No damaged cards, which is a big plus, and all my hits were there, so I was very happy. No Hope Diamond parallel in this one but I did get some nice variations.

First the relic and leather nameplate. 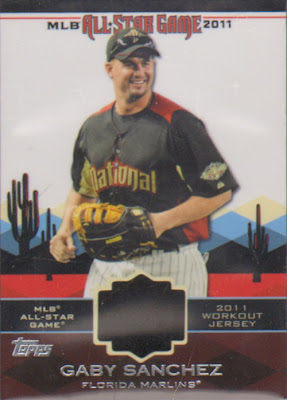 I have to say I really like the look of these All Star Relic cards.  Very classy.  I know I have at least 3 Brewers I need to pick up. 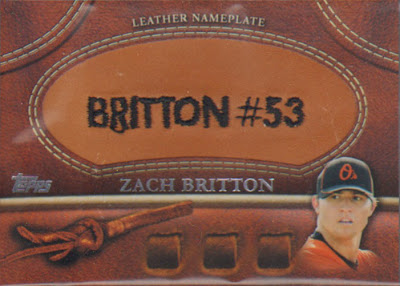 Rookie Zack Britton.  I'm still disappointed with these cards.  I think Topps could have done so much better than they did here.
I also got 50 cognac diamonds.  I noticed that the first box all my cognac where either update or Series 2. This box they were all update or Series 1.  Nobody really awesome except for this one variation. 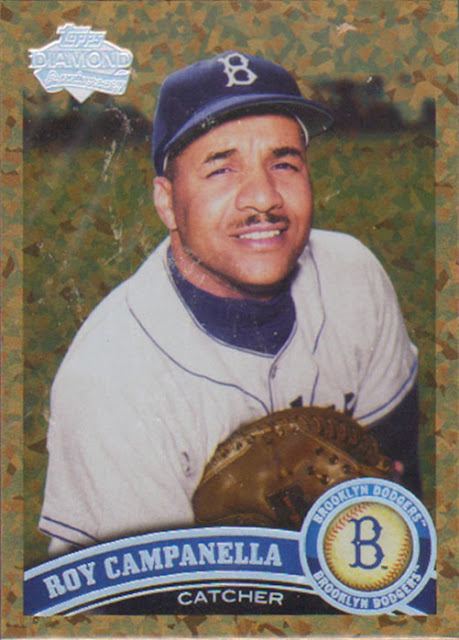 This is actually a Series 1 Variation. 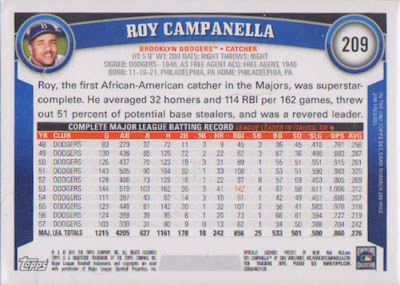 See here's the back.

My one update variation is this nice Tris Speaker in an Indians uniform. 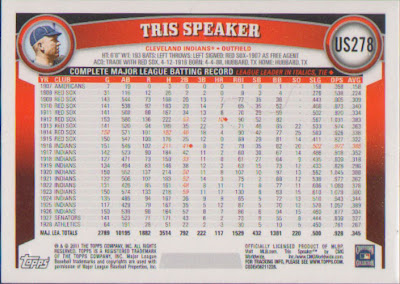 I seem to pull a lot of Tris Speaker stuff for some reason.
I also pulled a Platinum Diamond Variation.  You might know this guy, but not the uniform. 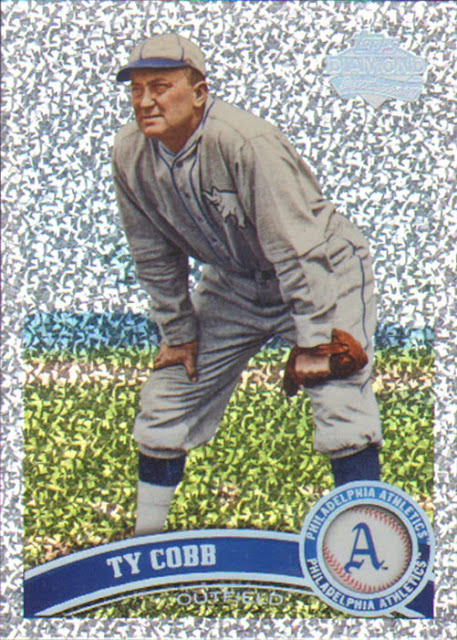 What??!!?? You say Ty Cobb in an Athletics uniform? Blasphemy!!  Well he did play his last two years with the A's. Look it says so right on the back 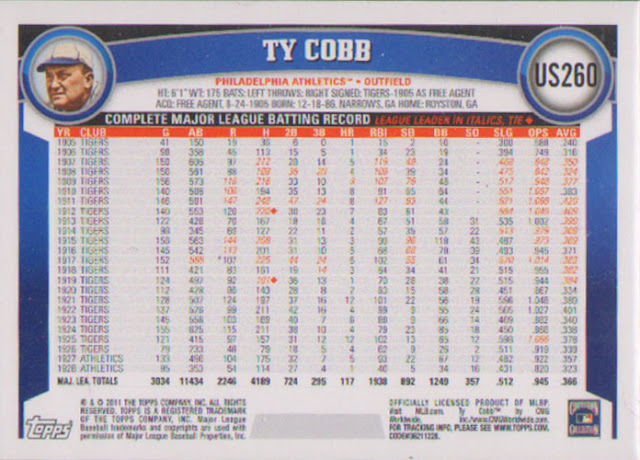 I also got one Black with is seems to be the going rate of 1 per jumbo. 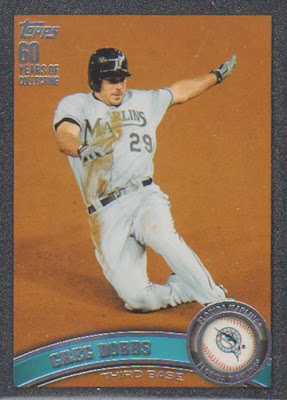 But by far the best hit was the autograph.
I got another great Next 60 auto. 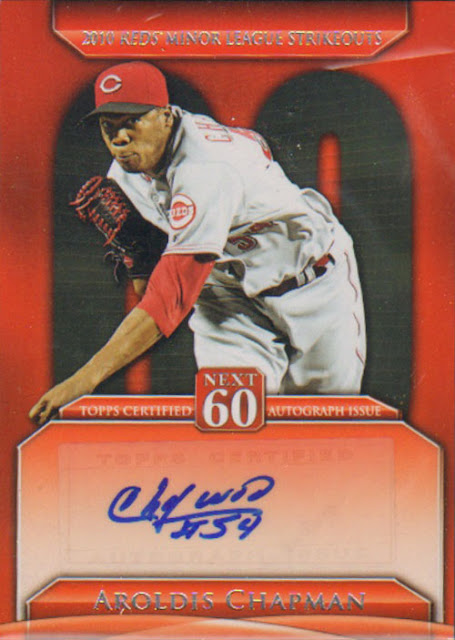