Almost the Easiest World Series Contest on the Web ain't over yet!! 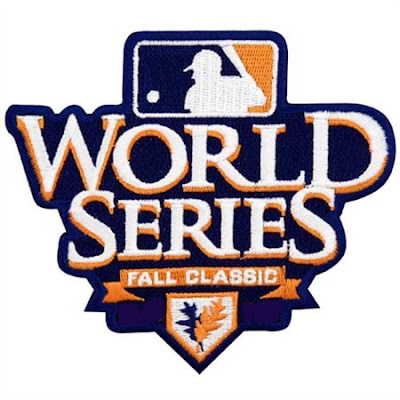 Woh boy.  I really thought I'd be announcing the winner of my first annual World Series contest.  Man that was a crazy game 6.  I really can't wait for tonight.  I mean not being invested in either team lets me just enjoy the game and even though I'm rooting for the Rangers, that Cardinals double comeback in  extra innings win was pretty awesome.  That being said I'll announce the winner of the contest this weekend sometime.  I've got a Halloween party to recover from Sunday.  And my Packers are on their bye weeks so I'll be sleeping in. Football starts at 9 sharp in the last frontier.

So here are our three finalist again.  If the Rangers win it's going to come down to HR's between the Night Owl and Play at the Plate and at last count I do believe there were 14 total HR's.  I could be wrong, I'll look up the final stats after the game tonight.  But with that being said it's pretty much a two person team between Colbey and Play at the Plate.  Sorry Night owl.  I've already started gathering some Rangers and Braves cards up for the possible winners and I have a feeling I'll be sending out goodies to all three of our finalists.  So thanks for playing, thanks for reading and go Brewers, damn.


Our Finalist and their guesses
Play at the Plate - Rangers over Phillies in 6. 13 Homers.
Night owl - Rangers over Brewers in 6. 7 Homers.
Colbey - Cardinals over Tigers in 5. 7 Homers

Labels: almost the easiest world series contest on the web