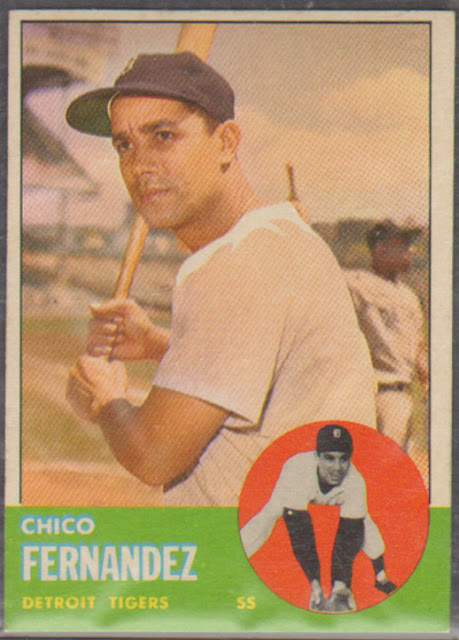 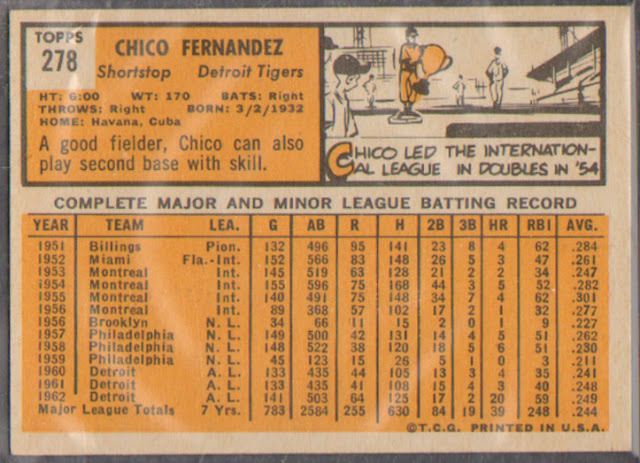 #278  Humberto "Chico" Fernandez Perez..  Chico started his major league career with the Dodgers in Brooklyn, but with Pee Wee Reese at shortstop had no shot at being a regular starter. In 1957, he was traded to the Phillies for 5 players and a butt load of cash.  Chico became the Phillies regular shortstop for 2 seasons, until he was traded to the Tigers in 1959.  1963 would be Chico's last year as a Tiger as he was traded to Mets in May of that year.  He only played 58 games for the Mets till he was traded to the White Sox, but never ended up playing a game for the Sox.  He finished his career in Japan playing for the Hanshin Tigers.  Chico is still kicking at the ripe old age of 79. 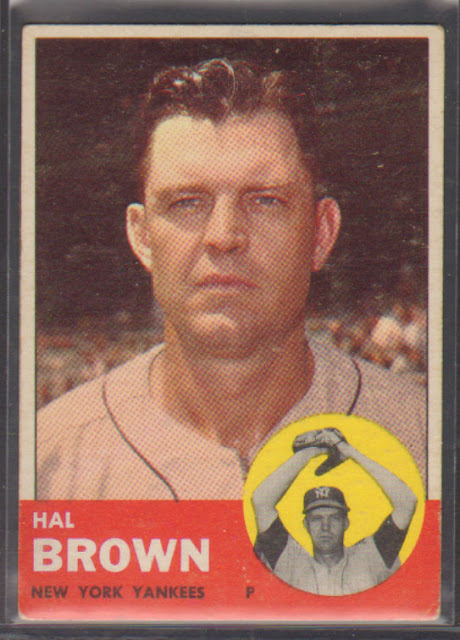 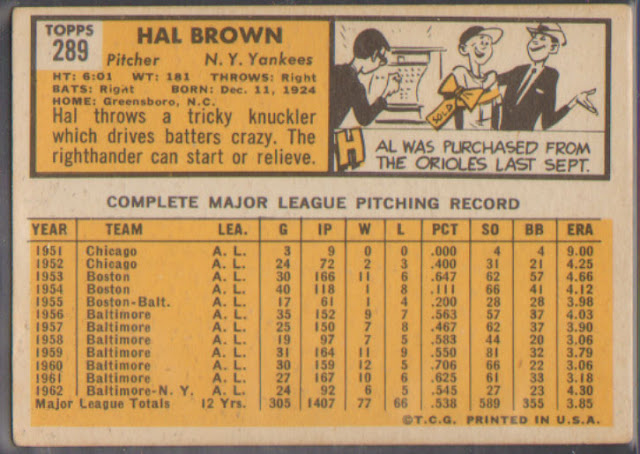 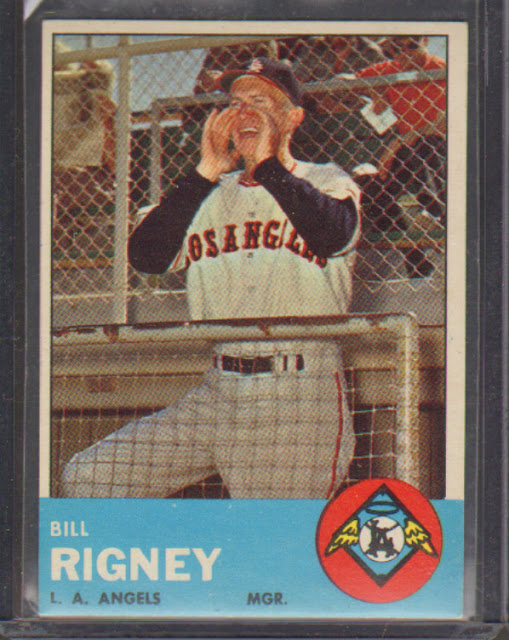 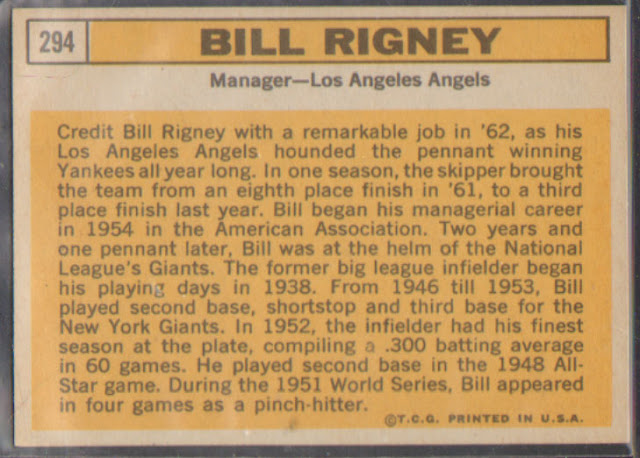 #294 - Bill Rigney.  Bill had a 26 year career in the  Majors as both a player and a manager.  As a player Bill played his whole career with the New York Giants. Bill would go on to Manage the Giants from 1956 to 1960.  He then went on to manage the Angels from 1961 to 1969.  Bill was fired from the Angels in early 1969 and went to San Fransico to join the Giants broadcast team. In 1970 Bill was in Minnesota and would take the Twins to the AL West Chamionship.  We as replaced in 1972.  Bill went onto to scout for the Padres and Angels in 1973 and 1974 before returning for one final managial stint with the Giants in 1976.  In the 80's Bill was a front office consultant and TV and radio announcer for the Oakland A's.  Bill passed away in 2001 at the ripe old age of 83.
Posted by cynicalbuddha at 10:54 AM