I had this whole diatribe about Linsanity written up and then erased it all.  I understand why it's happening and I guess for a struggling NBA, with attendance down, a lock-out shortened season, basketball fans and for that matter owners and players need something to believe in. They need that underdog story.

Alright that's all I'm going to say on that.  I have a few cool cards I want to show off.

First is a card that I wish I'd have pulled 3 years ago.  I was in Colbey's group break over at Cardboard Collections this month. He broke a jumbo box of 2012 Topps and a box of 2009 Topps Ticket to Stardom.  I didn't really get anything great out of the Jumbo box, pretty much a team set and a couple inserts, but I took one of the big hits from the Ticket to Stardom box.  The really big hit was a Dustin Pedoria auto relic card, but I think a got a nice close second. 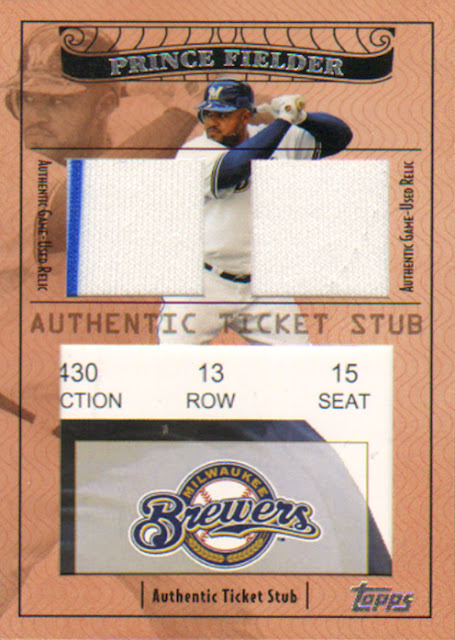 A dual relic ticket stub of the pudgy new Tiger himself. 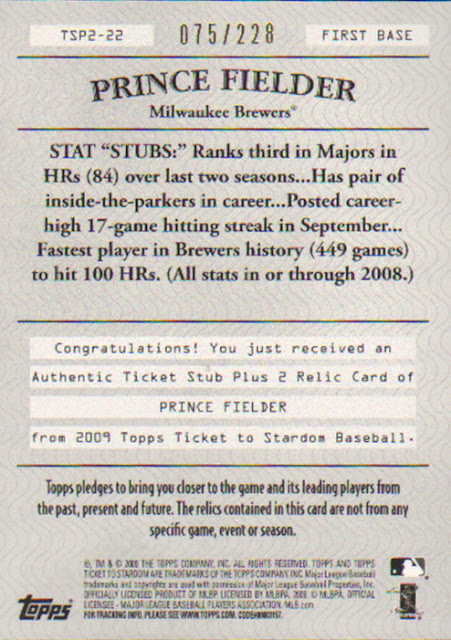 Numbered to 228 to boot.  I think this was my first hit in all the group breaks I've taken part of.  Pretty sweet.  Thanks Colbey.

I ended up picking up two Retired Rings cards from the Jumbo packs I opened and I was hoping to get a pin card as well.  The checklist only has two guys I really wanted out of Series One.  The first is Reggie Jackson, which I haven't gone after yet, and this one.... 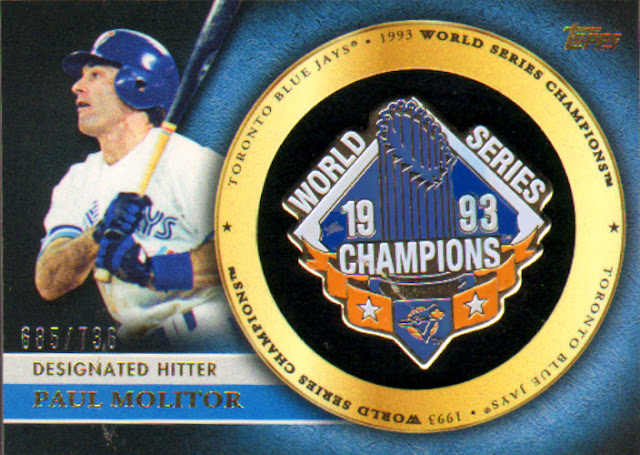 I would have loved to get Paulie Mo in a Brewers uni, but alas the Brewers have never won a World Series.  Paul got close in 1982, but  it was 11 years later he helped the Blue Jays do it.  I'm not a huge Molitor collector, but I'll take a cool card when I can get it cheap.  And these cards are pretty cool in hand. 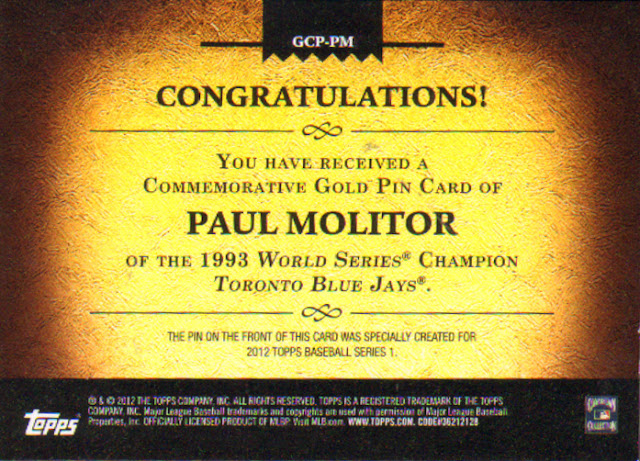 Posted by cynicalbuddha at 11:23 AM