I always try to get in on the free easy contests all you fellow bloggers hold from time to time.  Brian over at Play at the Plate had a contest awhile back.  I believe you had to guess what he pulled from packs or boxes or something, anyways I know I guess right twice, but only got one entry, but one was all I needed, cuz I won!!!
My prize was a blaster of 2012 Topps Series 1.  Brian asked if I'd mind he just send the cash as that would be a lot cheaper than shipping a whole blaster up to me.  And of course it didn't bother me at all.  He also sent along a sweet Yovani Gallardo relic he pulled too. 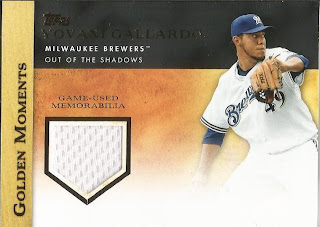 Well when I got home last night I had a nice package from Texas.  I had to take the dog for a walk, but after dinner I hightailed it right down to Target to get my blaster!  I had already bought one from Wal-Mart, so I figured I'd mix it up and see if I could pull a few Brewers red bordered cards, spoiler alert, I did not.
Here's my blaster.  I already pulled a Joe Morgan Historic Stitches card, I was hoping to get a Retire number patch card, spoiler, I did not. 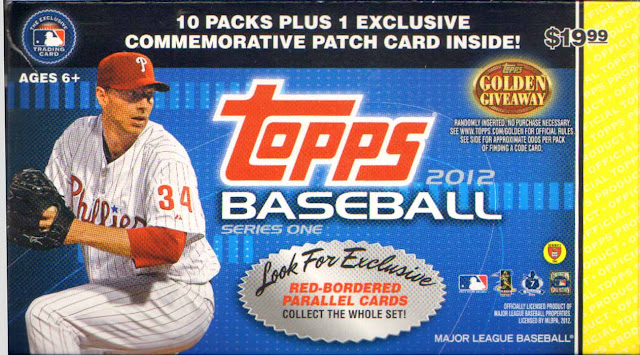 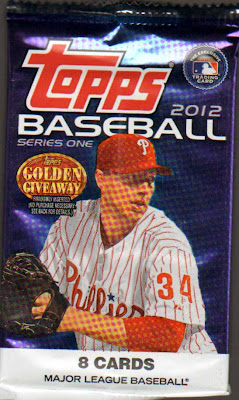 Another picture of Roy Halladay. 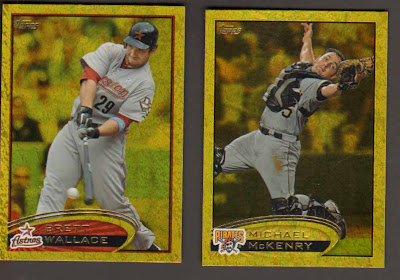 Here are the two Gold parallels. 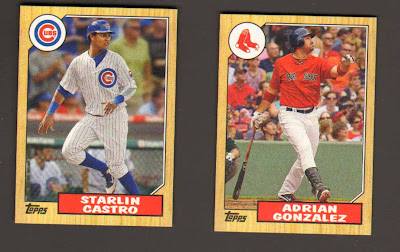 I got two 87 Mini's both of which I didn't need for my set.
The funny thing about my two Gold Standard cards is not only did I need them for the set, but I also have player collections for both guys too. 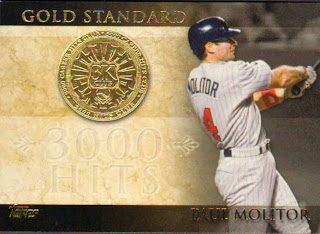 Paulie Mo in his Twins Jersey. 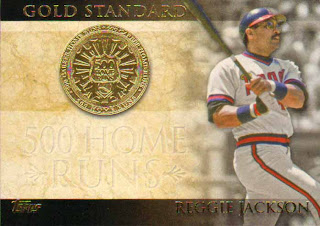 Reggie in his Angels. 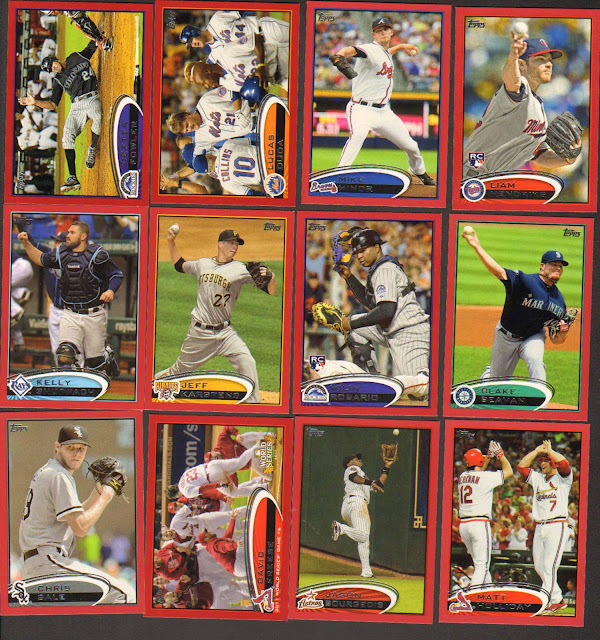 Here are my Red parallel cards.  Colbey and Hiflew, I've put the Braves and Rockies in your respective trade piles already, so unless you don't want them they're yours.
I also got two Golden Giveaway code cards. Since I've been hemming and hawing whether or not I wanted to enter any codes this year or just sell them off, I decided to say what the hell and enter my two codes from the blaster, since it was free.  Here are my two coins. 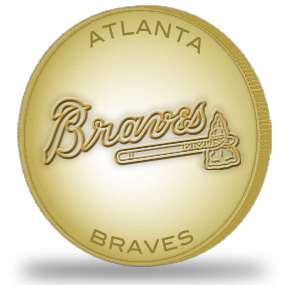 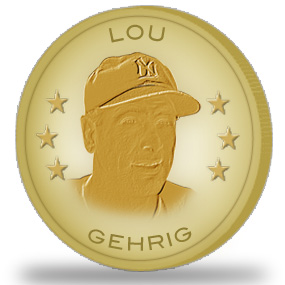 I also got a small stack of all the other inserts, but seeing as I'm not a huge fan, I won't bore you with those either and just get to the good stuff. 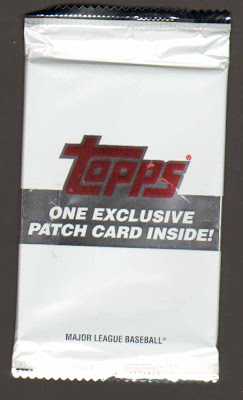 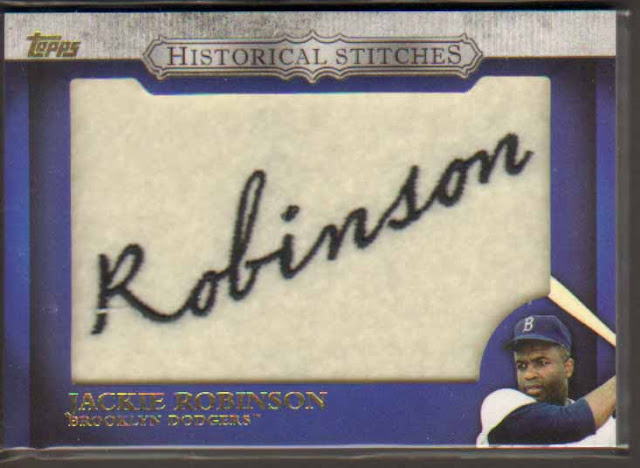 Unfortunately there are some minor flaws with the Stitches card, you can't tell from the scan but the upper right hand corner where the patch meets the cardboard has a small crease and there's a small crease by the J in the low left.  I was hoping to pull a Reggie Jackson for my PC, but what can you do.
Anything not already spoken for is up for trade. Let me know.  I have a few trade packages getting ready to head out to all you awesome people who helped me out with my 2009 Upper Deck set.  If I end up getting all the cards pledged I'm down to only 2 left!!!!
Posted by cynicalbuddha at 9:33 AM