How I Accidentally Became a Darrell Evans Supercollector

Well not really, but close.  I was walking around the Value Village near my house, checking out books and looking to see if they had any cheap lego base pieces I could use to display my growing Micro Figures collection when I spotted a bunch of baseball cards bagged hanging on a display hook.  Actually the baseball cards were spread out all over the store on random display hooks.  Most of the cards were 2011 Topps baseball or mid 90's junk wax I'm sure someone donated to get a tax deduction.  But one bag stuck out at me.  To be honest I didn't really even realize that Darrell Evans was on the front, but his 89 Donruss cards was right there on top, but when I flipped the bag over I noticed that the back card was a 1974 Topps. As a matter of fact half the bag looked like it was filled with 70's wax!  I also failed to notice whose 74 card was on the back at the time.  But it was Darrell Evans.  As a matter of fact all the cards in the bag were Evans. 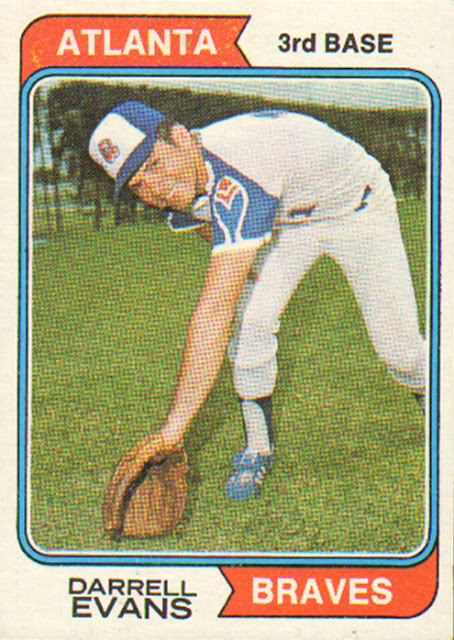 Here's the card that got me to by the pack and at $1.99 I have no regrets.  The 74's distinct back could not be denied. I didn't pack search the cards, so I was a little surprised that all the cards in the bag were of Evans.  More than half of the cards were his '89 Donruss card. 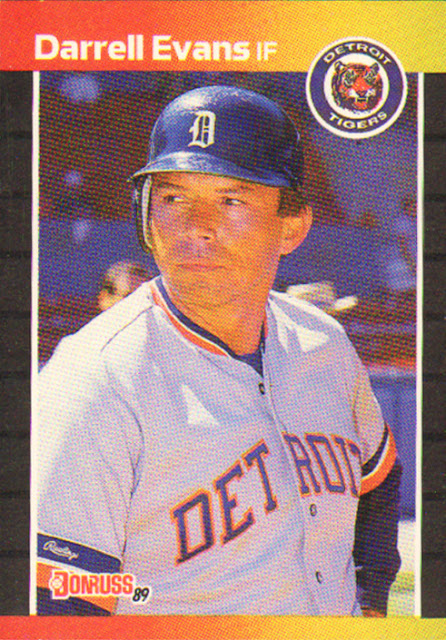 1989 was Darrell's last year, he actually finished his career with the team he started with, the Braves. the rest of the cards were a nice collection of 70's and early 80's cards. Darrell did have cards issued in the 1990's with him in his Braves uniform again. 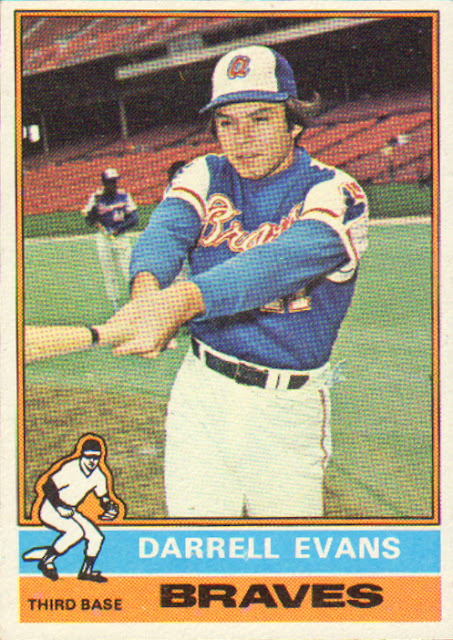 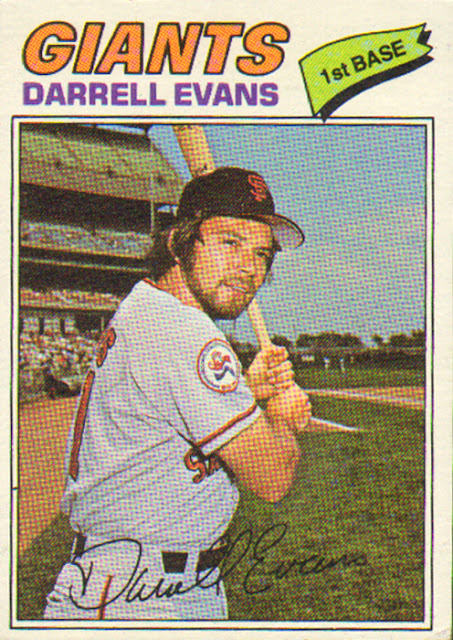 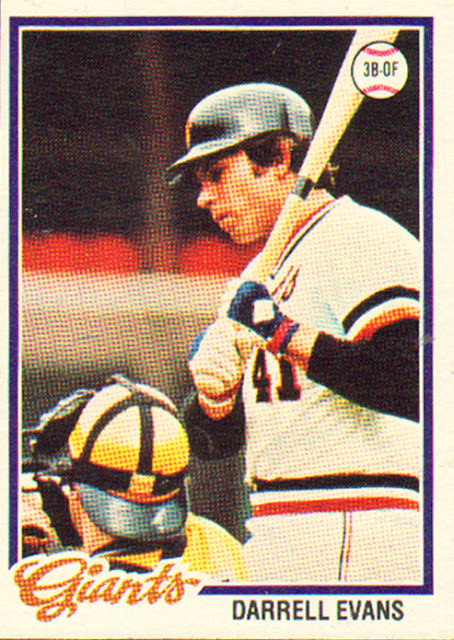 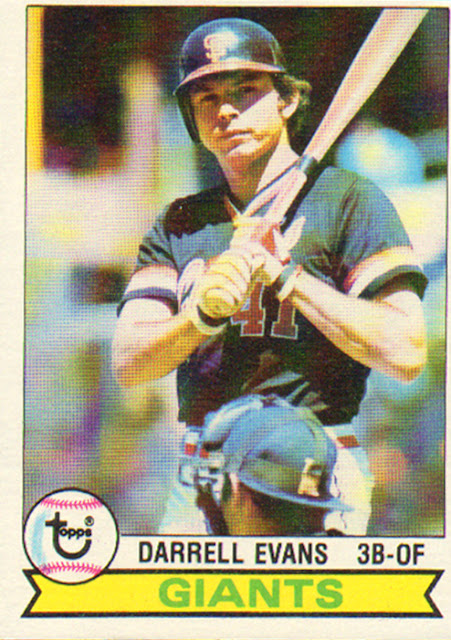 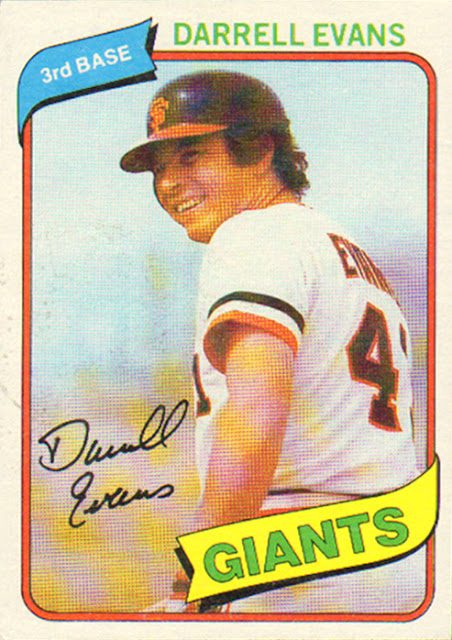 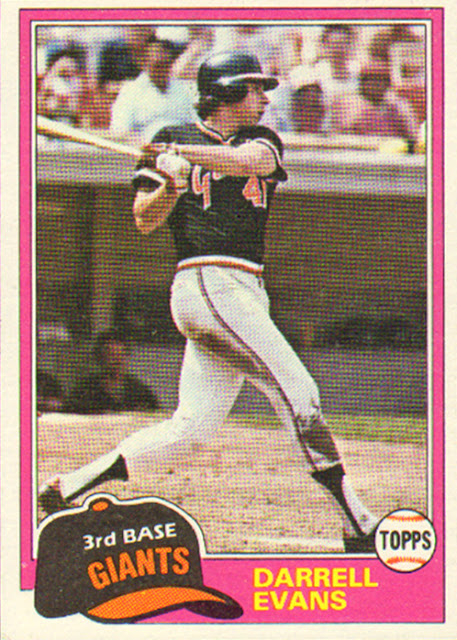 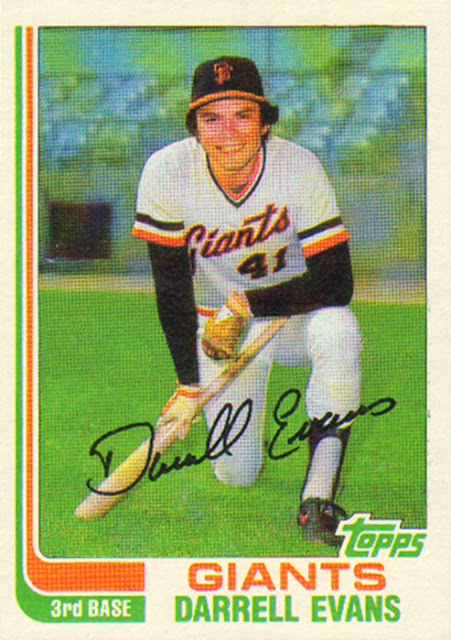 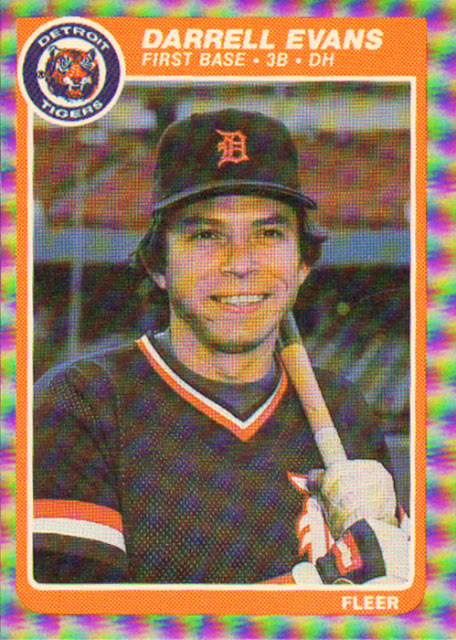 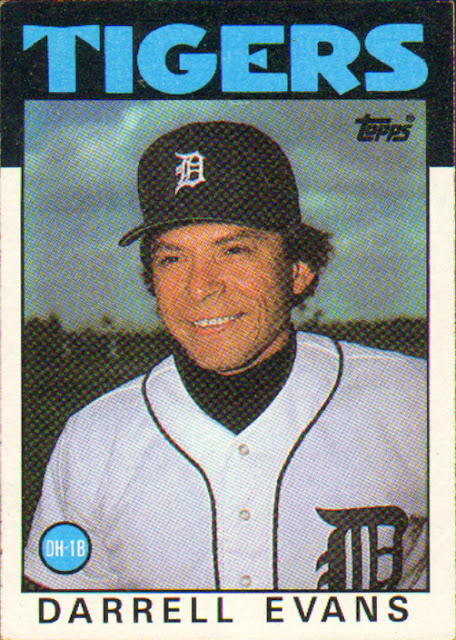 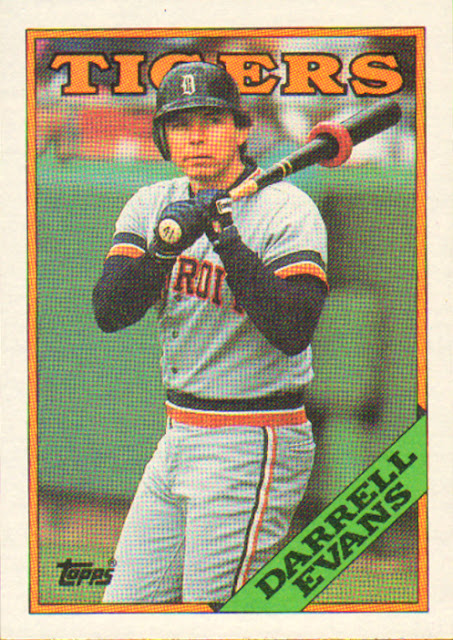 Not a bad little collection of cards for under 2 bucks.  I think I might have to send a couple of the 70's cards to Darrell and see if he'll sign them.  Since I started collecting back in the 80's I mainly remember Darrell as a Tiger, but I'm sure there are plenty of fans out there that remember him as a Brave and Giant.  Darrell retired after the 1989 season and went to coach for the Yankees. Darrell is now the Commissioner  and an instructor for the California Winter League.
Author Bill James was quoted as saying that Evan's was "the most underrated player in baseball history, absolutely number one on the list."
And for most of his career poor Darrell was overshadowed by another 3rd baseman, Mike Schmidt.
Posted by cynicalbuddha at 10:28 AM