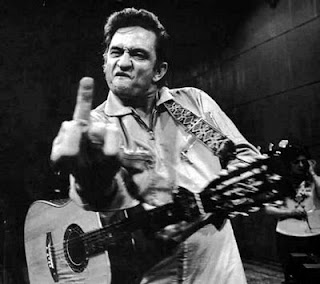 Ah nothing like a little Johnny Cash in the morning.  I haven't had a beer for breakfast in a long time but in college ho boy.

Anyway, did everyone have a great Christmas?  Mine was pretty cool.  I got a house.  Pretty sweet.  Of course I've been blogging about the move for a few weeks now.  I have to say I'm enjoying home ownership.  I only wish it wasn't -10 outside right now and I might be enjoying it more. It sucks being stuck inside.  My fiance and I took the dog for a walk the other night and we were only outside maybe a half hour and our legs were numb and we were wearing long johns.

It's taking me longer than I planned on getting the spare room situated. And man do I have a lot of cards and comics.  I've been weeding my way through the boxes decided what I can put out in the shed that the cold weather won't kill.  There's lots on my to do list.  But I have been finding all sorts of cool stuff, nothing scanned yet or photographed but I've found some great blogging fodder.

Some blog updates.  As you can see I've change the layout of the Crack a little.  I've also been working on my other blog sites as well.  I really like my Rollie fingers layout.  I also got rid of my football counter that was over there and added the Blogger counter.  The football counter was linked to this blog and the Yount and Fingers blog and would count every hit to any site, even all my own hits as I was tweeking and proofing the blog.  So as you can see I've gone from almost 10,000 hits to just over 6,000 on this site.  So celebrating that milestone might be a ways off, however my 200th blog post is still coming up. I do believe I'm about 15 or so away.

I also discovered the new stats tab.  Tres Kewl.  It lets you see how many hits you get, where they come from, ect ect.  I also finally figured out how to make a stand alone page and listed my Yount list over at the Yount collector.  I've been meaning to do that for while.  It's easier to put up a list of what I have then what I need or want.  I'll get around to going one over at the Fingers Collector too as soon as I get a good inventory.  And I plan on putting up a set needs page here too to help complete some sets that have been sitting around uncompleted for far too long.  And probably a trade bait page as well.

It's been a slow card month for me.  I've been being good with buying a house and all but I did pick up a few pack the other day.  Mainly to get my week 15 Topps Redemption which was Tim Tebow.  I picked up a pack of Donruss Hockey, UD Black Diamond, Topps Prime, Bowman DPP, and Panini Gridiron gear.  Only missed one sport.  I got a nice dual patch Mark Sanchez Plates and Patches card outta the Gridiron but that was it.  I really wanted to put together a Topps Prime set.  It's just got great looking base cards but I picked up a few rack packs at Target a few weeks back and after comparing the retail and hobby I'd have to go after one or the other.  The hobby cards are twice as thick as the retail base cards.  But the fronts look the same.  No low numbered rookies in the retail though.

Since I'm rammbing what a great day for the pack, decimating the Giants but wow what a great comeback for the Broncos. They might finish 5-11 this year.  But Tebow was pretty good I have to admit. And I got a great packer hoodie for christmas to wear out to see the game. 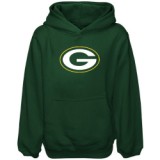 The giant G on the front is super stiff right now, it almost feels bulletproof. After wearing 3 days in a row my fiance made me wash it.
Have a safe and happy New Years.
Posted by cynicalbuddha at 1:16 PM